For our final seminar of 2017, the Food Values Research Group is pleased to present: 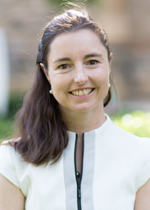 Consumers around the world are increasingly worried about food safety and quality, and their demand for increased credence goods such as certified organic food has driven a significant increase in the production of organic farming in general. Australia is now ranked number one in the world in terms of certified organic farm land (27 million hectares); and the estimated total value of the organic industry in Australia in 2017 was $1.72 billion (and growing). It has been estimated that two out of three Australian consumers have purchased organic products. This study applies structural equation modelling to understand in more detail the influences driving South Australian consumers stated purchase of certified organic produce (n=1000). As well as controlling for the well-known influences of gender, income and environmental attitudes on organic food purchase, this study in particular investigates the influence of two psychological constructs (namely self-deception enhancement (SDE) and impression management (IM)) on organic purchasing behaviour. SDE refers to unconscious, positive, self-defensive, largely adaptive aspects of social desirability; while IM is about a conscious effort to be socially desirable to others. Preliminary results suggest support the hypothesis that there exists a certain level of social desirability (SDE) bias influencing consumers’ stated purchase of organic foods, but no evidence that IM influences organic purchasing behaviour.

Dr Sarah Wheeler is an Australian Research Council Future Fellow with the Centre for Global Food and Resources, University of Adelaide. She is an Associate Editor of the Australian Journal of Agricultural and Resource Economics and an Associate Editor of Water Resources and Economics. She has been a guest editor for a special issue of Agricultural Water Management and is currently on the editorial boards of Economics and Agricultural Science. Sarah is also the Chair of the Murray-Darling Basin working group of the Food, Energy, Environment and Water (FE2W) Network. Previous jobs include working at Rural Solutions South Australia, ESCAP United Nations (Bangkok), Environment Agency (UK), the South Australian Centre for Economic Studies and University of South Australia.