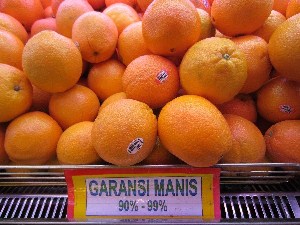 Delegates at the 2013 Food Security Regional Dialogue had contributed to food security dialogue by presenting current food security policy and situation in their home countries. They have also contributed to provide recommendations on good policy guidelines for food security. At the final session of the meeting, some key areas of follow-on activities were identified.

Undertake further research to  take into account the changing demographics of economies, the structural changes including urbanisation, the change in dietary patterns and their diversity within and among economies, and so the emerging health issues, then the nutrition, health, and economic consequences of long term food security policies.

Continue to study ‘the quiet revolution’ in supply chains, extending the work across economies and commodities, identifying the constraints to the development of efficient chains, the extent, drivers and consequences of competition in supply chains, the extent to which these chains operate across borders, the importance of access to logistics and other services (including from foreign providers), and the ethical issues and animal welfare, and their consequences for food security, the distribution of value added along the chain, farmer access to modern supply chains and the consequence for farmer income,  and for food safety.   Access to detailed consumer and household level data is important for this work.

Food security policy may have increasingly significant consequences on the environment, and at the same time changes in the environmental resources (including those related to climate change, and with respect to land productivity and access to water) are driving food security concerns.    This link is exaggerated by the connections of food and energy markets.   Urbanisation and industrialisation also consumes farm land and adds to demand for water.

This structural change heightens concerns about food security.  Consequences include volumes of production but also its quality and safety. The design of food security policy should take into account this context.  This will require valuations of environmental services to optimise the use of the land and water resources.

Relevant research is to monitor shifts in land use and their economic, social (including health) and environmental consequences – at economy level, but also at a regional level using modelling tools like GIS linked to economic modelling.  Assessing the application of methods for taking into account environmental consequences at local levels, such as pricing systems compared to regulation, is valuable in this context.

There has been some argument that global expenditures on agriculture R&D have been falling, however, since the turn of the century, especially in the public sector and private sector spending has not made up the difference. There is further some assessment that his situation has contributed to rising food prices this century.

In some countries, however, spending is rising, eg in China.  So one question is the pattern of spending in APEC and its trends. All R&D spending is expected to contribute to increases in agricultural productivity, albeit with some lags.   Studies of the lengths of lags could be useful for policy makers.

In the meantime, there are many questions about the management of agriculture R&D investments, including areas to target, the role of public versus private institutions,  the forms of outputs from the investment (contributions to science or results which can be translated to production processes), the dissemination of results to and restrictions on their adoption by farmers. Resolving these issues would also help narrow the yield gaps in the region.

Cooperation in the distribution of R&D results across borders makes a further contribution. Comparative international studies of this topic in economies of various stages of development would be a contribution of value in the context of managing food security in China.  In summary, there are three questions – spending patterns, lags in impacts and management issues. They are old questions – but the current state of world food markets suggests they are highly relevant.

The role of the informal sector is dominant, and traditional markets continue to be important.    While modern marketing systems offer significant benefits to farmers, the experience is that only a small proportion of farmers are able to participate (maybe less than 5%).  Understanding the constraints at the household level to doing so will be valuable.    This may relate to regional characteristics and some regions may be ‘doing better’ than  others.

It is important to understand this regional variation, which may require study at relatively low levels of analysis eg village level. At the same time, the development of those farmers who are not participants in the modern chains will become increasingly important as they are apparently ‘left behind’ in the process of development. This work contributes to the ‘inclusive growth’ agenda.

Agricultural markets remain highly distorted and there is evidence of policy varying with shocks from world markets.  In addition, in relation to food security there is evidence of the increasing interaction between policies in different economies, such as action by food exporters leads to a response by food importers.

Capturing the impact of trade policy on trade flows and food security, including in times of supply side shocks, and the effects of the interaction of choices of policy among economies continues to be valuable.

*These policy guidelines for food security were summarised by Professor Christopher Findlay (University of Adelaide).