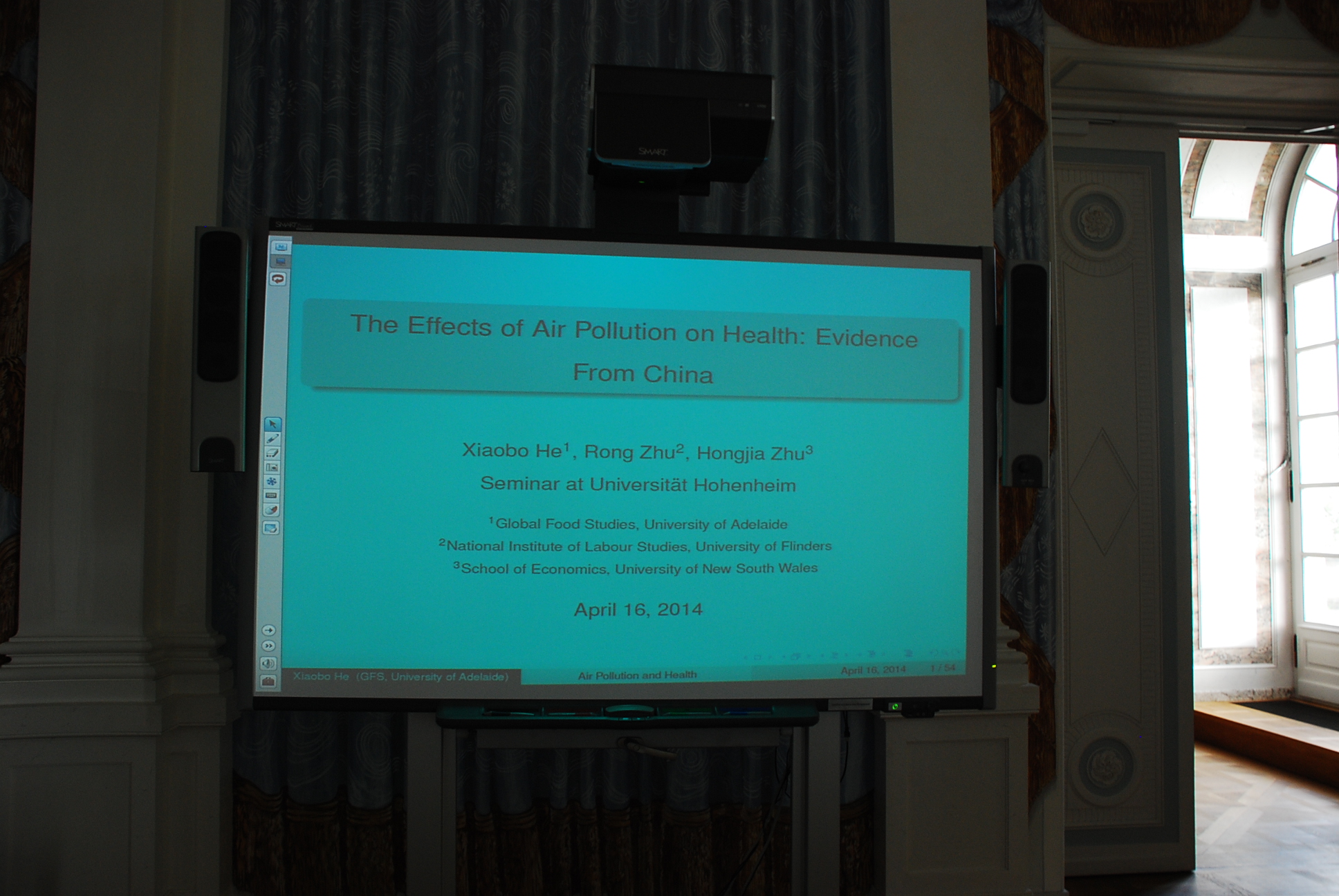 Xiaobo presented his joint work entitled “The effects of air pollution on health: Evidence from China” at FZID Lecture Series Research Seminar at University of Hohenheim on 16 April 2014. He emphasised the importance of looking for micro-level causal evidence on how increasingly severe air pollution in developing countries may worsen individual health outcomes. In the analysis, he and his co-authors propose a novel instrumental variable approach to mitigate endogeneity issues. In addition, they consider both subjective and objective measures of health, which also potentially contributes to the existing literature.

Xiaobo then presented his joint paper entitled “Food security in 18th-century China: Did the state civilian granary system stabilize the rice markets?” at brown bag seminar at Stockholm China Economic Research Institute (Stockholm School of Economics) on 23 April 2014. In this project, he and his co-author examine the association between the changes in storage of state civilian granaries and dispersion of rice prices in southern and eastern China during 1741-1795. The preliminary results show that increases in granary holdings are statistically significantly correlated to more stable rice markets (relatively lower price dispersion). 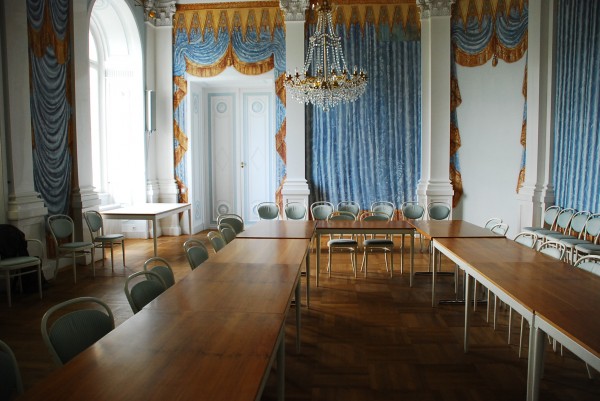 This entry was posted in Trip. Bookmark the permalink.