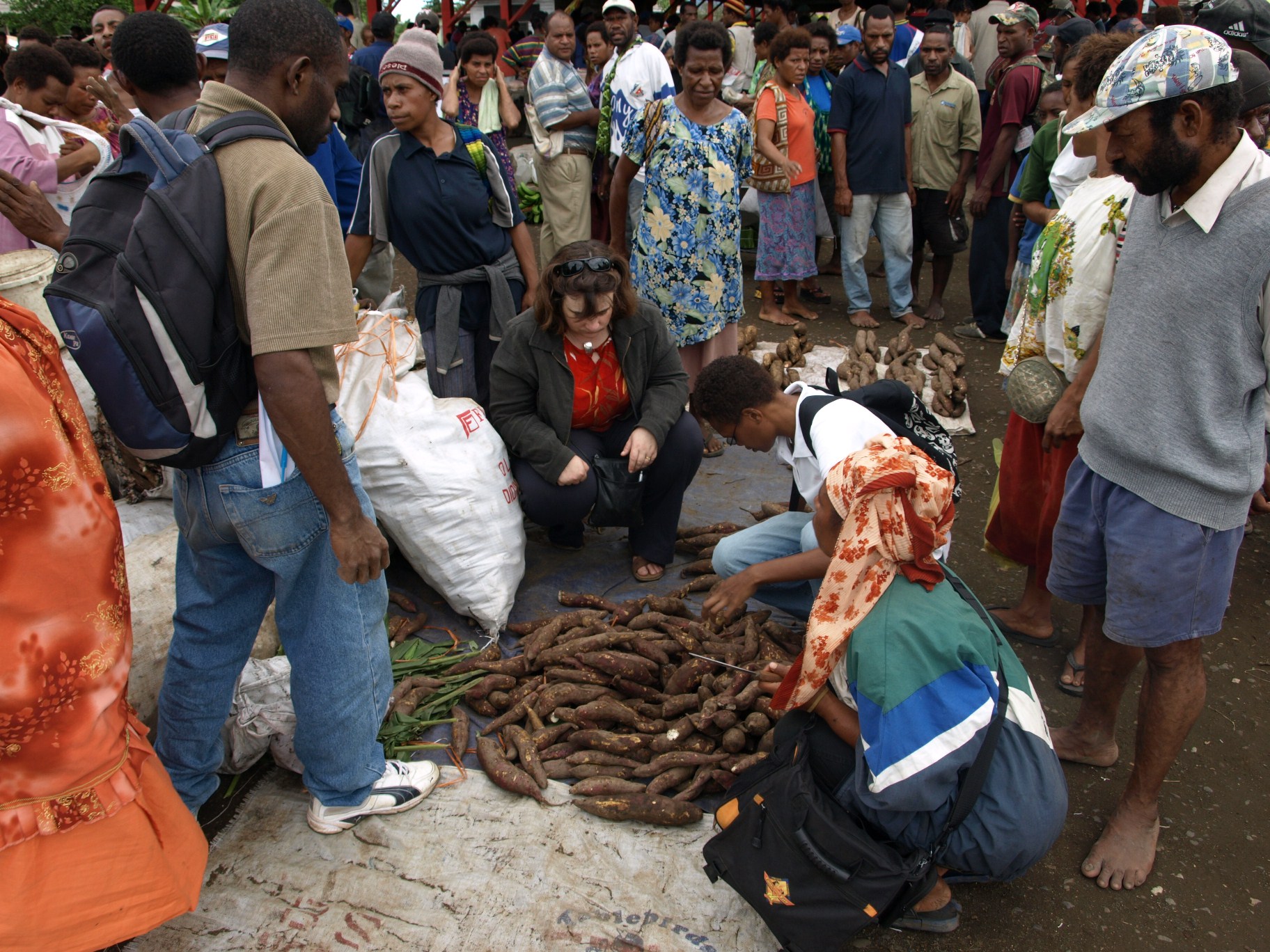 Global Food Studies researcher Dr Suzie Newman presented her work at GFS seminar series on “Mapping sweet potato supply chains in Papua New Guinea”. The work was co-authored with Isidora Ramita, John Spriggs, Kylie Crampton, Guinevere Ortiz, Ronald Pam and Conrad Anton and was part of an ACIAR-funded project run between 2008 and 2011. The project was a collaborative work between the University of Canberra and NSW Department of Primary Industries and local agencies in PNG.

According to the ACIAR Project ASEM/2006/035 homepage, sweet potato is a major staple food crop in Papua New Guinea, providing 43% of total dietary intake (as measured by weight and food energy). Annual production is currently 3 million tonnes with 75% of this crop produced in the Highlands.

Dr Newman explained that the project used a “participatory approach”. Participatory development refers to involvement by local populations in the creation, content and conduct of a program or policy designed t change their lives (R Jennings (2000) from the World Bank).

In the GFS seminar series, Dr Newman presented results from one of the analyses conducted in the project on mapping supply chains.

Problems with sweet potato or called kaukau supply chains have been much discussed. Losses have been quoted as high as 15-40%. There are also long supply chains from farms to markets eg Port Moresby.

The project tracked 10 consignments from farm to market and looked at the environment in the kakau bags eg temperature, humidity and different amount of damages that occured including cuts, disease, skinning, and breaks which can estimate “marketability”.

The project highlights directions for future research and development which include post-harvest (variety evaluation, packaging, curing and extension resource development) and marketing such as transport and microfinance.