“Dont forget the ladies”: The role of women in agriculture

Her message was clear and important: Invest in women. 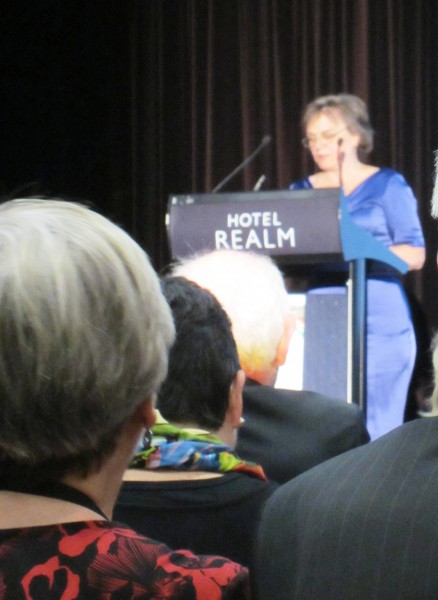 Prof Bertini opened her speech by highlighting what we have achieved so far and the importance of agriculture. Although there are still 870 million of people with acute hunger and malnutrition, comparing to the number in 1970, it is about the same whilst the world population has doubled.

Agriculture has played an important role in reducing poverty.

Economically successful countries started with agriculture – think about Australia and the United States, although there are few exceptions such as Singapore and Hong Kong.

Challenges remain. We are challenged by climate change, nutritional challenges and how to increase R&D in agriculture. In regard to the later, Australia has potentials to play a key role. Globally, we need to think beyond national programmes.

What do we need to do?

Between 1960 and 2000, although we were experiencing massive growth in the world population, we benefited from the Green Revolution which increased food production – although as we all know the Revolution is not free from criticism.

How about now, perhaps “Rainbow Revolution?” considering multi-aspects we need to deal with.

Assistance to smallholders remain important. It is important to note, however, smallholders are heteregenous. Some have better education, some dont. Some have more access to credits, other have limited access. Women’s productivity might be higher than men’s.

To increase productivity, we must invest in women. Women produce 60-80% of food in developing countries. Unfortunately, many of them have limited access to credits and technical assistance; are landless. When given same inputs, women’s farms are 20-30% more productive than men’s farms.

Prof Bertini pointed out some practical solutions to address gender challenges in agriculture. These include provision of at least basic education for every girl; improvements in adult literacy including by teaching girls to teach their illiterate mothers to read; provision of training in agriculture using existing technologies including radio, etc; support for pursuing university education and designing and delivering out-of-the-box extension systems.

It is important to have an agriculture system where women’s voice can be heard.

Quoting from Abigail Adams who gave advice to the writer of the US constitution: “Dont forget the ladies”

At the networking dinner, Dr Robyn Alders was presented by a prestigious Crawford Fund medal for her extensive work and impact in Asia and Africa.

*This article was prepared by Risti Permani and is subject to her personal interpretation. 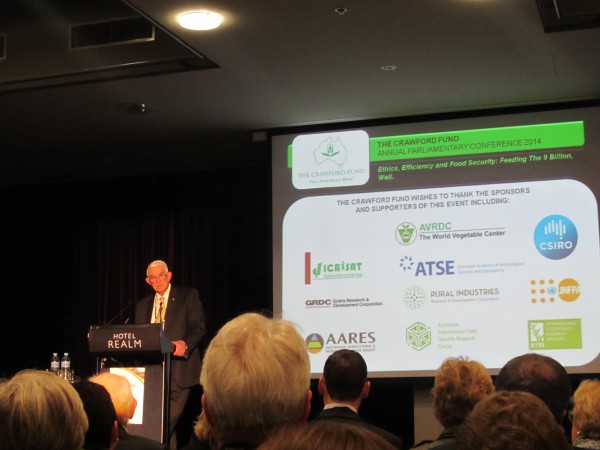 The Hon John Kerin AM of Crawford Fund 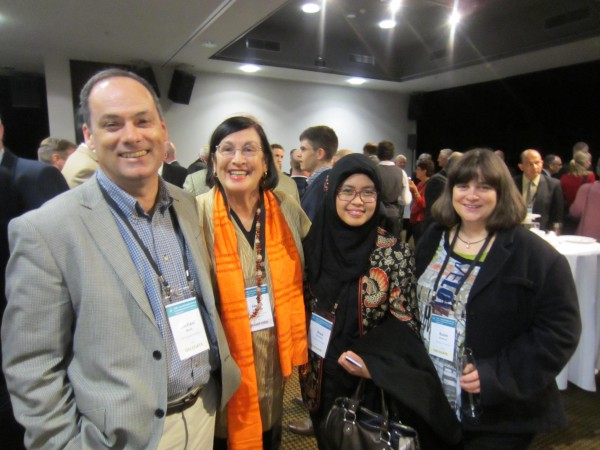 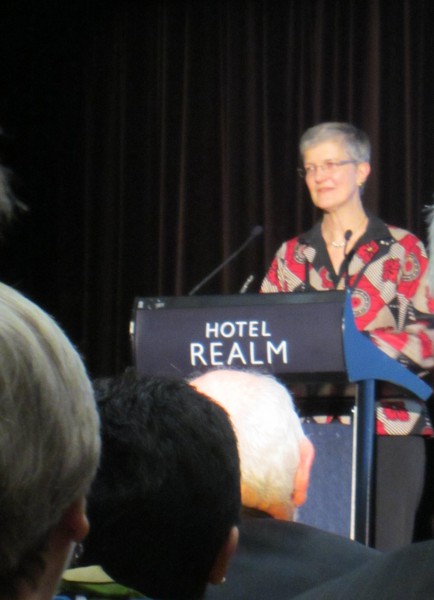 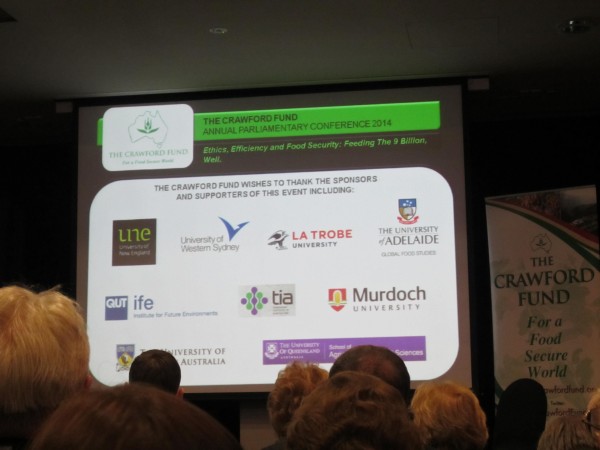