Global Food Studies has been heavily involved with ACIAR-funded project work in Vanuatu, particularly in the cocoa, canarium and tamarind industries.

“Our first concern has been with the safety of the people we know and have worked closely with”.

Communication with Vanuatu has been difficult so we are only getting snippets of information, but it sounds like the cyclone’s effect has been devastating.

ABC Rural (17/3) reported the statement by the Vanuatu Department of Food and Security saying that the country’s coral reefs and fish stocks might take a decade to recover; fruit and vegetable crops such as banana, coconuts, citrus and avocados have been destroyed; and many small livestock, including chickens and pigs, had been killed, and pens and shelters destroyed. Food concern is growing after the cyclone (The Guardian 17/3).

Statement from the Honorable David Tosul, Vanuatu Minister of Agriculture on 18 March 2015 said that “our agricultural experts estimate that Vanuatu’s people will run out of food in less than one week from today”. Furthermore, the government needs an initial investment of no less than US$ 2 million of financial aid to purchase stocks of imported foods and distribute them to the most affected islands. The local suppliers cannot get more food until the end of April. The Vanuatu government is hoping to receive in-kind food aid of rice, biscuits and tinned protein through the end of June 2015 when seeds and newly planted crops are harvestable.

The next step for Global Food Studies will be to see how we can help.

Mr Johns explained “The work to date has been all about the ultimate goal of livelihood benefits for the people of Vanuatu, so we will continue to work with our partners in the public and private sector to make sure these activities are as useful as possible in aiding in Vanuatu’s recovery”. 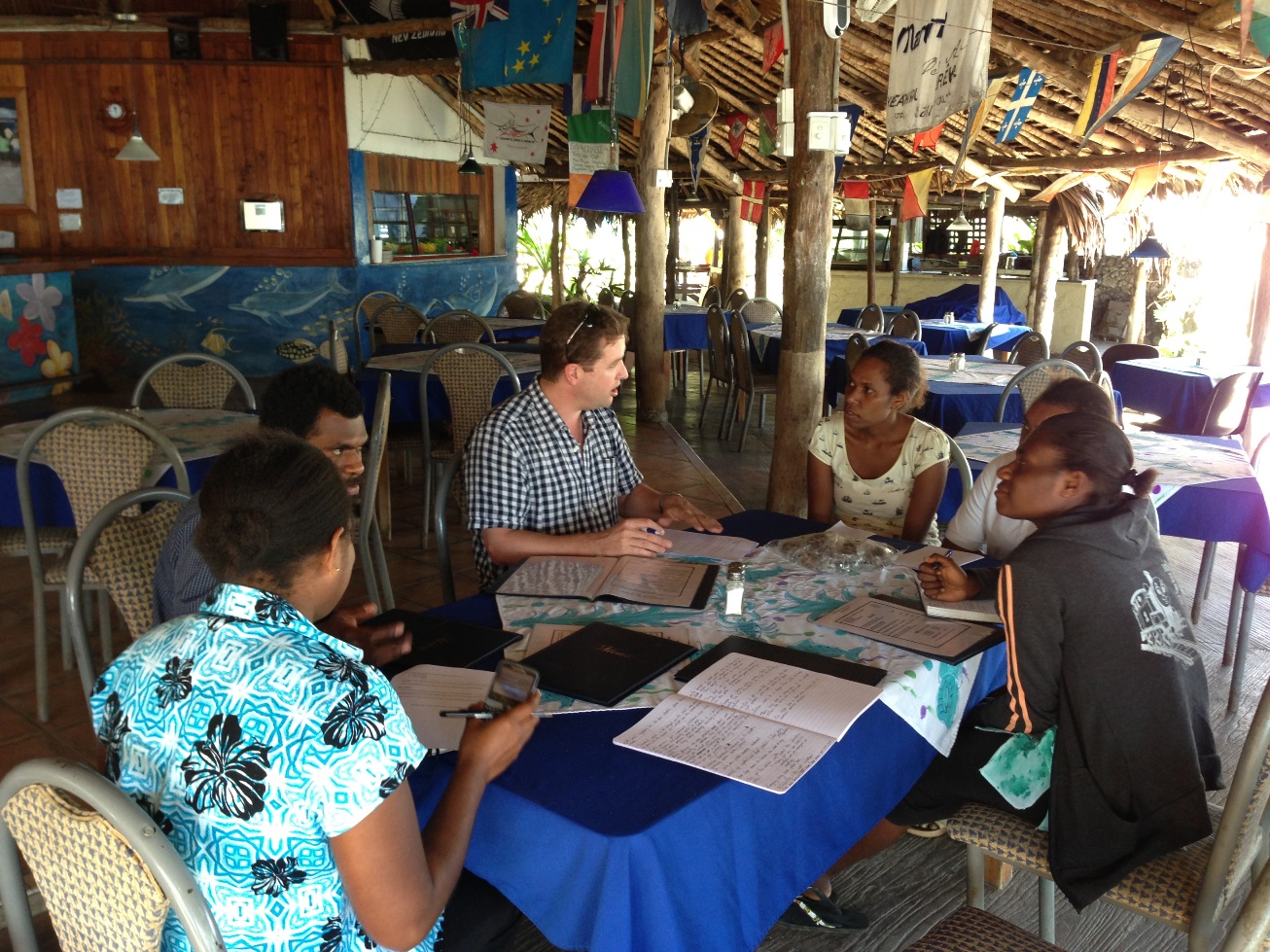 GFS Craig Johns during his field trip to Vanuatu in August 2013. Photograph by Camilo E. Garcia

Please read our past stories of our work in Vanuatu.