Global Food Studies partners Professor Kym Anderson AC and Professor Rachel Ankeny contributed to the recently-launched report from the Australian Council of Learned Academies (ACOLA) on Australia’s Agriculture Future. According to Australia’s Chief Scientist Professor Ian Chubb AC, the report “helps point the way to maintaining and enhancing our outstanding global reputation in agriculture, while at the same time producing more in a sustainable way”.

The report highlights “Australia’s bright future” given its continuing comparative advantage in the export of bulk commodities and increasing opportunities to respond to the growth in demand for high-value products domestically and in Asia as well as the strength of ‘Brand Australia’ highlighting our ‘safe, clean and green’ produce.

Australia’s capability to reach its potential would obviously depend on its responsiveness to the changing nature of global agriculture and food markets. 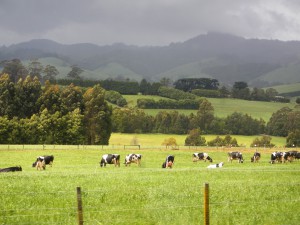 One of the most discussed topics at the moment is on what Australia could expect from the Trans-Pacific Partnership (TPP) trade agreement.

“The Trans-Pacific Partnership (TPP) trade agreement of 6 October 2015, after five years of negotiations among a dozen governments, is a major milestone.”

He further described that assuming the agreement is ratified by all countries’ parliaments over the remainder of 2015, it will expand access to a number of food markets of those countries for Australian exporters. They include beef, dairy products, sugar and rice to Japan over and above the access already agreed in the Australia-Japan Free Trade Agreement, slightly more sugar exports to the US, and much more access in all markets for fruits and vegetables.”

In addition to managing its trade and investment partnerships, the report highlights the importance of developing ‘Brand Australia’.

‘Brand Australia’ is clearly a key part of our export strategy given that Australia has a good reputation with regard to high standards for food production.

She also explained that it also is critical for domestic markets especially with growing attention to eating local and recent food scares associated with imported products. But for both markets it is crucial to be clear about what is being sold under this sort of branding, as the meanings associated with it may well differ for various products, and different types of consumers are likely to be seeking distinct attributes. So our food is associated variously with being fresh, clean, green, sustainably-grown, nutritious, local, and so on, but as not all of these characteristics apply to all food types, caution needs to be paid that strategies based on this type of general branding don’t backfire. 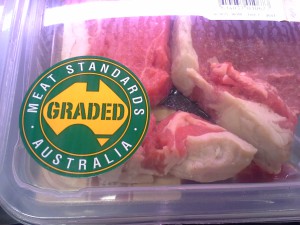 In addition to trade opportunities, food standards and branding, the report highlights various challenges and opportunities facing Australia’s agriculture from soil and water management, risks associated with climate change and climate variability, the need to attract capital and skilled labour and the need to accelerate the uptake of advanced technologies, communications and knowledge systems, and integrated workflows for decision making and planning, are critical for success along the whole value chain.