An Insight into the Tropical Oil Crop Revolution 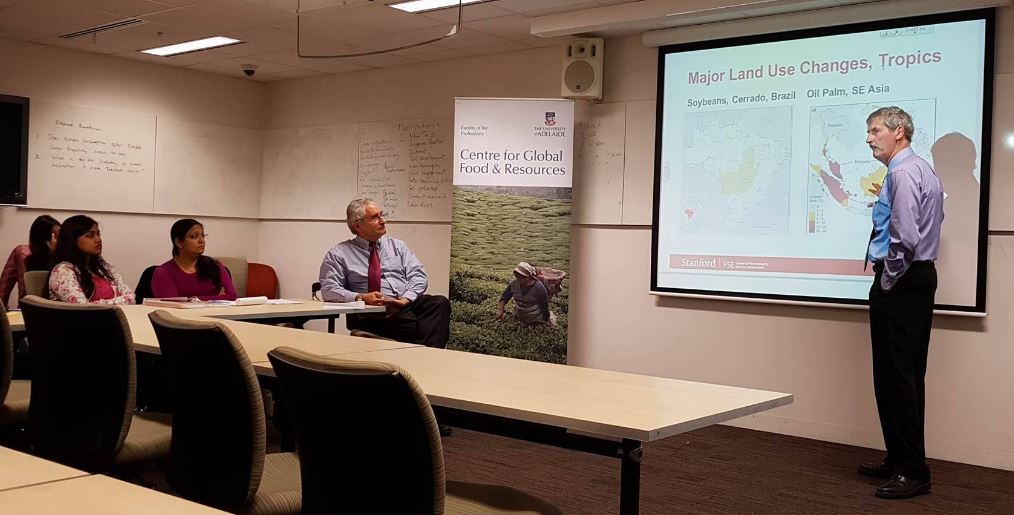 Fifty years after graduating from the University of Adelaide with a Bachelors in Agronomy, Dr Derek Byerlee returned to Adelaide to receive an Honorary Doctorate in Economics in recognition of his outstanding contributions in the field of agricultural economics. Following today’s graduation ceremony, Dr Byerlee presented a seminar on his upcoming book, ‘The Tropical Oil Crop Revolution: Food, Feed, Fuel and Forests’ (published Oct 2016 by Oxford University Press). The book examines tropical oil crops, which have been the world’s most dynamic agricultural sector in recent decades.

In the seminar, which was hosted by the Centre for Global Food and Resources (GFAR) and the Australian Agricultural and Resource Economics Society (AARES), Dr Byerlee discussed the economic, social, and environmental costs and benefits of the oil crops revolution. The main focus of the seminar was on soybean and oil palm – the two dominant oil crops in world agriculture, associated with the greatest increase in cropland in tropical countries in recent decades (1990-2010). 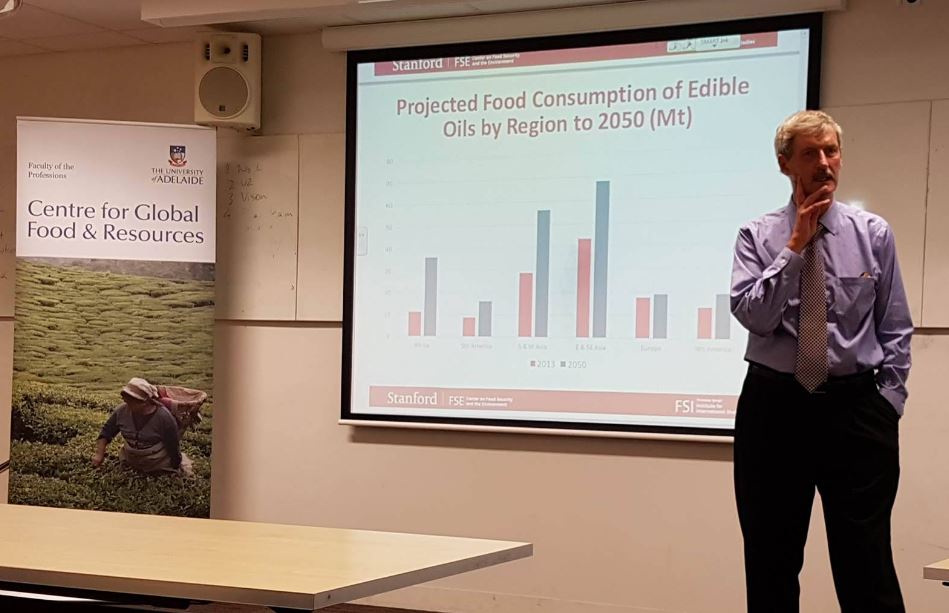 Palm oil is the cheapest oil in world trade, with the top palm oil producers being Indonesia (47%) and Malaysia (39%); and the largest importers and consumers being the European Union (EU), China and the rest of Asia. Looking at soybeans, while the United States used to dominate in the 1970’s, South America (specifically, Brazil) is now the top exporter; and China the top importer, followed by the EU.

Dr Byerlee explained that two farming revolutions (the ‘green revolution’ from 1965-1985 and the ‘oil crop revolution’ from 1990-2010) contributed to the rapid expansion of oil crops in the tropics. The demand and supply-side drivers of oil crop products were then discussed; followed by an overview of key stakeholders and assets in oil palm production models; and cautious projections for the future of the industry.

Data on land use change and greenhouse gas (GHG) emissions in the tropics between 2000-2011 were also presented. Land use change for cattle-rearing was highlighted as the top contributor to GHG emissions (mostly in South America), with soybean and oil palm a distance second and third place, respectively. Drivers of land use change were also discussed.

Looking to the future, Dr Byerlee remains cautiously optimistic. While a sharp slowing in demand for palm oil and soybean products is expected, there may be better prospects to manage land use change.

It was a truly insightful seminar and we look forward to the book release! 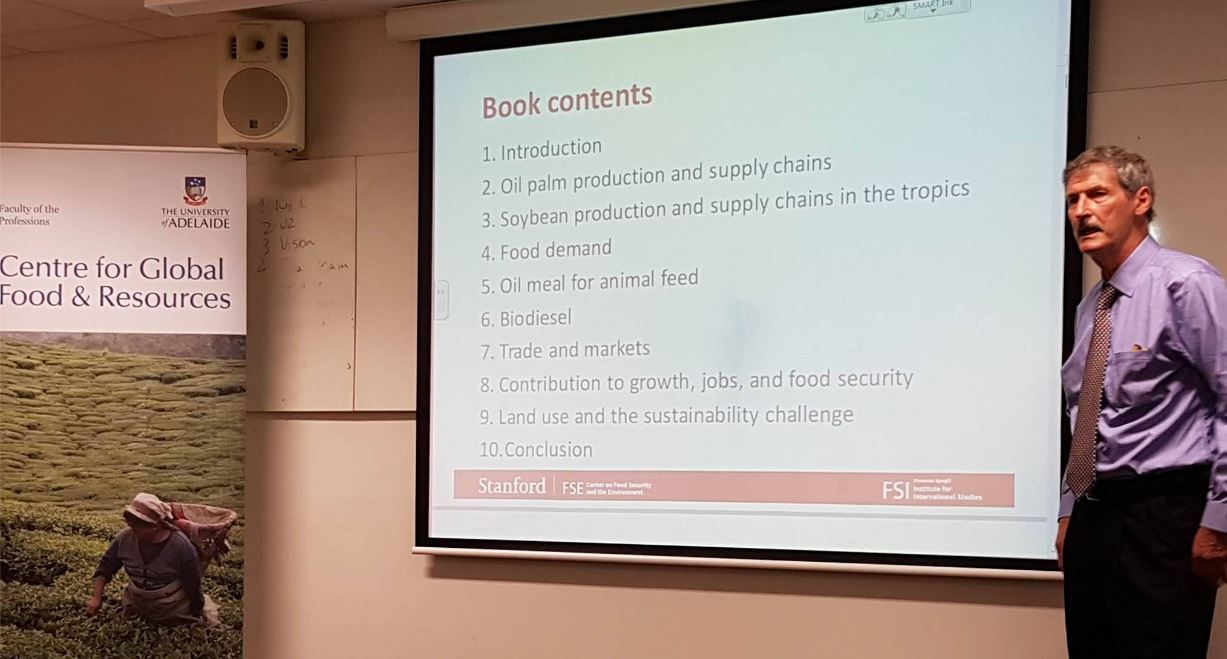