Posted on February 22, 2017 by Natasha Caulfield 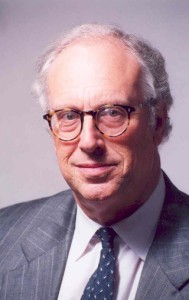 South Australia’s Branch of the Australian Agricultural and Resource Economics Society (AARES) and the Centre for Global Food and Resources (GFAR) is delighted to host a discussion with Prof Michael Hanemann, Arizona State University

A light lunch and drinks will be provided

Numbers are strictly limited to 25! To register for this event, please rsvp: mar77v@csiro.au

Michael Hanemann is currently the Julie A. Wrigley Professor at the School of Sustainability and Department of Economics of Arizona State University. Prior to his current position in Arizona, Prof Hanemann was assistant at London School of Economics (1967-68), a teaching fellow at Harvard University (1970-75), and between 1976 and 2011 Professor of Environmental and Resource Economics in the Department of Agricultural and Resource Economics at the University of California, Berkeley, where he still collaborates. He was Director of California Climate Change Centre (2003-6), member of the Environmental Economics Advisory Committee at US Environmental Protection Agency (2000-6), and a lead author of the IPCC Fifth Assessment Report (2011-14).

“One of the most successful single environmental and resource economist in citations to journal articles. His papers consistently appear in top economics journals and he has more than 10,000 Google Scholar citations, five contributions with more than 1,000 citations and over 35 with more than 100 citations. His research focuses on environmental economics, covering diverse issues such as modeling and simulation, choice behavior, conservation, environmental regulation, economic valuation, or methodology of non-market valuation using techniques of both stated and revealed preferences. He made seminal contributions in at least three areas of environmental and resource economics: i) methods to quantify the value of environmental services not traded in markets; ii) the study of impacts of climate change in agriculture; and iii) water pricing and regulation. His intellectual contributions have also inspired many journal articles and dissertations by other authors, and he has mentored outstanding and influential scholars.”