Insights into the South Australian Agrifood Industry and Food Standards

Read on for an update on the proceedings from Day 2 of the short course on Food Standards and Regulations Familiarisation, led by The Centre for Global Food and Resources. 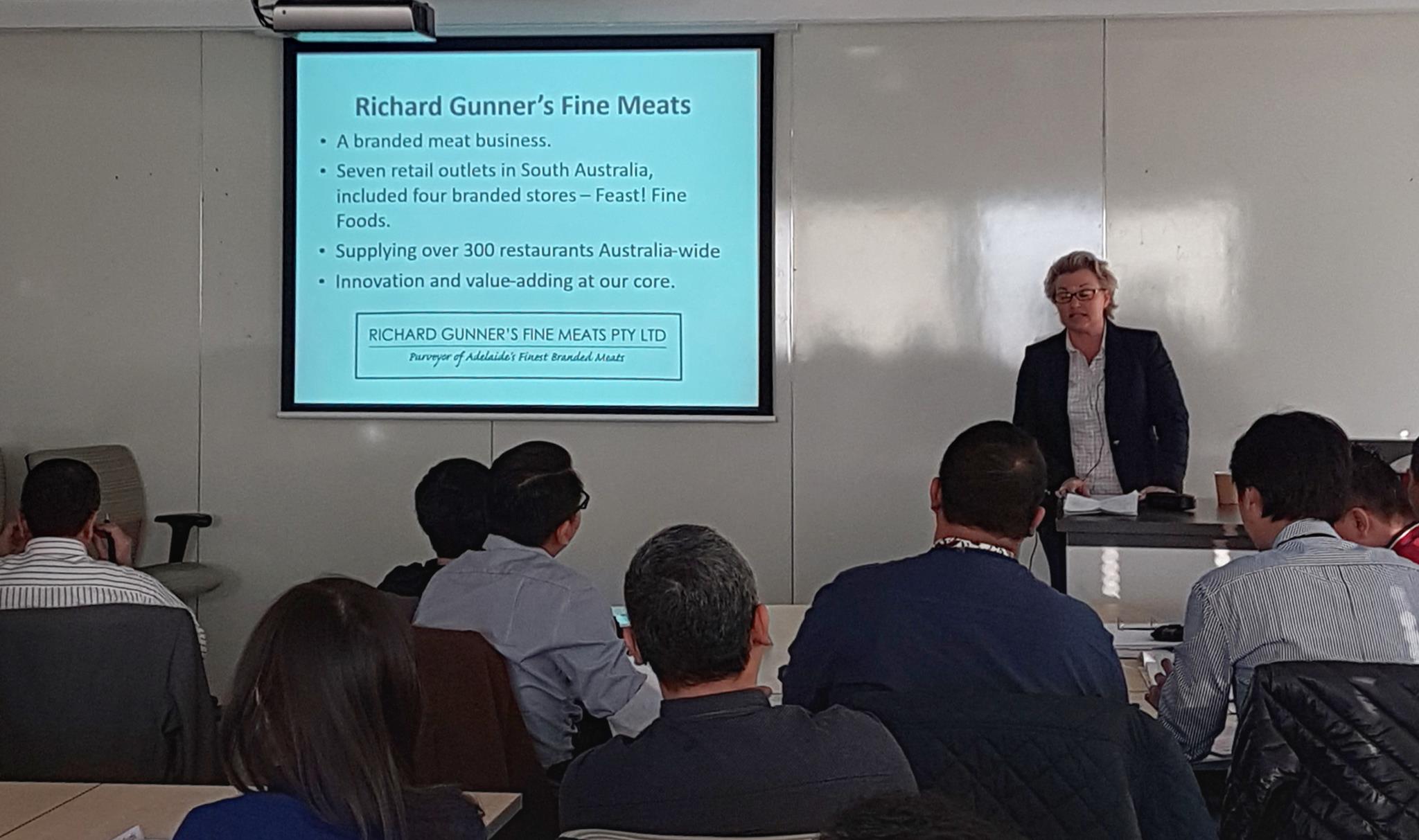 The second day for the IA-CEPA delegates at the University of Adelaide began with Elizabeth Gunner from Richard Gunner’s Fine Meats talking about her experience of co-owning and operating a successful meat processing business in South Australia.

Liz spoke about how the business came into being in 2001 when the meat market in South Australia lacked branding strategies and had market access issues. Over the last decade Feast! Fine Foods, which is the brand, owned by Richard Gunner’s Fine Meats has come to be a leading meat processor and distributor with retail and wholesale sale channels.

The delegation is looking forward to visit the operating facility of Feast! Fine Foods later in the week. 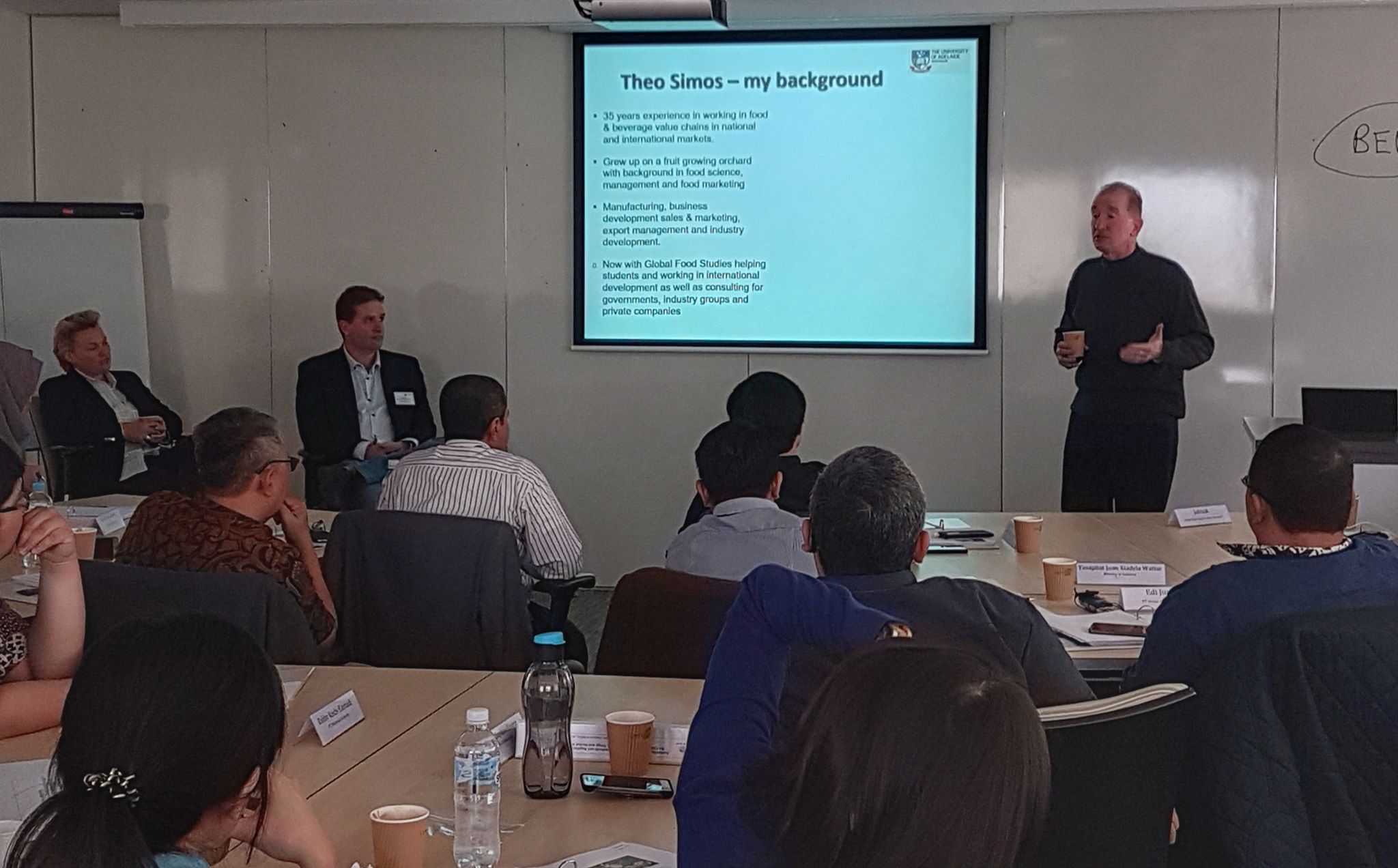 Theo Simos, Research Fellow at the Centre for Global Food and Resources presented on value chain development and his experience of setting up export market channels in over 40 countries for various products in the last 30 years.

Theo spoke about the importance of building long lasting collaborative relationships with in-country partners while engaging in export. He also highlighted the need to undertake an extensive value chain assessment before embarking on exports to identify the right market opportunities in the right market segment for a product. 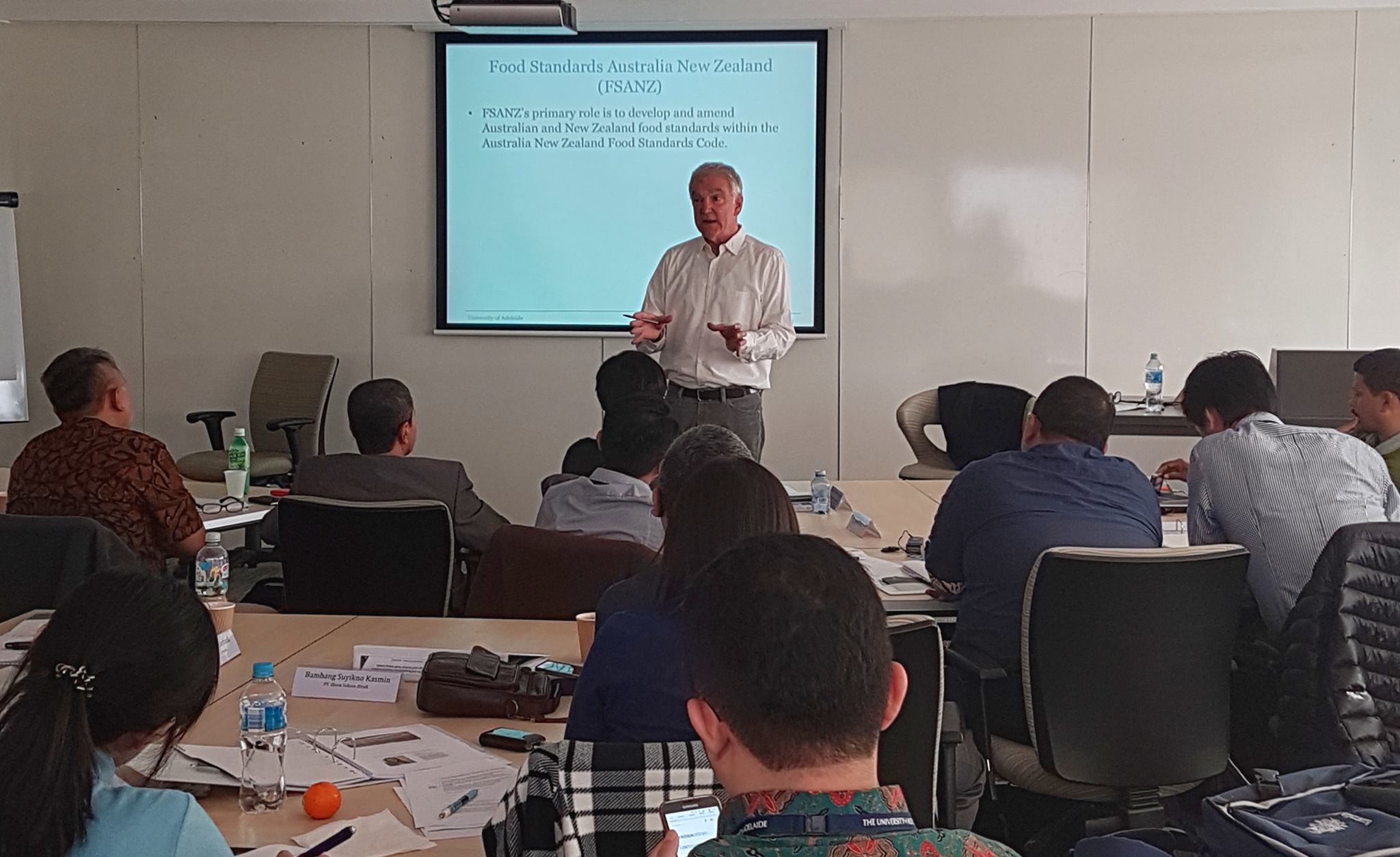 Later in the day, Prof. Randy Stringer delivered the first module of this two-week program.

The module introduced the food standards regulatory framework in Australia and highlighted the role of statutory authorities like Food Standards Australia New Zealand (FSANZ) and the Department of Agriculture and Water Resources in developing and implementing food safety standards in Australia.

Prof. Stringer also interacted with the audience on issues of private vs. public food safety standards and the delegation engaged in a healthy debate on developing policies that ensure a win-win situation for both producers and consumers. 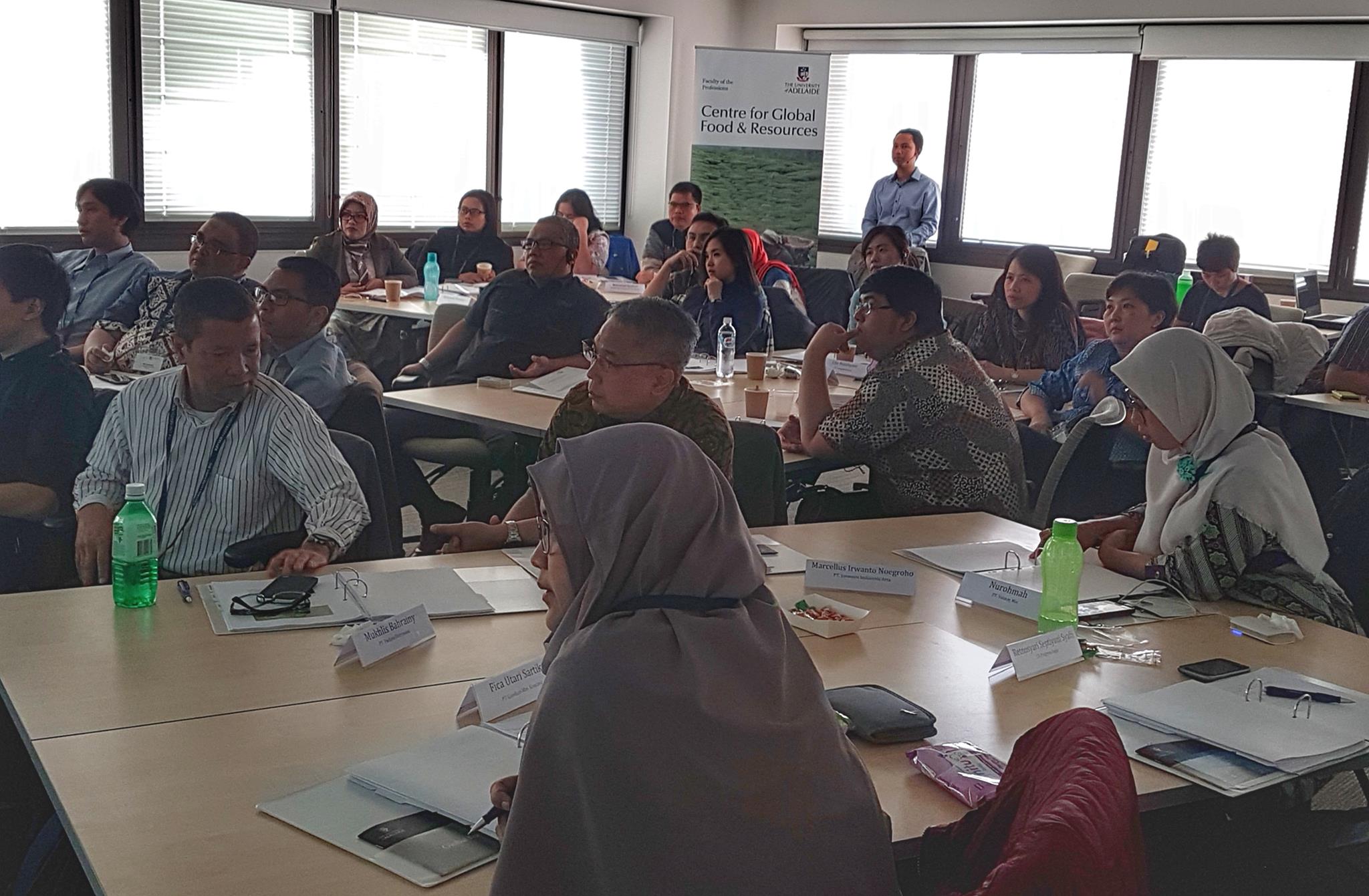 The delegation is set to interact with officials from Primary Industries and Regions South Australia (PIRSA) tomorrow, which will be followed by the second module on the labelling regulatory framework.

A Day in the Adelaide Hills

Read on for an account of Day 4 of the short course on Food Standards and Regulations Familiarisation, led by The Centre for Global Food and Resources. The IA-CEPA delegates braved a cold winter morning to visit local businesses in the beautiful Adelaide Hills. The morning kicked off with a visit to the processing facility […]