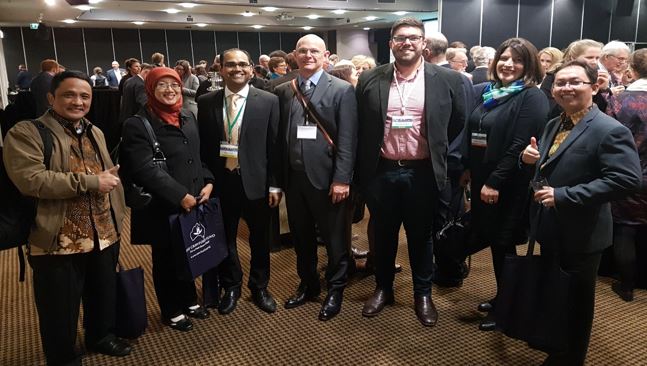 Last week, Prof Wendy Umberger, Rohan Yargop and Jack Hetherington, from The Centre for Global Food and Resources (GFAR) attended the 2017 Crawford Fund Conference in Canberra. Read on for Rohan’s account of the conference.

By 2025, the world will produce 180 Zettabytes (that is 180 plus 21 zeros) of data. That is enough data that if it were to be copied on CDs the pile would be as high as the Eiffel Tower. This is an overwhelming statistic, however it is not hard to fathom. In today’s day and age as the world gets digital day by day the production of digital data is bound to increase rapidly.

In Agriculture, however, the uptake of digital technology is not progressing as rapidly as it is in other sectors. From identifying and adopting best practices on farm to discovering and realising best prices of produce, a farmer has to have access to a wealth of information and with insufficiently integrated markets, it is a challenge to enable access to such information. Numerous governments and institutions in developing countries across the globe are turning to digital data collection and dissemination techniques to combat this problem. 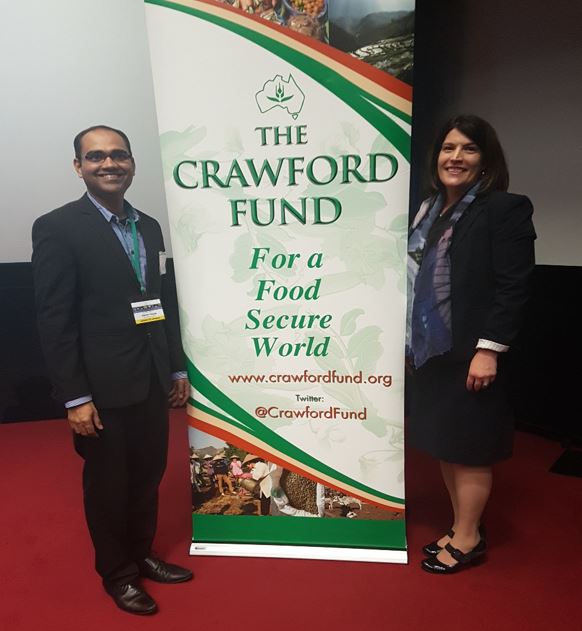 The theme of this year’s Crawford Fund Conference was ‘Digital Revolution in Agriculture’. Held annually at Parliament House in Canberra, the Crawford Fund Conference is a highlight event in Australia for researchers working in agriculture and food industry. Dr. Linidiwe Majele Sibanda, Vice President for Country Support, Policy and Delivery of the Alliance for a Green Revolution in Africa, presented the John Crawford Memorial Address where she recalled heart-warming experiences from her childhood time spent with her grandmother and reinforced her beliefs in traditional farming systems and her confidence in the power of digital data and the change it can bring about in smallholder livelihoods. She encouraged the youth to get actively involved in agricultural research.

Andre Laperriere, Executive Director of Global Open Data for Agriculture and Nutrition (GODAN) presented the morning keynote on the role big data can play in transforming smallholder livelihoods. He stressed making data accessible and easy to understand, and working with smallholders to enable efficient use of the data.

Steve Matthews from Gro-Intelligence and Martin Herrero from CSIRO spoke about user challenges of data. Absence of a common language that the sector uses to record information was one of the key challenges identified by Steve Matthwes; while Martin Herrero highlighted the need to focus on transdisciplinary data so that it can be compared across diverse agricultural systems.

Dr. David Bergvinson, DG, International Crop Research Institute for Semi–Arid Tropics (ICRISAT) spoke on taking advantage of the ICT revolution in developing countries to enhance market integration and extension activities. Stuart Higgins from AgImpact narrated his experience of developing a study for ACIAR to identify suitable mobile applications to collect data under the Mobile Acquired Data (MAD) pilot. Stuart spoke about the application Commcare that is being used by many institutions including us here at GFAR to collect household level data. Andrew Mude from International Livestock Research Institute (ILRI) spoke about a program ILRI is running by providing index based insurance to farmers.

Dr. Pham Thi Sen of Northern Mountainous Agriculture and Forestry Science Institute (NOMAFSI) spoke on the use of QR codes to improve traceability systems in the horticulture value chain in Vietnam. Prof. Salah Sukkarieh from University of Sydney showcased some of the robotic tractors being developed as an example of the role of robotics in agriculture. The development of such technologies at affordable prices is certain to improve the lives of small farmers. 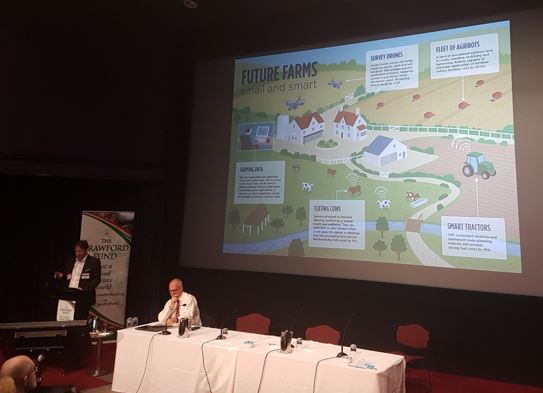 Andy Jarvis from the International Centre for Tropical Agriculture (CIAT) closed the conference with his afternoon keynote where he highlighted the need to develop tools so that personalised information can be disseminated to farmers depending on their needs.

Throughout the conference there were numerous discussions on issues related to digital data like data ownership, safety and security. The presenters and experts maintained that it is essential to educate not only the farmers about technology but also to people who occupy high level positions in the government institutions that decide on policy development and implementation.

One of the key messages of the conference was as research in agriculture progresses with the help of technology, at the same time researchers must remember and respect traditional beliefs in farming systems and approach farmers not as researchers but as students of agriculture.

This entry was posted in conference. Bookmark the permalink.