Posted on December 21, 2017 by Natasha Caulfield 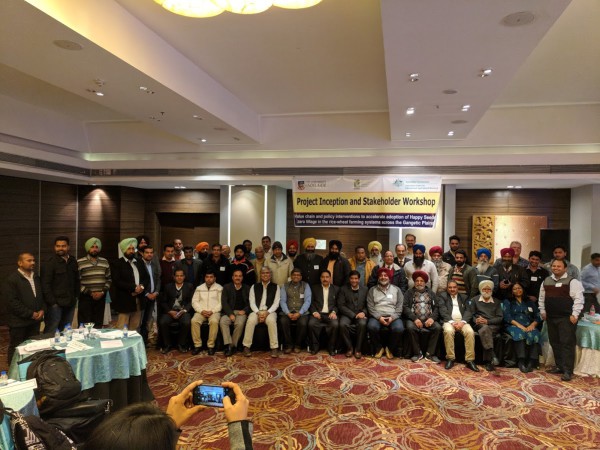 A few weeks ago there was a cricket match in New Delhi between India and Sri Lanka where some of the Sri Lankan players and Indian players fell sick while playing due to the poor air quality and smog around the cricket stadium. While the game went on, it was a stark reality check for the people of Delhi and the world about how bad the air in and around Delhi gets especially during winter with the Air Quality Index (AQI) showing levels of 450 PPM (particulate per matter), about 10 times more than the average threshold.

A large part of the cause behind the smog and pollution is attributed to extensive stubble burning  in the neighbouring states of Punjab and Haryana. It is reported that Punjab and Haryana produce about 30 million tonnes of paddy straw. Significant crop burning instances have given rise to increased amounts of smog and pollution in recent times. To tackle this issue ACIAR (Australian Centre for International Agricultural Research) in collaboration with Punjab Agricultural University have developed the Happy Seeder Machine which enables removing paddy straw from the fields whilst simultaneously sowing wheat thereby eradicating the need to burn the stubble.

The Centre for Global Food and Resources (GFAR) is now a key partner in a project funded by ACIAR that looks at issues around adoption of the Happy Seeder technology and identified potential solutions for policy makers and the farming community in the North Indian Gangetic Plains.  The project entitled “Value chain and policy interventions to accelerate adoption of Happy Seeder zero-tillage in rice-wheat farming systems across the Gangetic Plains” was recently launched with an inception workshop at the IFPRI India (International Food Policy Research Institute) in Chandigarh, Punjab. Dr. Adam Loch  who is leading the project under the guidance of Prof. Wendy Umberger, presented the outline of the proposed project objectives and field research methodologies. Dr. Loch was accompanied by Dr. Jay Cummins an adjunct with GFAR who will also be involved in the project. Rohan Yargop will also assist on the project.

The inception workshop was attended by progressive farmers and farmer associations involved in the adoption and promotion of the Happy Seeder, research and Extension professionals from the government and KVK (Krishi Vigyan Kendra), custom hire providers, manufacturers and government policymakers, CIMMYT, Borlaug Institute for South Asia and Punjab Agricultural University. The inception workshop has received significant media coverage including from the Australian High Commission to India; from key Indian media outlets like Hindustan Times, News18; and international media outlets like The Week, The Asian Independent. 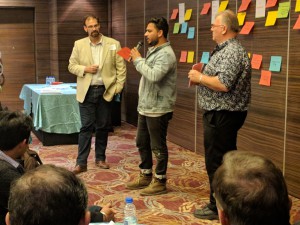 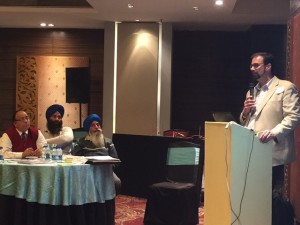 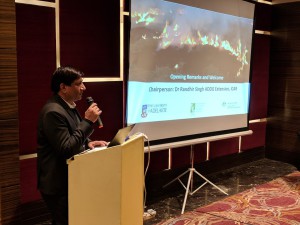 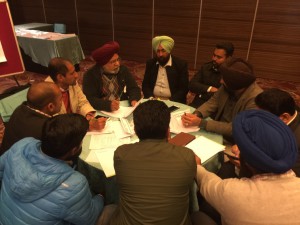 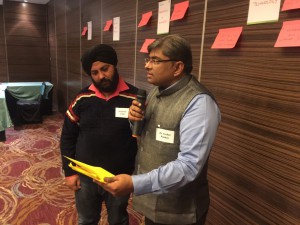 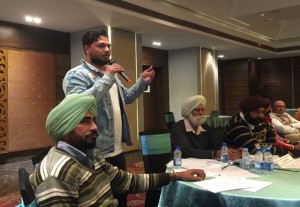