Exchange to the University of British Columbia – by Max Jamieson

It’s quite difficult to break new ground in summarizing what it is like to go on an exchange. Phrases like “best time of your life,” “most incredible experience ever” and “unbelievable” are used frequently. Turns out, this is done for good reason. The opportunities to live somewhere else in the world, meet a bunch of other awesome people all while getting some study done is an opportunity that should be taken if you get the chance. Prior to exchange I was living at home, and had never really left Adelaide for any meaningful length of time so to go from that to living on a University campus on the other side of the world was an eye opening experience.

The University of British Columbia in Vancouver was the University that I lived, studied, partied, slept and made lifelong friends at. Vancouver is a harbor city flanked by mountains on one side and surrounded by water. It reminds me a lot of Sydney. If you had a few days spare at the start, I’d recommend a couple of nights at the infamous ‘Samesun Hostel’ to sleep off that brutal flight. Also provides a good transition, as it is run by Australians (seems to be a trend the world over) and there should be a lot of exchange students floating around prior to move-in day. The public transport is frequent, efficient and punctual, which may come as complete shock to those accustomed to the temperamental Adelaide Metro.

Vancouver lends itself quite well to day trips, that are easy to fit into the exchange schedule. There are a number of hikes that give great views. Some of my favorites are the Grouse mountains ‘Grouse Grind’ (Feel free to try to beat my time of 44.30), Lynn Canyon, the Stawamous Chief, Joffre Lakes and Bowen Island. The best one is Garibaldi lake/Black Tusk. Raincouver doesn’t get its name lightly, so take advantage of the sunny days early in the semester (if you’re going Sept-Dec). What better way to make friends with people that to fit six people in a Budget-hired Toyota Yaris for two hours.

I chose UBC for a variety of reasons, for the mountains and because of the accommodation. I lived in Fairview Crescent, which is a four or six person apartment. You get your own room that’s about 3x8m big and then there is a communal common room with a kitchen. There are about 200 of these flats all built on top of or next to each other. Walter Gage residence is the other accommodation that exchange students are allocated. This is more cramped, but does had better views, as Fairview looks like a French ski village and Gage is more high-rise (and arguably more central). Either way as an exchange student you find yourself hanging around in both.

Generally with courses at UBC class participation is a greater part of classes, and lectures are not recorded. The workload is spread over the semester a lot more, so lots of little assignments throughout the year. All my lecturers were very helpful, accommodating to exchange related questions and easy to talk to during their office hours.  I studied the Arts section of my Law/Arts double degree, and I did a Canadian History course and an American History course. Whatever disadvantage I had from having no background knowledge at all was nothing compared to the learning about North American History in North America.

The people on exchange are really what makes the experience worthwhile. Especially in the first week, everyone is super talkative, and it’s comforting that everyone is in the same boat socially. You find yourself making friends with all sorts of people, and it is not nearly as ‘cliquey’ as I had anticipated. I found exercise to be an unexpected way to interact with great people. 3 times a week me and a group of supremely unfit individuals got out in the pull up bars in Fairview to do some exercises, led by this German guy whose idea of a warm up was ten handstand push-ups. It was a sight to see  two Germans, a Scottish guy, the pastiest Australian ever and a kiwi attempting to do pull ups.. These guys are some friends that I hope I’ll be in contact with for a long time. Be friendly, talk to people, even about nothing at all (talking about the weather or the fact that your uncle is Steve Irwin at the bus stop have proven effective) and you’ll really get a lot out of the exchange socially. Being on exchange you have a) something to talk about with any other student and b) a conversation starter.

I found UBC’s nightlife to be quite active and really entertaining. There was always something happening. First week there is a lot happening, and if they have the ‘Firstweek BBQ’ again I’d strongly recommend it. Whatever your scene is, you’ll be able to find it at UBC/Vancouver. My picks are the Bimini Public House as a bar/nightclub, the Coppertank as a sit down bar, the Backstage Lounge (and Granville Island more generally) and any number of clubs on Granville Street. Also, go to a frat party at least once. The toga party at the start of the year will remind you of those American Movies. Get organized for Halloween early, it is huge over here.

While I am writing this only in Mid-November, so ¾ of the way through exchange, I plan to go to whistler along with what appears to be half the school. UBC offers a discount season pass, which feels like a steal, literally saving you a thousand dollars. Well worth the 90 minute line I stood in on pass pick up day. There is also a 40 dollar cab fare to the local ski mountains.

I’ve tried hard to keep this as short as possible, but I have a few dot points that I felt I couldn’t leave out

It doesn’t really matter where you go on exchange, just save the cash and go. Don’t think, just do. 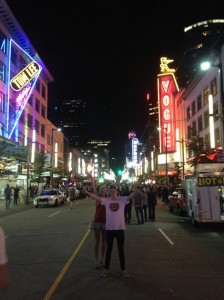 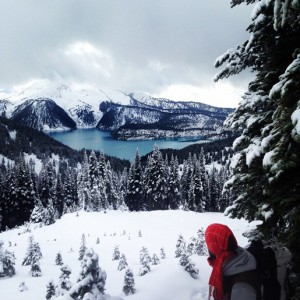