Exchange to the University of Edinburgh – by Nick Dorsch

In the unlikely event of anyone reading this, the take-home message is very simple: go on exchange. If you’re not already planning one, apply. You’re not going to regret it, you’re going to have some of the best times of your life. Do it.

By the first night of my exchange in Edinburgh, I thought to myself: “yeah this was a pretty good idea”. By the end of the first month: “my life is ridiculous, it couldn’t get any better than this”. And a month after returning to the dreary daily grind of Adelaide, all I can think is: “when am I going back?”

I remember arriving, walking from the bus station to my room at the college halls and taking in my new home town. Edinburgh is a beautiful, quaint city whose identity has been preserved through its history. Sure, Princes Street seems like your typical, commercialised affair, but it is overlooked by Edinburgh Castle and the Scott Monument. There’s nothing typical about that. So much of the city has retained its authenticity through its medieval architecture and its dark, weathered stones that Edinburgh quickly made an impression. When I first saw Arthur’s Seat, the extinct volcano the town is built around, Edinburgh became one of my favourite cities in the world. When I saw the volcano looming outside my room’s window while I settled in, Edinburgh became my second home. Having Arthur’s Seat and the Crags in your back yard makes visiting Edinburgh as a geology student a stellar choice. 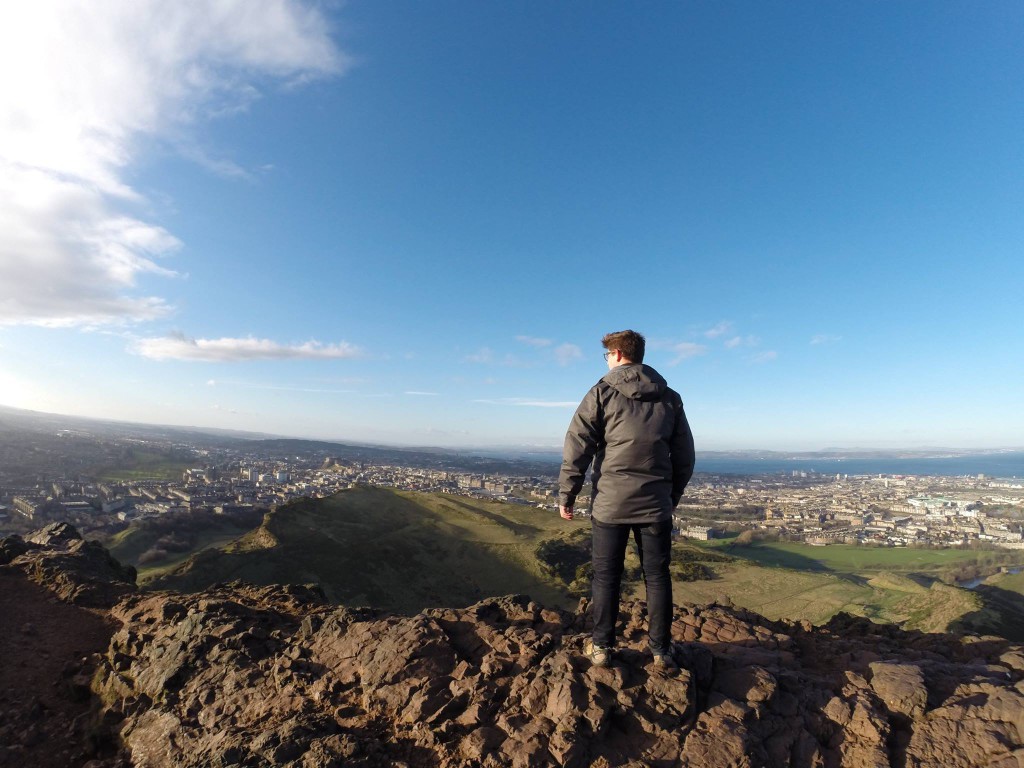 So I’d found myself a fantastic home base, and it was quickly populated with quirky characters, many of whom became overnight close friends. In a few short days, I’d found myself a little “entourage” to share the experience with, and we were all ecstatic. I honestly don’t think I’ve ever felt so much happiness and love for the people around me than I did in those first few months. My history of introversion and broodiness disappeared with a smile – and it was always reciprocated, matched with an accent and a new face. People became the centre of my universe for possibly the first time in my life, and it was a beautiful thing.

The next six months were a blur of music, laughter, drinking and hanging out with great people, peppered with travel through Europe and the UK. Study was just the cherry on top of the cake – which was promptly plucked from the icing and left in a dishevelled pile of crumbs on one side of the dessert plate. I don’t like cherries. 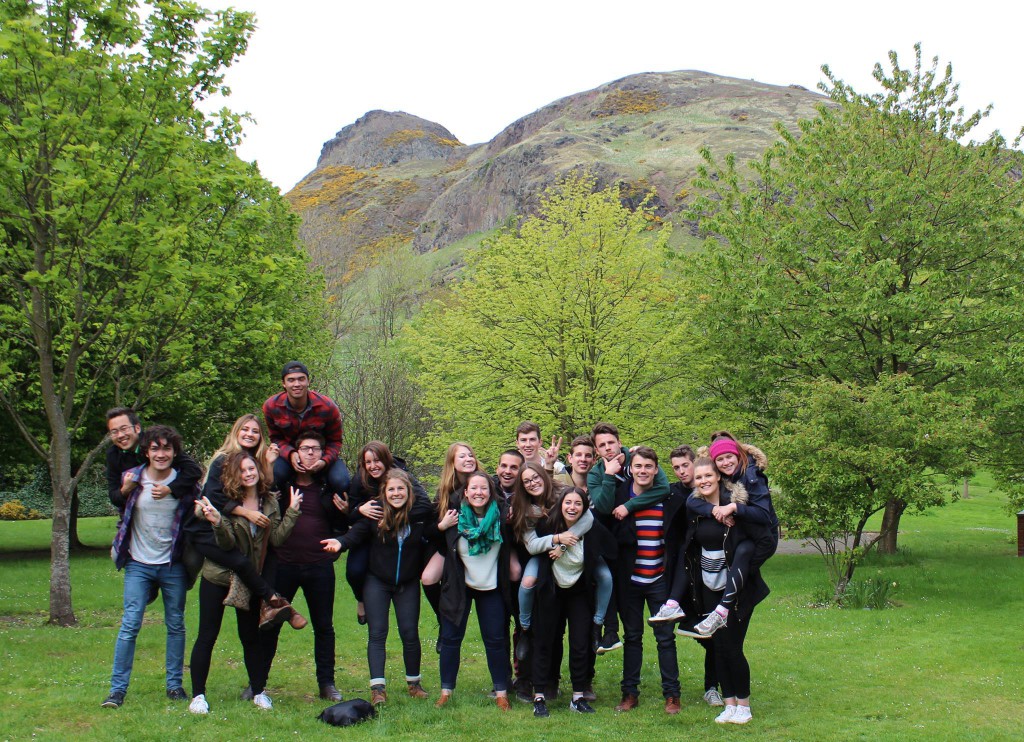 Before the semester began

So it was natural, in my heightened state of sociability, for me to want to party a whole lot in those first few months, and party we did. The amount of clubbing going on made me feel 18, (and even that is a bit disingenuous, I’ve never been out so much in my life). The drinking was frequent but not excessive (I’m no doctor, mind you), and the generic dance music transformed from distasteful dribble to the elixir of life. I began to realise that “this music sucks” is introvert code for “I’m having a bad time and want to be alone”. Yeah, the music is mostly trash, but you’re not here to listen to Beethoven, you’re here to dance with your friends and lose it to that totally sick drop bro. And bro, maybe some cute girls will notice how wild a time you’re having and want to rub bodies with you for a while. Step into the douchebag arena bro. Embrace it. Become it. Bro.

The truth is, I realised that my years of complaining about pop music were really just a front for my inability to have a good time while out. Electro music is the musical equivalent of a cheeseburger – you are literally wired to get off to it. It is pure, concentrated lizard brain impulses in music form and try as you might, your brain can’t help but light up like a disco when the douchebag at the decks finally drops that dank, derivative beat.

As the semester went on I returned to my ground state and began prioritising quality time with people over the regular late-night boogie, but the party never really died in Edinburgh. Growing up in Adelaide – a town so exciting that someone coughing in a retirement home makes the local news, the night life in Scotland felt pretty wild by comparison.

The proverbial cherry on top was plucked off the cake and saved for last. I’ll be honest, there really isn’t much to say here. It wasn’t long before I realised the main point of my time abroad was quickly becoming people and places, and not so much study. I was happy with my results, but I wasn’t exactly a model student in attaining them. The highlights for me were definitely the geology field trips – we spent a week in Almeria in Spain and another week on the Isle of Mull in Scotland. Both were amazing experiences. I’m a bit of an Old Western geek so spending a week in the same Spanish desert that many of the Spaghetti Westerns were filmed in was a particular delight. Seeing some world famous sites like El Gordo and Hoyazo volcano was also phenomenal. 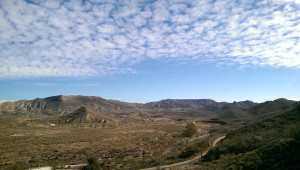 I was lucky enough to travel all over the place while I was away. Aside from my field trips to Mull and Spain, I visited Lanzarote, London, Manchester, Brussels, Bruges, Prague, Madrid, Barcelona and San Sebastian. That’s a list full of too many good memories to count. Particular highlights are Lanzarote – amazing geological sights and beaches; Prague – beautiful city, beautiful people, cheap; Brussels – best pub and beer in the world at Delirium; and San Sebastian – tapas, tapas, tapas. Every new place offered something new and exciting. Europe is a melting pot of history and culture that is hard to comprehend from an Aussie’s perspective. Australia is a melting pot of vegemite – things don’t change much per 1000 kilometres of travel besides the species of venomous things that will kill you.

I left from Edinburgh for Manchester after it was all over, saying goodbye to the last few people I was staying with. There was Madison – the curious conversationalist from Iowa, who loved to randomly ask me to define things like “rational” and explain to her obscure scientific concepts. And then there was McKenna – the cute Canadian business student I’d become very close with. She was endlessly adorable, witty and cool, full of fun conversation and interesting thoughts. One of the last things she did was thank me for “changing her life” – I won’t forget that anytime soon. It’s nice to think I’ve had an impact on people in such a short space of time.

Before all this though, was a week of pained goodbyes to people I’d much prefer to keep in my life indefinitely. Goodbyes feel unfair to me – the sum of your feelings and experiences with a person can never be appreciated in that moment – it will always, inevitably, feel inadequate. The short-lived nature of the contact with these people makes exchange seem like a cruel joke at times, but I know I’ve made some friends for life. I’m counting the days until we’re reunited. 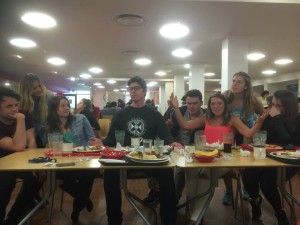