Wow, this land is absolutely beautiful. Yep, I’m talking about Alberta, Canada, the heart of the Rocky Mountains. Minus obvious differences and the extremely different climates, the city reminds me a little of Adelaide; the Bow river flows through the city, much like the river Torrens; the streets are filled with lush, green trees, and the sun is shining. It’s comforting. Feeling pretty comfortable with everything so far, minus the weird toilets, having said that it is only day one. I am so glad I have arrived a few days early to get myself settled, so I can orient myself with the city before jumping straight into things.

Looks exactly like it does in the pictures online.

Day Five – Canadian Exchange 2015
Today was the official “Move in Day” at the University of Calgary and boy am I exhausted. When we arrived there were ‘SR’s and ‘CA’s to help us move our stuff in – they are basically our ‘community advisors’ and ‘student representatives’ for the semester and so far they seem like good fun – though I only arrived with a suitcase and backpack, quite a contrast to the other students who were arriving with enormous boxes. Walking into an empty apartment was odd too, the accommodation is great but you literally get nothing in terms of cooking/bedding/home appliances. We did get a lovely welcome kit though, from Residence Services, with a few random bits and pieces or “free swag” as they call it over here, so that was nice.  Luckily I pre-ordered my bedding and linens, so I could at least set up the bed as soon as I arrived. I went out with my roommate (a friend from home, yay for knowing someone) and we got all our basic household items and set up the place. Looks much more homely now, which is great. Still not used to these weird toilets, as well as everything being basically opposite to home – Canadians drive on the wrong side of the road, their toilets flush the other way and are filled with water almost to the brim which is so odd, and their hot and cold taps are the opposite way around – but I guess I better get used to it!

So I’ve started to settle in now, which is great. The uni organise so many events for the exchange and international students, so it’s pretty “easy” to make some friends if you’re willing enough to put yourself out there (so basically, it’s scary as hell). It’s great that they organise so much for us though, because it made O-week the perfect opportunity to make connections with people, though sadly I didn’t really find anyone who is taking any of my courses, so I’m on my own there. It’s been nice to hang out with some fellow Aussies (fellow South Aussies too), as well as so many others from all over the world (Italy, France, Britain, Denmark, the list goes on), I’ve found it to be fascinating getting to know the ways people around the world live, because it is truly so different everywhere you go. It’s also been nice to bond with people over the various things I’ve found to be odd about living in Canada and Canadians, like their obsession for “Ranch” sauce. I’m really enjoying it so far; it’s been great filling my days spending time with new friends while exploring this beautiful country.

So far so good with uni! It’s a pretty different set up to what we have online, and lectures aren’t recorded (I know, annoying right!) which means you really have to focus in during class because anything you miss isn’t made available to you again. Oh, and, we don’t really have ‘tutes’ of sorts – it’s mostly just lecturers talking at you and isn’t overly interactive for the students, most of my classes don’t even have PowerPoint presentations running in the background! I do have one super intense, interactive course that runs for almost 3 hours once a week (two hours and forty-five mins to be precise, though it usually runs overtime) and I absolutely love it. We have great group discussions and get put into groups to discuss different ideas; it’s really fascinating for me, because a few of these involved talking about the various elements of our childhoods (how ancient mythology was present in the books we read, our early years at school etc.) and while some things overlapped, there was a pretty stark contrast between my exposure to ancient mythology in the Australian schooling system and the exposure of Canadians to the same sorts of ideas. These ideas were also generally presented in a different format, and incorporated the ideology of each of our countries; again the differences were interesting especially when you take into account the fact that both Canada and Australia are members of the Commonwealth. Anyway, overall uni has been great so far – particularly now I’ve made some friends in my classes. In other news, the social life here is incredible. There is something happening almost every week, usually twice a week, whether it be with my group of friends or an event organised by the uni or residence services. It’s great fun, and such a good way to make new friends! Definitely helps that I don’t have a job over here, because I can fully immerse myself in uni life and actually have time to socialise and get my work done all at the same time. Bring on the next few months!

Trip to Banff – View from top of Sulphur Mountain 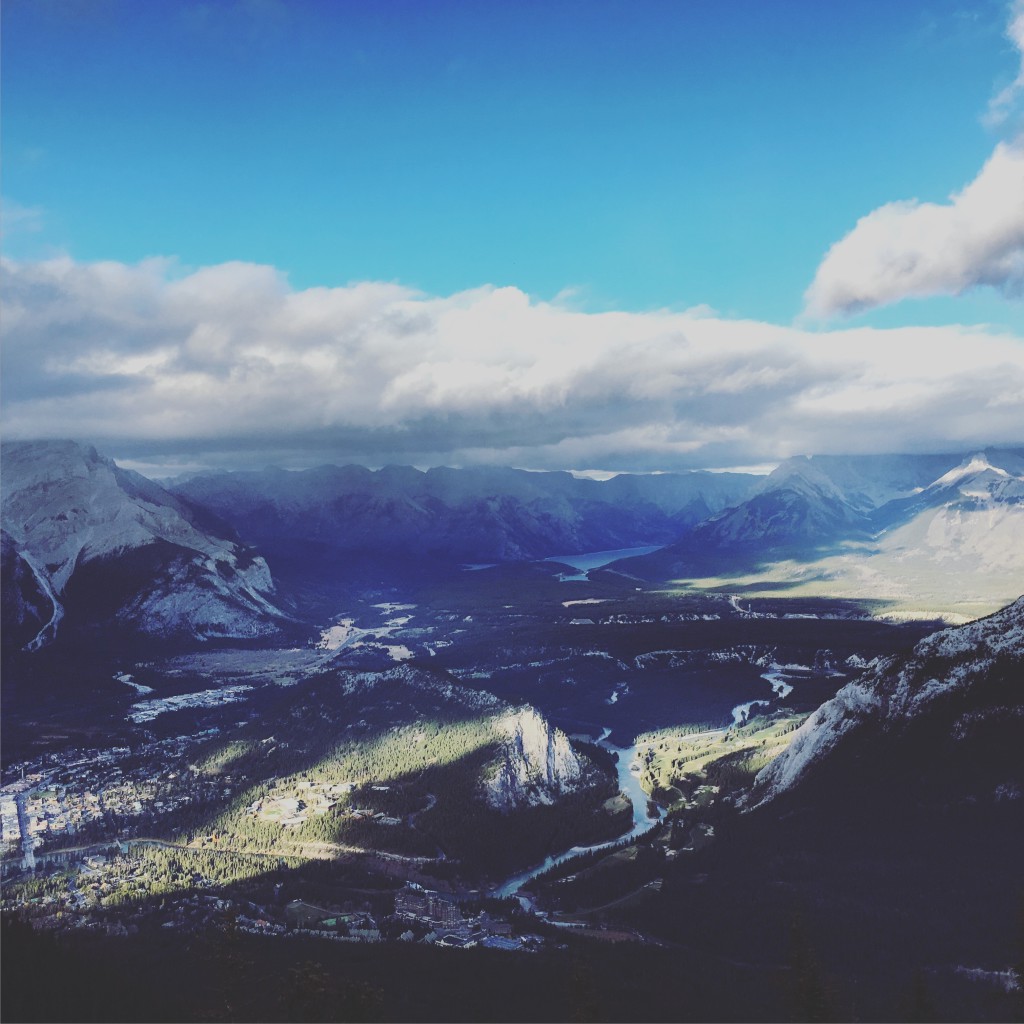 Today is the first day I’ve really had time to myself since I arrived on campus, so I unintentionally used it to reflect on what I have learnt so far – which is a lot, already! And, it really got me thinking about how this experience is going to change me. I sat around for most of the days, wondering how much I will change, if I will ever start to miss people from home (because I don’t miss anyone at all yet, sorry mum!) and if I can actually survive this place on my own. Coming from Adelaide, where I lived at home and had almost anything I wanted within reach (like a car, man do I miss having a car – grocery shopping is exhausting without one!) and having all the basic daily chores – cooking, cleaning, washing etc. So far I’ve really enjoyed cooking my own meals, but there is talk of a ‘food rotation’ with a group of us which would mean cooking just once a week each, which is tempting but I guess I’ll see how it goes – I’ve been joining them most nights after dinner anyway so it’s not a huge deal. I kind of enjoy cooking at the end of my day; I find it relaxing and a good way to take some time for myself. I’ve been spending so much time with new friends, mostly South Aussies as it turns out and some friends from classes I’m in, so it has been nice to come home at the end of the day and just relax a bit before meeting back up with friends. It’s also a nice excuse to not always hang with my friends at night, without being rude, so I can get some study done before heading to bed. Loving life here so much, definitely do not want this to end anytime soon – wish I did the full year but I just don’t have enough courses left in my degree! 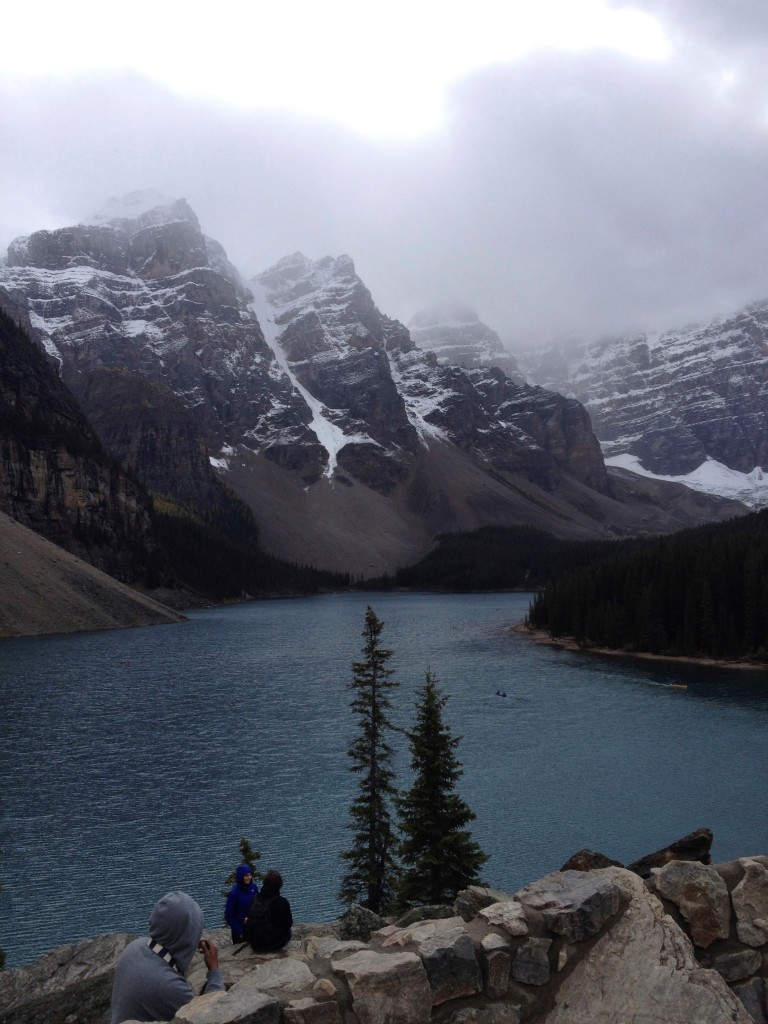 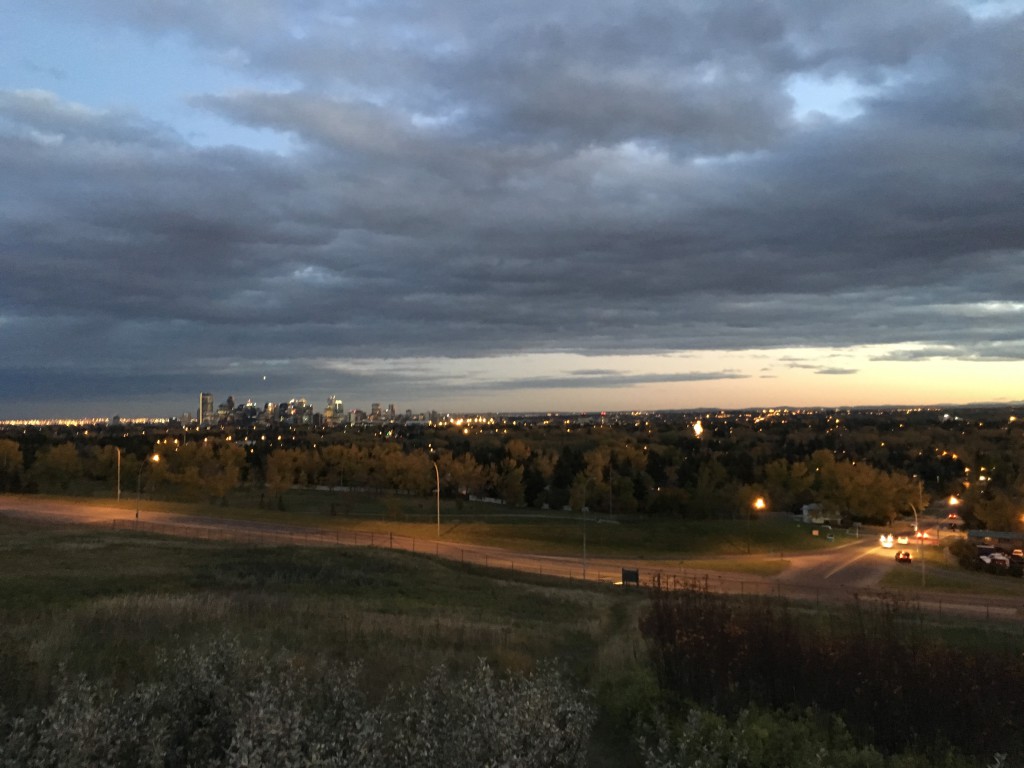