’ve been thinking a lot about ol’ Vater Deutschland recently and trying to figure out if I love the country or hate it. The scales in my mind have never really tipped too far one way or the other. Whenever I’m feeling super cool with the general German happenin’s around me there’s usually some reminder of stress or danger, and when I’m feeling too bummed out to leave my room, there’s always something bright to stop me falling too far into the abyss. Thankfully, the majority of my time here, despite a few grey days, has been completely wonderful, enlightening, challenging, fun, healthy. For the most part, I do love Deutschland.

But like anything there are negatives to spending six months in a foreign land, and it’s important to recognise, criticise and voice them in order to move forward. This post is thus dedicated to little niggling issues that I’ve faced that I have overcome and learned from. Hopefully, it will prepare other exchange students for their time in Germany, perhaps making it even more delightful and productive than my time here.

So… Where to begin?

Germany is not what you’d expect… but it also is… 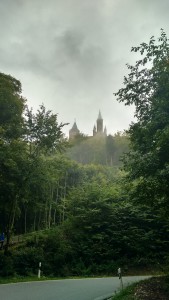 When you picture Germany what do you see? I see green hills topped with Disneyland castles, quiet and smokey hamlets, sausages, beer, Oktoberfest, cold. Only one of them is universal for everywhere I’ve been in Germany so far: the cold! If you’re the type of person who’d rather live in the Aussie outback than the Colorado mountains, you’re gonna want to consider your place of exchange very carefully. Mannheim and the surrounds are, thankfully, some of the warmest places in Germany, situated right in prime “Weinland”. That doesn’t mean it’s warm though, whooo-boy, oh no. For the past couple of days it’s been about 0 degrees celsius all day, frosty as Dante’s lowest hell and slate grey.

But the other side to note is that I’ve survived. Coming from a city which occasionally becomes the hottest place on Earth, I thought I was going to freeze to death the moment Autumn rolled around. It’s not true, you’ll be fine. Just bring a nice coat and some gloves and remember to layer up.

The other obvious thing is the language barrier. Unless you’ve grown up around a bit of German (in our little local hamlet of Hahndorf, for example) or taken some classes you are going to face a little confusion along the way. I recommend picking up Duolingo and subscribing to my current favourite vlogger, Katja, from Deutsch für Euch, to pick up a few key phrases before you leave. Of course, you can always rely on “Entschuldigung, mein Deutsch ist nicht sehr gut. Ist Englisch OK?” should you run into any difficulties. Though it’s completely rude to assume, a lot of Germans are more than happy and able to help confused English speakers. Just at least make the effort to learn a bit, yeah? Your waiters will definitely appreciate you asking for the “Speisekarte” and the “Rechnung”.

It’s going to be easier if you’re already an incredibly, meticulously, obsessively organised person. Bureaucracy here is definitely on a whole other level. You’ll need to prepare a lot to complete your paperwork on arrival, and then, when you think it’s all over, even more as you depart. Even the most organised of us can go astray, though. Just think clearly and logically (a trait loved by German bureaucrats) and don’t let yourself be caught out by forgetting your passport on the day of a meeting, or not having a bank account set up by the time you enrol. You want to be enjoying the country, not waiting in lines. 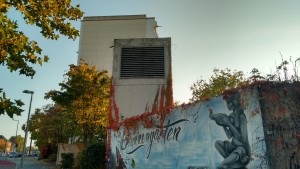 Also expect to pay quite a lot for little things, things that will eventually snowball into big things. Be prepared to drop a few Euros to wash your clothes every week or so, be prepared to pay thirty Euro to pick up your house keys. Be prepared to pay extra at the counter for your bottles of water. Be prepared to even pay to walk to class. Yep, we have to put down a deposit for lockers so that we can stow our bags and walk through the library. Finding a free locker that isn’t “kaputt” is a bit of a hassle, especially when running late to class.

Just don’t look at your bank account too often. You’ll be happier that way.

Of course, Germany is RIDICULOUSLY cheap in some areas (beer for 35 cents, what up?) and generally much cheaper to live in than other European countries. I think you’d have to take out a second mortgage or sell an arm to live and study in Switzerland or Norway, especially if you want to travel as widely as us German students (who do have awesome public transport options, truthfully).

Perhaps one of the most important points I keep coming back to is that, on exchange, you will feel lonely and bored sometimes. Just don’t beat yourself up over it. You’re living and studying somewhere for six months, not backpacking without a care in the world. You don’t have to feel pressured to be exploring all the time, or bad that you’re taking time off from the inevitable challenges that we all face after moving away from home. Down time is important as well, and believe me, even the most adventurous and outgoing can spend days at a time watching Netflix, eating junk food and being bummed out. It happens to the best of us.

Of course, you’ll also have some of the best times of your life on exchange (sorry to everyone who’s heard that over and over again… but it’s true). You’ll face some hardships, that’s for sure. Leaving to explore the world doesn’t stop people from being people, mistakes from being made or hellish bureaucracy from spoiling a perfectly good morning. It’s okay to be mad. It’s okay to be upset. But, like anything, don’t let it control your life.

If you find something, or someone, effecting your stay to such a degree, find your own personal way of moving past it. Write it out, talk it through, escape it. Your time on exchange, your time in beautiful, breathtaking and cold Germany isn’t going to magically make your life perfect, but it can put you on the right track. It can fill you with confidence, equip you with tools to take with you through the rest of your life and give you the opportunity to see and experience so much… if you let it.

Just know, there are ways to turn negatives into positives. The best comedians in the world are also the saddest. Hey, I’ve gone through my own hard times, but it’s all led up to me being here, writing these words for you. 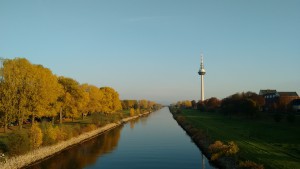 So all the best for your own personal journeys, trails and tribulations. And enjoy your trip, anywhere you go! You can read more about my continuing adventures through life on my blog, Electric Holy Road, here: https://electricholyroad.wordpress.com/