How does one go about encapsulating and condensing an incredible 6-month journey into a mere 500 words? Even worse, how does one begin to do so without touching upon such overused clichés as – ‘it was the best experience of my life’, and ‘do it, you won’t regret it’? Inevitably, one cannot do such a thing with ease. Much like making the decision to pack one’s bags and jump on a plane destined for the other side of the globe. (But in retrospect, that was the easy part). 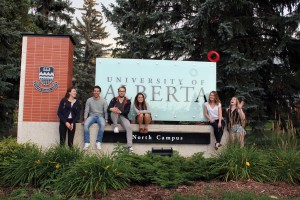 So why Canada – Australia’s gigantic, upside-down and semi-magical neighbour in the Northern Hemisphere? Because… Why not? Granted, I was mainly compelled to satisfy my curiosity about whether Canadian stereotypes rang true: would the land of maple syrup, bears and hockey really deliver the nicest people I have ever and will ever encounter? Yes, Canada did deliver on the whole ‘nicest-people-ever’ front. And as I very quickly found out, so much more. 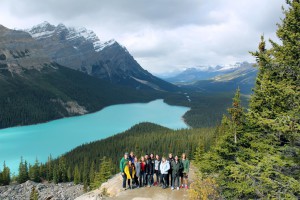 Bound for Edmonton, Alberta, I admittedly had a few reservations. Namely, where on earth was this place and what was in store for me? Standing in the shadows of Canada’s more well known cities, Edmonton was soon to become known as home to a lot of pretty amazing people. Getting to live the college life highlighted what Australia is sadly missing – being able to experience life on campus meant seeing and experiencing university as a supportive and encouraging community of students. I was introduced to a wealth of networks through an incredible bunch of international and Canadian friends alike. And the adventures we shared? They’ll go down in my books as the most memorable of my life.

From mountain scrambling, camping under the stars and seeing the auroras within the first few weeks of being in Alberta, I soonknew that I was held in the very dangerous position of falling remarkably in love with this country and all its offerings. And it never occurred to me once that I was all the way on the opposite end of the world. Being so far away from home never felt like it, and it was all due to being surrounded by the most wonderful and dearest friends. They say home is where the heart is, and I’ve left my heart with every person I have met – all scattered around the globe and all whom I anticipate seeing again very soon. 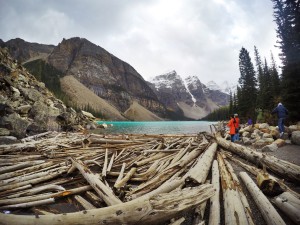 So what was the difficult part of this journey? Well, let’s just say no Australian is ever prepared for the Canadian winter. I’ve decided that only true Canadians are bred for their winter – what with their magical ability to be completely immune to cold and all. But it was definitely a learning experience: do what mother says and always wear an extra sweater (that’s Canadian for jumper), layer up and basically toughen up because the frigid cold stops for no one, no matter how much you beg the weather gods to have mercy on your Aussie disposition. At least being surrounded by snow is a beautiful enough feeling to wash away the embarrassment of wearing heinously thick boots and being unable to move due to the ridiculous layers of long johns that threaten to cut off all blood circulation on the lower half of your body.

Even harder than surviving Canada’s ridiculously cold temperatures was the difficulty of having to say goodbye to a place and people who felt like home. Being back in Australia has left me with an unrelenting urge to get on the next plane bound for Germany/Brazil/Canada to re-live the journey with close friends. Travelling alone has made me so much more independent, less anxious about meeting new people and more open-minded about new experiences and environments. Most importantly it has instilled a desire for me to continue exploring the world and be embracing of all opportunities. After all, when there’s a home away from home all over the globe, the possibilities are boundless. 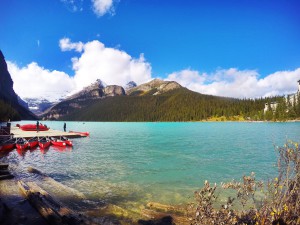