To this day, almost five months have passed since I arrived in Lund, Sweden. Thinking back on everything that’s happened since I arrived, it seems a somewhat difficult task to compress it all into a blog, though I’ll try my best. 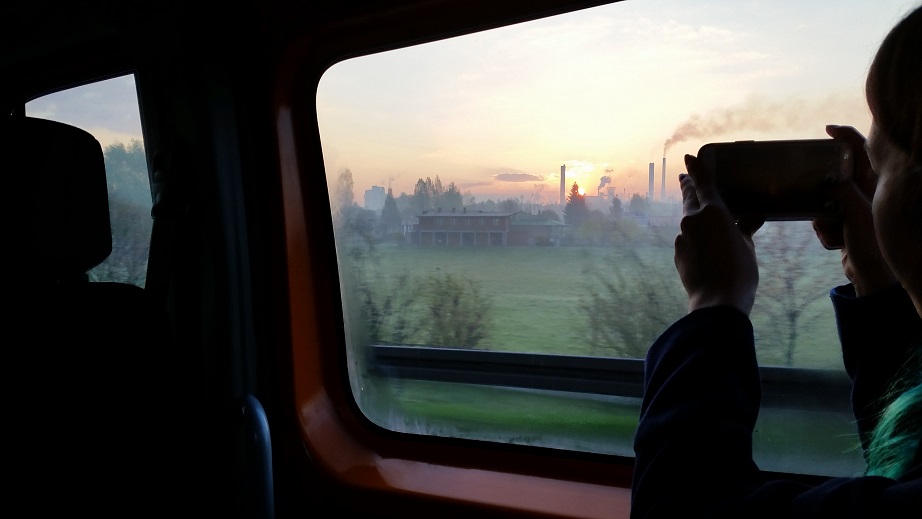 First, the weather: if you’re coming here for the ‘spring’ semester at the start of the year, note that you’ll probably be facing three months of what most people would describe as winter. This being around -3 to 6 degrees Celsius during the day, as the first few months go by. I noticed that the Swedish people generally seem to despise this weather more than the exchange students I befriended early on, particularly those from warm climates (such as the 40 degrees celsius Adelaide I’d just come from), who found it novel and/or refreshing, or those from colder places like Finland, who would comment on the warmth of it. I managed with a couple of layers of jumpers at the start, combined with my trusty thermals. Doing such drew some attention from the locals, who would expect everyone to also be heavily-jacketed and grimacing towards the wind, not a scantily-clad Australian smiling at the new sites. Later, especially after I got a bike, it was necessary to buy a jacket from town, and this served me well for the remainder of the cold period.

Not to be daunted by this initially seemingly inhospitable climate, however – the fairytale-like snow blanketing the town makes up for the weight of winter clothing, which will stop you from feeling the cold anyway. I noticed how convenient jackets are when I took shelter indoors; Sweden keeps its buildings very warm. Past these early first few months, the weather warms up to the early-mid 20s, which at first I found considerably too hot, and which many use as a reason to go to the beach (a 20 minute bus ride away).

Buying a bicycle is something you’ll want to do on arriving, though it’s worth waiting a couple of weeks for the police auction of lost bikes, where you can get a workable bike for around the $100 mark. This is the most useful thing I bought on my trip, and makes a lot of sense in a town where there’s probably more bikes than cars, and where road laws are made with bicycles in mind. My bike got me around faster than walking or taking buses (which are still better than Adelaide’s), and riding can be especially important for travelling between student parties, clubs, and the kebab shops which many Swedes are devoted to. Bike laws here are also something unique to appreciate; it’s advisable to at least once experience what it’s like to ride helmetless with a beer in hand, though I’d recommend most do this with at least one hand to steer.

I’ve often heard of Lund referred to as one of the best university towns for nightlife, and considering that around half of the town consists of students, I found myself agreeing. The biggest informal parties I experienced were corridor parties, taking place in student accommodation, which usually consist of private rooms/apartments set into corridors, and these can reach up to 200 people or more, adding overflow. If you attend enough of these corridor affairs over the semester, you’ll find yourself in conversations with dozens of friends, which usually takes up most of the night. My own corridor had two parties with over 100 people each time, my room alternating as a games room (beer pong, etc.) and a chill room (which still ended in drinking games). The northern English student across from me, a bannerman of pre-drinks for countless club nights, has had a large speaker system since his stay here last semester, and, replete with flashing bike lights taped to the walls, his room made for the most crowded and unique dance floors I’ve experienced in my life.

Student nations are another big part of socialising, especially if you want to meet Swedish students. In total there are thirteen nations, including the communo-anarchist Smålands (not in the union system), which are half like non-gendered fraternities/sororities, and half like clubs. Anyone who studies at Lund can obtain a student union card, which in turn allows you to pick one nation to join. I joined Östgöta, known for its novisch (freshman) events and well-regarded club nights. My novisch week took the form of a pub then club night, followed the next day by a brunch and sports type activities with one of five groups that took a theme from ‘circus’ (ours was animals) and that ended in quickly organised performances (in our case, a Lion King present-Simba-to-the-masses rendition devolving into Harlem shake). Following the daytime activities was another club night with pre-drinks in two separate Swedish students’ apartments. Sittnings are the other big part of nations at Lund, and this constituted the end of our novisch week, which by my now slightly impaired recall was the next day. Sittnings are basically a kind of formal dinner with three-course meal, adding traditional Swedish songs, speeches and of course copious amounts of alcohol awaiting you at your spot on the table. You’re placed semi-randomly at the table (more likely near English speakers), and are encouraged to buy the person next to you a small gift (my purchase was a windup bug that rolled). If you have enough space in your suitcase, some sittnings require a suit, so I’d recommend potential exchangees to bring one if possessed. In my case an impromptu ASOS-ordered suit and second hand shoes worked well, though a friend also managed to borrow one from a guy in his corridor.

If you wish to further increase your social circles around the nations, you can volunteer to work at any of them. This, depending on the nation, can include waiting sittnings, working the clubs (which includes bar work, security, door, etc., depending on the roster) and subsequent cleanup, though these efforts won’t go unrewarded. Immediately after the club, at around 3 or 4am, it’s usual to go up to one of the Östgöta student apartments for drinking games and food, and in my case this finally ended at around 8am on Sunday. For those who pull through till 11am, or happen to nap at a larger after-party on a Saturday, the student organised brunch may provide the light at the end of the tunnel. Following my first work shift, I attended two workers sittnings, which included free drinks at the pre- (before the sittning) middle- (before the club) and after- parties, as well as the varied array of dishes at the sittnings themselves, which most interestingly included moose. Ultimately, one will find their efforts for working very generously appreciated.

Classes in Lund aren’t as strenuous as expected, at least in psychology and sociology. This is, however, only half surprising after you spend a few weeks with the Swedish, who possess a kind of laid back yet active attitude. The main work increase from home was the proscribed texts, with my two double subjects having eight recommended books between them, plus pdfs. I found around the same amount of essays for these double subjects as single subjects at home, though they take a bit more work considering the knowledge expected of you. The old university campuses are a treat to ride through, as the town itself is, especially once the trees begin to bloom flowers at the end of spring. Those who find themselves over-dazzled by the town, or embrace the Swedish enthusiasm for drink a bit too much, would be glad to know that there exists a generous resit system for assignments and exams, which, from what I’ve heard, consists of three chances.

Apart from the fun things in Lund, there are less exciting things an Australian student should consider. Even Lund, one of the cheaper towns of Sweden, is probably around as expensive as Adelaide is. Food at the shops is arguably a bit more expensive in general due to a lack of sales, though if you’re a fan of frozen/canned fish, especially sardines, you’re in luck (and have a means of cheap protein). In my case, I would have been served well knowing to make sure I applied for centrelink student allowance before I left Australia, as I deferred the previous semester, and the pre-departure guide doesn’t tell you that you’ll have your claim rejected if you fail to do this. Personally I did attempt to contact centrelink before leaving, though was unable to reach them due to their lack of resources. Combined with my claim’s generally poor processing, I have some grounds for appeal, though this will gladly be dealt with when I return home. Luckily I had family to lend me money after my claim was eventually processed; and this is something I’d greatly recommend – having a fallback for unexpected loss of funds or income. You’ll be well served for every other technical aspect of the trip if you read all necessary info and stay vigilant for emails, etc. during the applications process. The only other thing I’d recommend is not to do money exchanges at airports, and to get a Citibank plus card if you want an account with no fees in most countries.

Despite being poorer than I’d hoped, there were still opportunities to travel abroad. Thanks to flights which can cost as little as $30 return, Europe is very affordable to travel, and this is especially so if visiting Eastern Europe. A very active week in Poland set me back around $200; including the vodka we brought back, though I’ve heard other countries like Ukraine are half again as cheap. Amsterdam was my most expensive trip, mainly due to the accommodation price, as I went during King’s Day, their biggest national holiday. Regardless of this, I’d greatly recommend going at this time if possible – the Dutch city is undoubtedly one of the coolest places I’ve been, and is especially so when covered in crowds of orange-clad people and dotted by dozens of street stages with massive amounts of dancers. 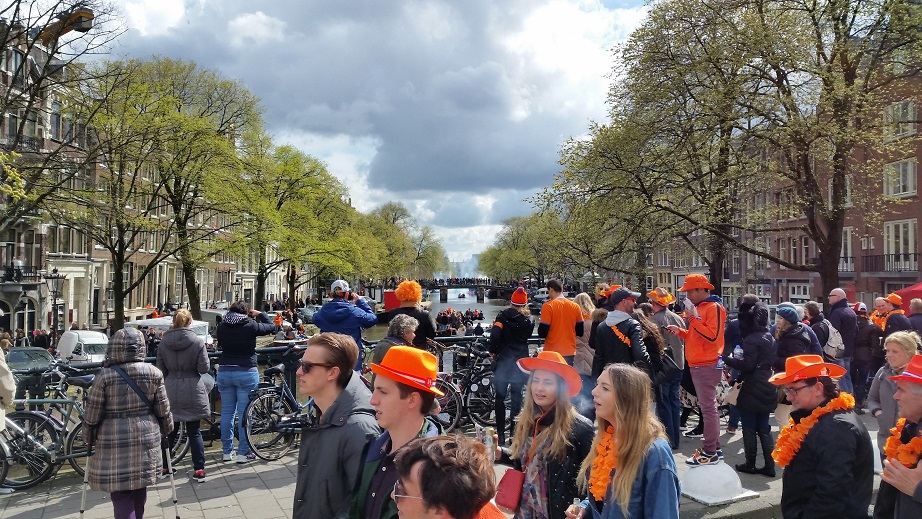 Though returning home from Amsterdam on Valborg (May Day) marked the end of my travels out of Sweden, seeing Lund alight with celebration, with mobile students going from place to place, the police shaking their heads as youths blared music out of open car doors or rode through traffic with lagers in hand, reminded me that the town I picked for exchange was still a perfect, familiar location to whittle down the last of my funds. Despite friends who come and go between various European cities, and a slowly winding down social scene, I find myself quite grateful for being stranded in this little town. After such a small space of time, I’ve come to feel at home here, from the lined old buildings and blossoming trees, to the faces of the people I’ve met. The thought of packing up and leaving my flat is almost impossible to imagine, while leaving friends is better not imagined. Those aspects of departure are inevitable, though I still can’t quite shake the bittersweet aspect of it all. The experiences I’ve had make it hard not to be grateful for my time here, and I suppose these provide that unshakable feeling of joy which pervades even the foreboding of leaving. This experience has been amazing, and I’ll always remember the details and feelings that can’t be fit into such a surface summary. For now, I’m going to pour myself a drink and head out to the last bonfire of Pålsjöäng student housing, and avoid thinking about my final essay.