Posted on September 14, 2016 by Global Learning

My adventure in France

I am now in Chambery which is a city in the department of Savoie, located in the Rhone-Alpes region in south-eastern France. It is located close to the Italian and Suisse border and you can easily travel to these countries either by train or by plane from Chambery. 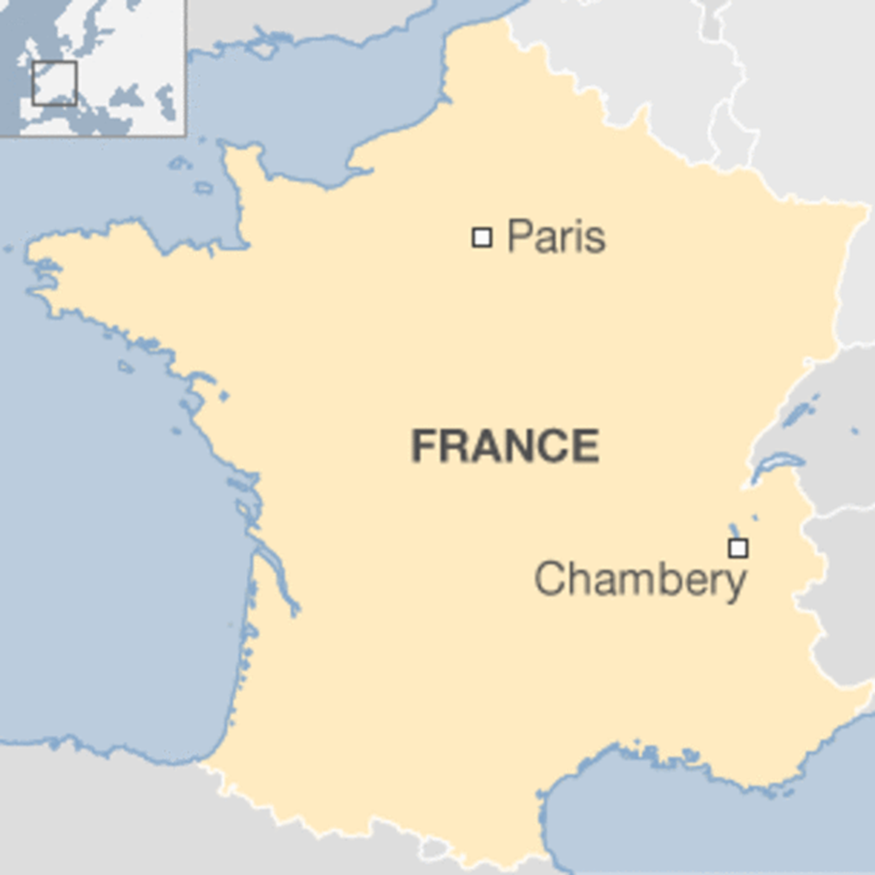 My university and other campuses

I will be studying at Jacob – Bellecombette which is one of three campuses in the University Savoie Mont Blanc community. The other two campuses are located at Le Bourget du Lac and Annecy. 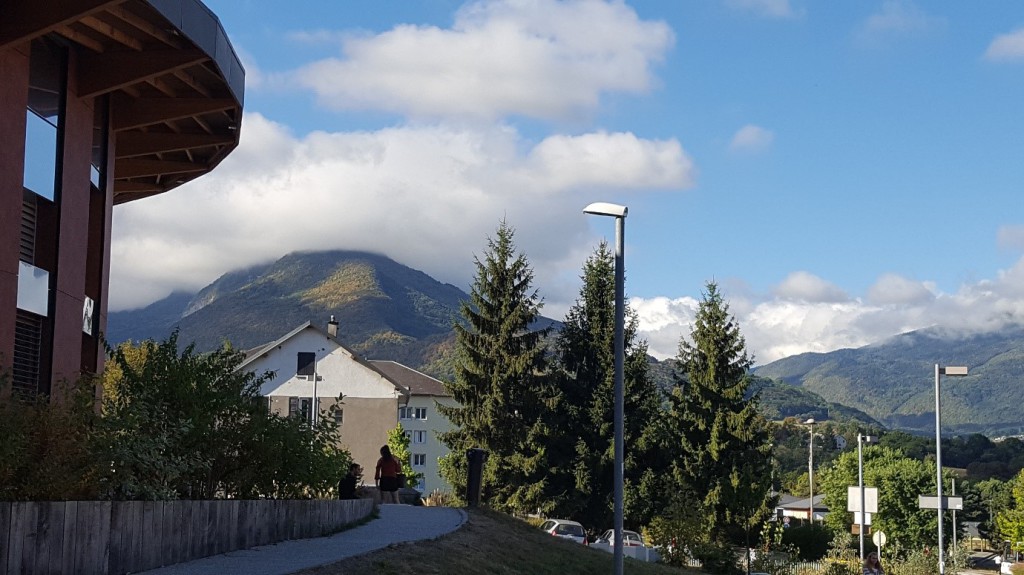 The view from my university at Jacob-Bellecombette 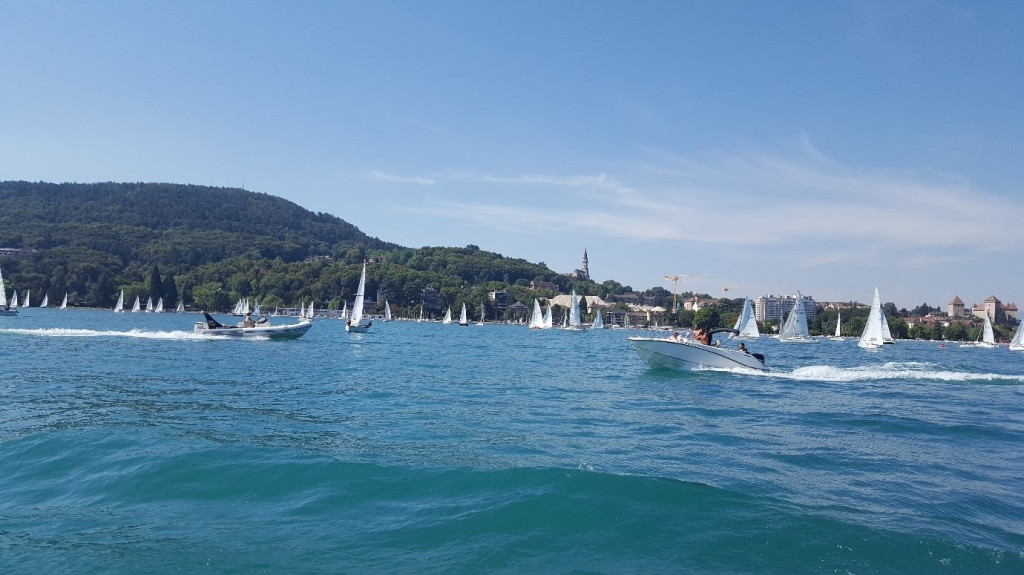 The lake at Le Bourget-du-lac and at Annecy. A very popular sporting and leisure location

My campus is located within walking distance from “Les Elephants” which is a well-known fountain in Chambery which was erected to commemorate General de Boigne who was a French adventurer who found fortune in India. The fountain has four sides and each side has an elephant with the water flowing out from its trunk.

Sports and Leisure all year round in Chambéry

When I arrived in Chambery I thought that it would take me a few weeks to settle in but I was at home on the first day. Being able to speak French quite fluently in Australia made a massive difference to how well I adapted to my new community. Since my arrival here on the 4th of August I have joined a gym where I train every day from 6am to 8am before my studies at the university. I have also bought a Velo Tout Terrain (VTT) for some outdoor mountain biking and I have also taken up “randonnee” or hiking on the weekend. 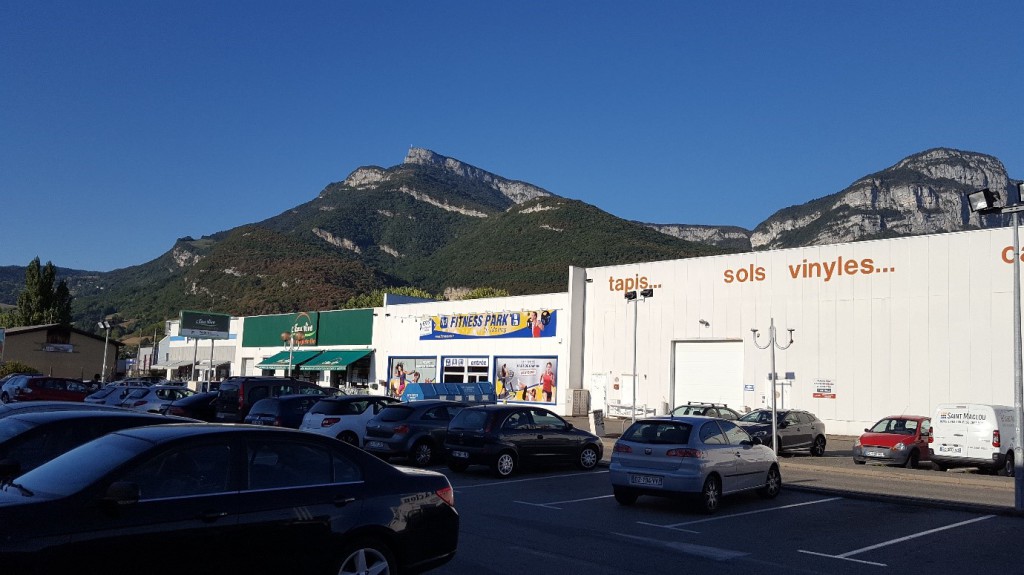 Fitness Park is the gym where I train every day. The people and staff there are very friendly to you as if you were training there for a few years. 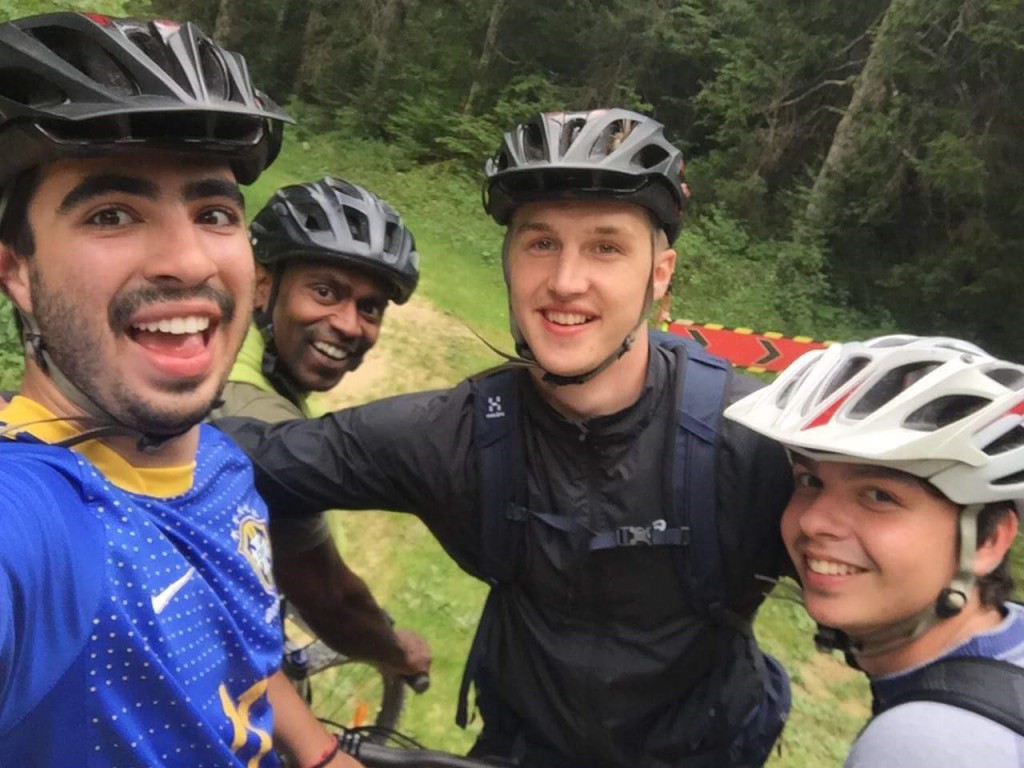 VTT with some of the other international students 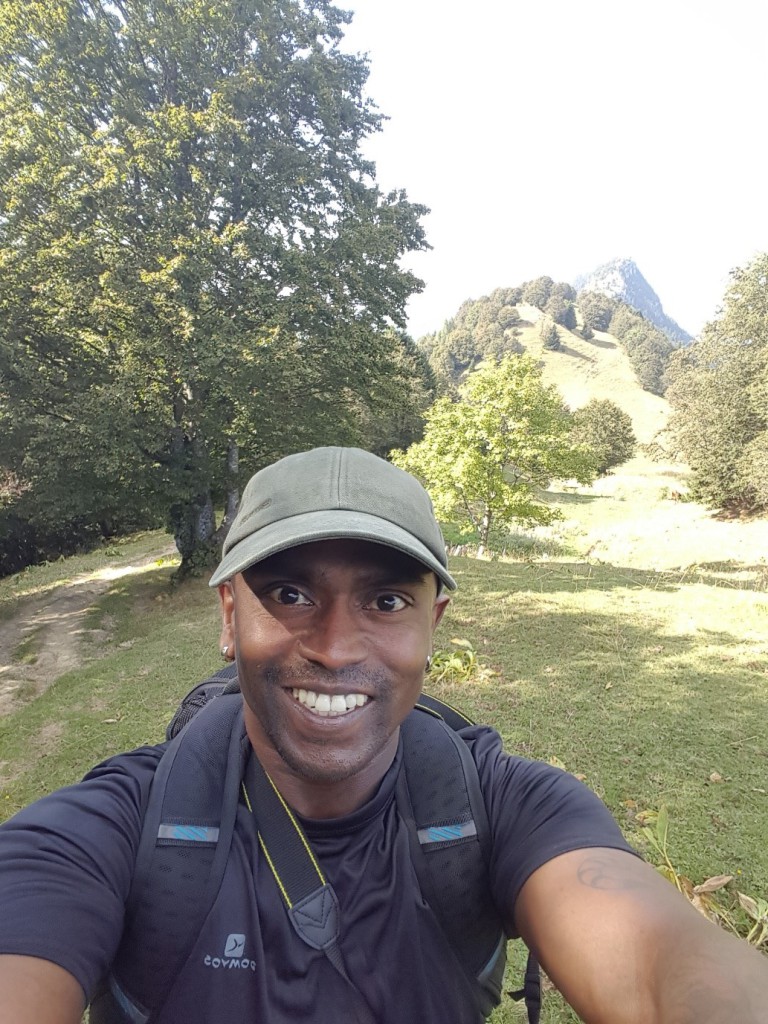 The highlight of my time here in Chambery so far would have to be the week long integration for international students at a place called La Feclaz. It is a small town between Chambery and Annecy near the foot of a group of mountainous region called “Massif des Bauges”.

During this week long integration 100 students from all around the world gathered together to study French, participate in summer outdoor activities and have a fantastic time. The international students came from Italy, Spain, Belgium, Germany, Austria, Australia (me representing the continent), England, Scotland, Finland, USA, Netherlands, China, Japan, Estonia, Romania and Hungary.

This integration week was a first for the University Savoie Mont Blanc to encourage camaraderie amongst international students but also to help build a support network during our stay here in Chambery and also after our studies are over. A typical day at La Feclaz consisted of 4 hours of French targeting different levels of competency within the group of students followed by a nice lunch before an afternoon siesta. After which the afternoon activities started! There was four groups for the activities and the groups were organized depending on your level of fitness.

On the card there was Velo Tout Terrain (VTT) which is mountain biking on sealed and un-sealed roads at neck breaking speed…only for the daredevils in the group!

Paragliding where you sit in a chair-like basket with a chute attached to it. You then run off the edge of a cliff and fly around trying to catch hot air emanating from the earth’s surface to lift you higher into the sky. 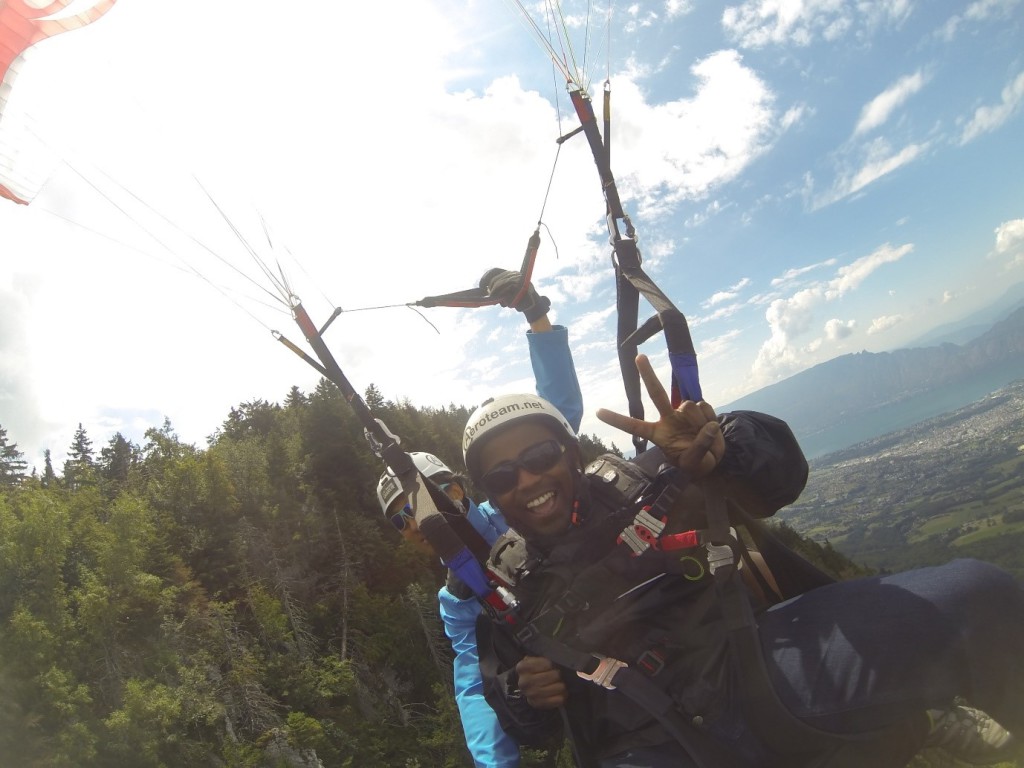 Val the Daredevil paragliding above the sky in Chambéry

There was also a 3 hour hike up the mountain to “La Croix du Nivolet” which is a metal cross atop of a mountain which overlooks Chambery and all the other mountainous regions. This cross was erected on the mountain to commemorate the church where it belonged which was destroyed to allow the construction of the “Avenue du Comte Vert”. It currently the street on which my student residence is located. 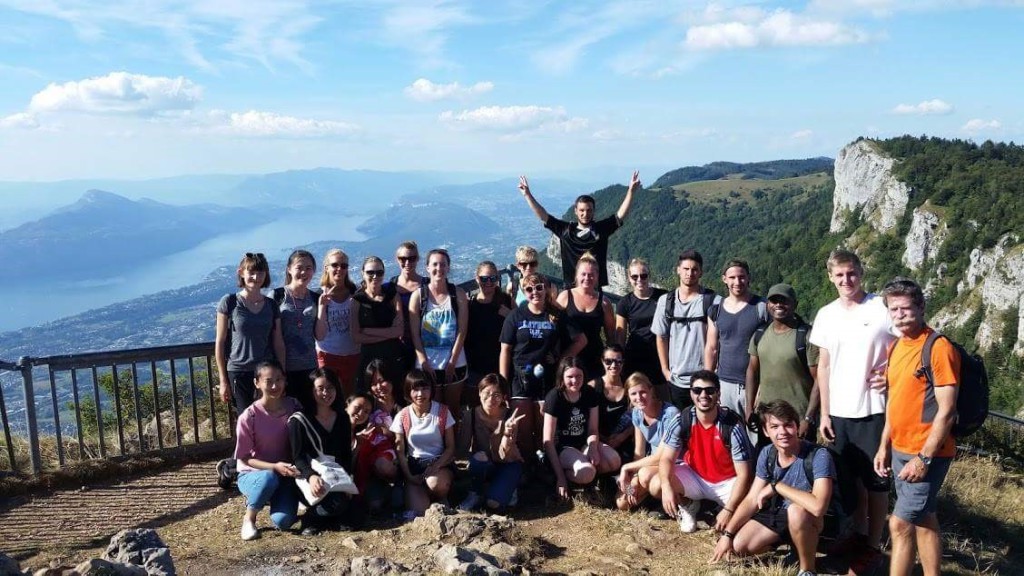 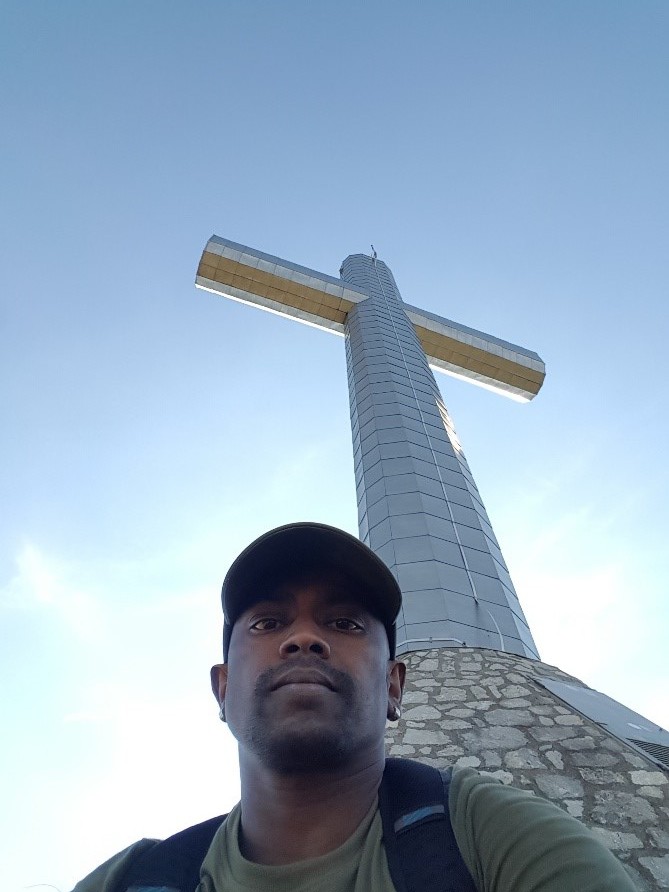 Sitting at the base of La Croix du Nivolet

Other activities offered during the week of integration was Canyonism where you don a wet suit and jump off a cliff into a flowing river with waterfalls and obstacles. There was also horse riding and Via-Ferrata which is walking along the side of a cliff while you are secured by a harness to a safety cable. I didn’t get to participate in any of these activities because they were conducted at the same time that I chose to do paragliding. They are definitely on my to-do list before I leave Chambery back to Australia.

On the last day I participated in an activity called accro-branche which is tree top walks with obstacles. I didn’t really expect to enjoy this activity because I have done it before but to my surprise it was very different. There were lots of obstacles to challenge me both physically and mentally and I had a fantastic time. 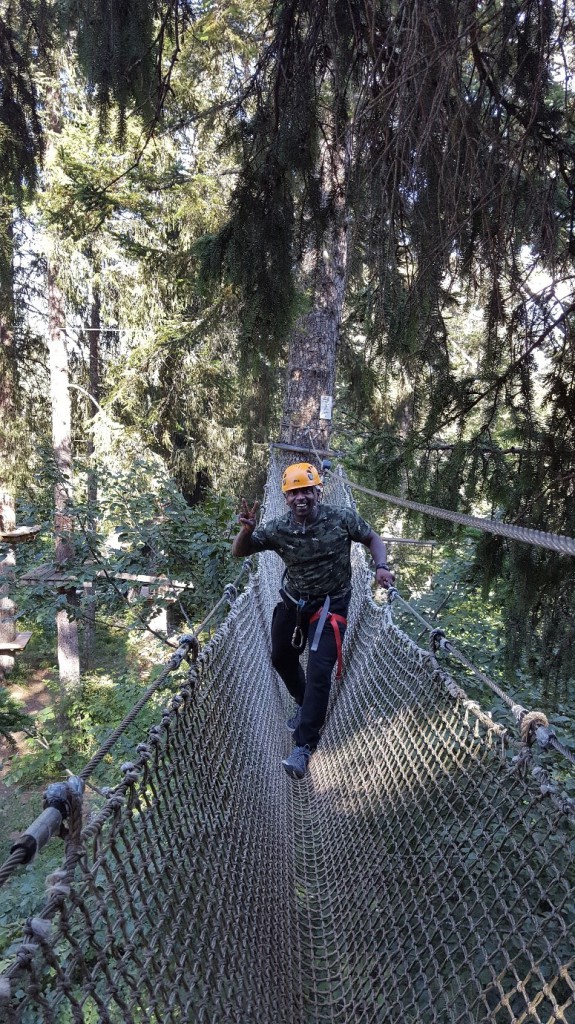 Time to say goodbye but not farewell to La Feclaz

It was sad to say good bye to La Feclaz but I will be there again in winter. I have never seen snow so I will have lots of pictures for you. I am now back in Chambéry and my studies is in full swing with 18 contact hours per week which can be hard some days. But what makes it easy is the friends that I have made back in La Feclaz as it is a fantastic support network for me during times when I feel low and I lack energy. 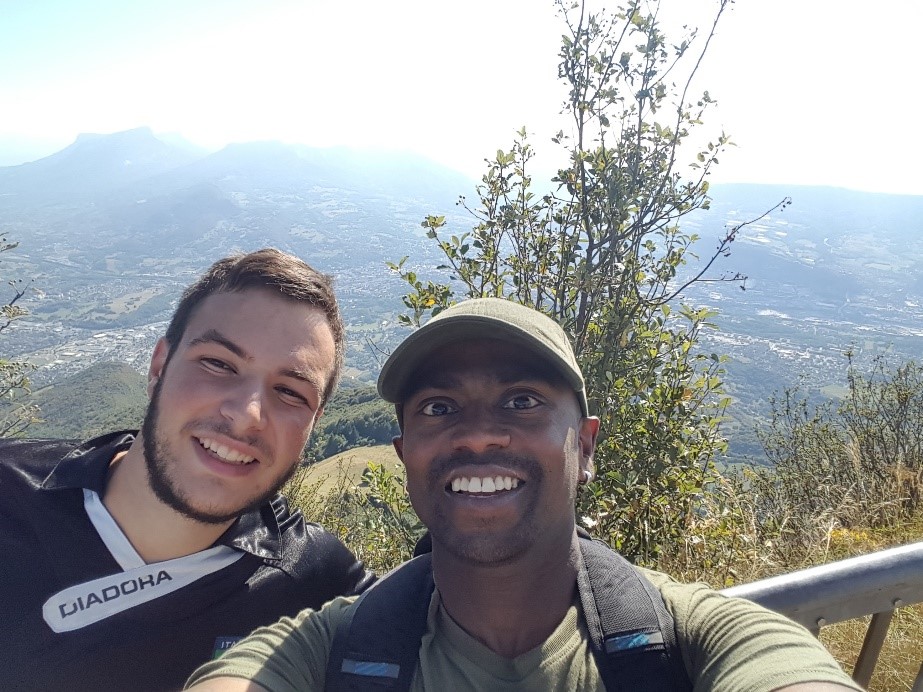 Francesco from Italy with Val at La Croix du Nivolet 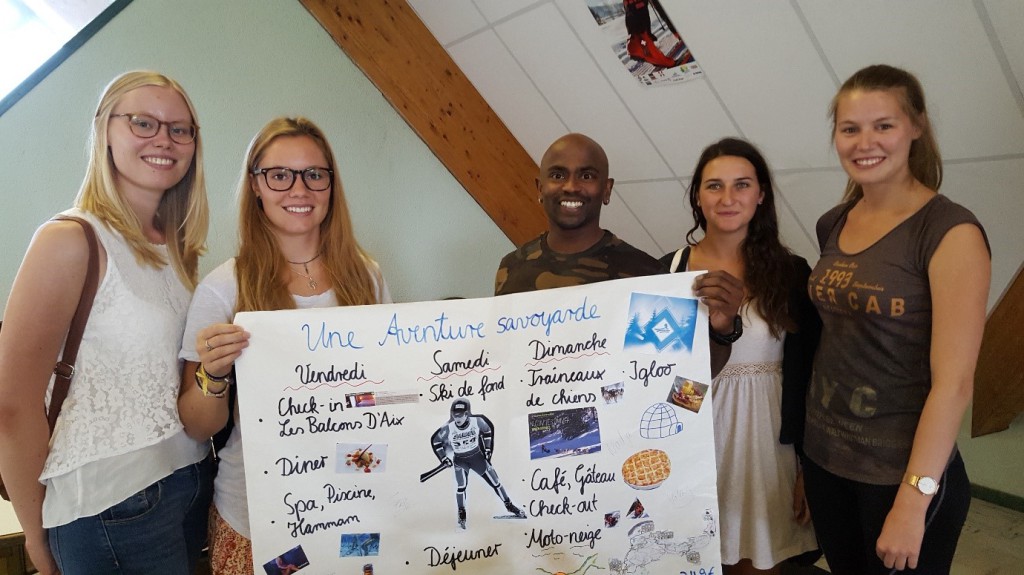 Nadja and Katarina from Germany, Nadège from Austria and Justine from Belgium with Val at La Feclaz during our presentation in one of the French lessons that we did everyday. 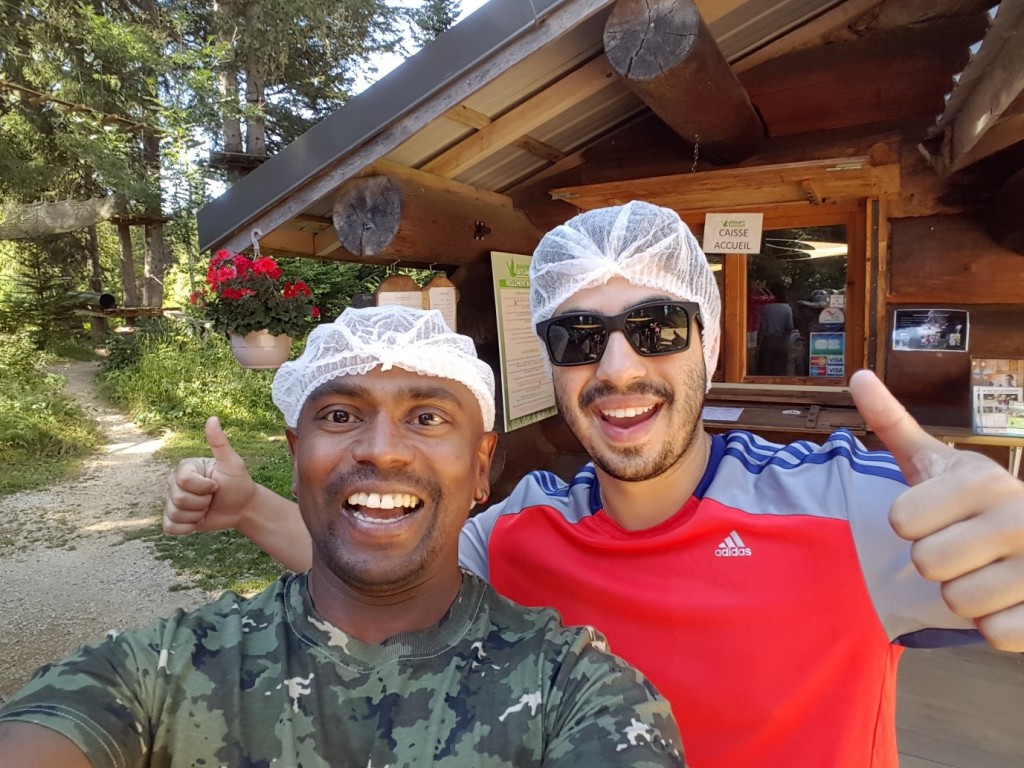 Lucas from Brazil and Val clowning around 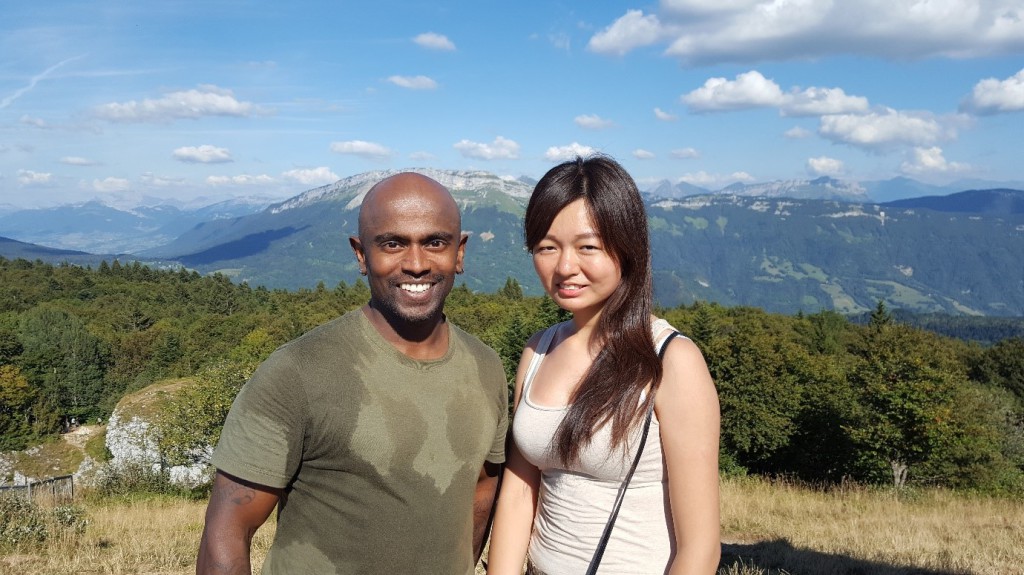 Mengyao from China and Val at La Croix du Nivolet 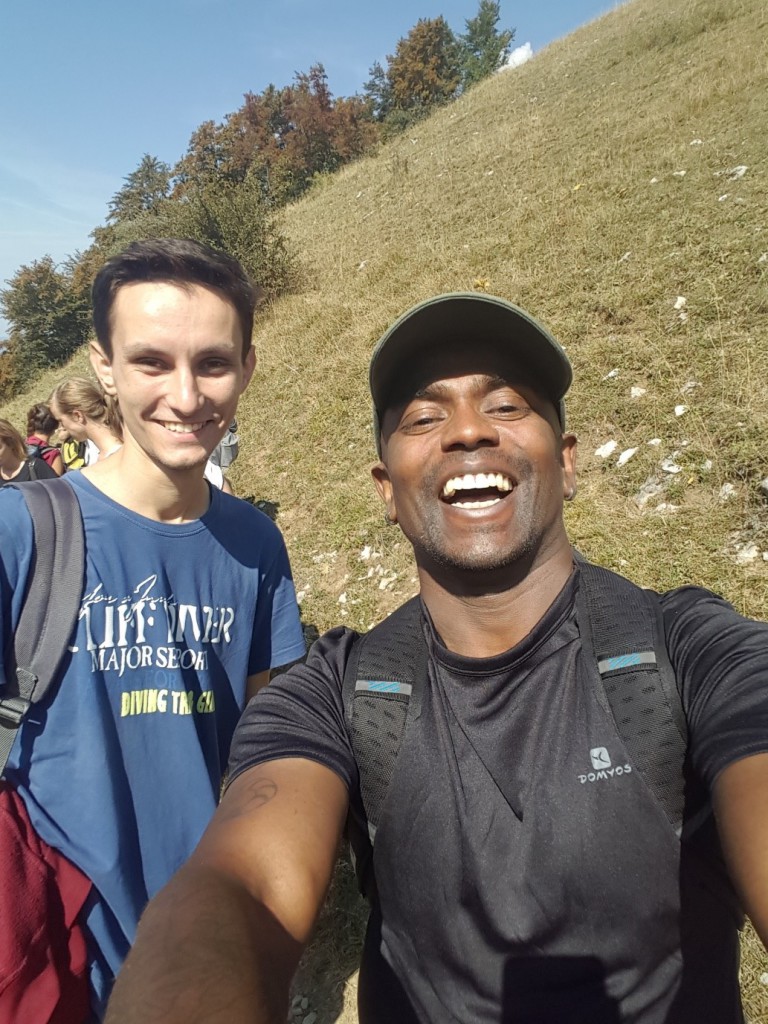 Vladimir from Romania and Val feeling happy that we survived coming down this really steep mountain side. 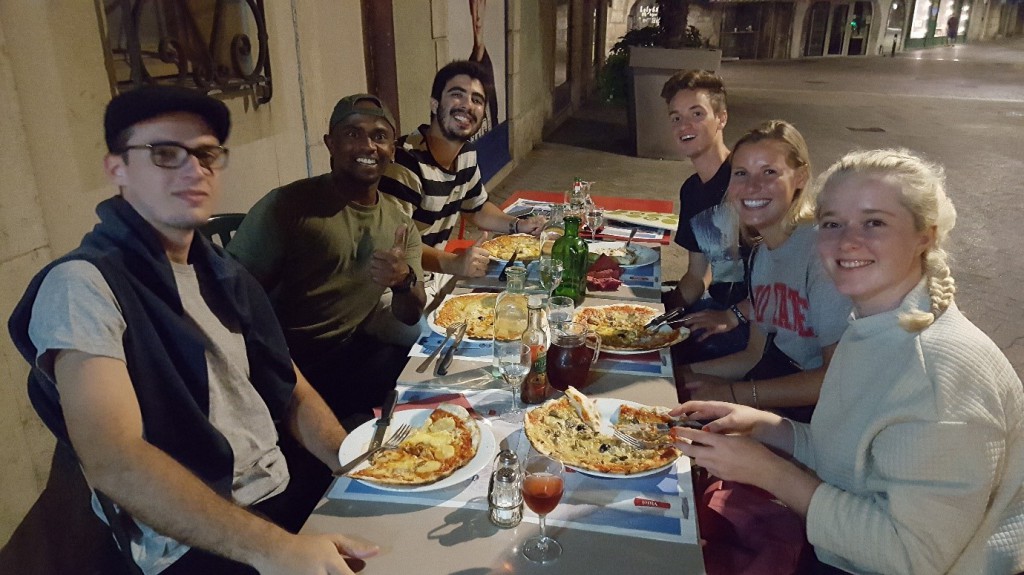 Some of the crew and me enjoying a nice pizza à la Française!