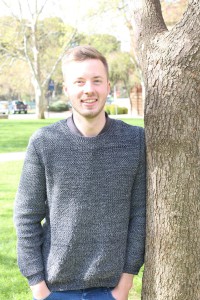 When asked about why he chose to study abroad at Texas A&M University, Sam laughs, slightly embarrassed, “Do you want the real reason? My favourite basketball team is the Houston Rockets, so I wanted to be next to Houston.”

Sam lived on campus while in Texas, but that didn’t come without complications. “I got kicked out of my dorm. They put me with a female, and they weren’t meant to do that. She was very uncomfortable with having a male roommate.” To resolve this issue, Sam emailed the accommodation office at Texas A&M. and they fixed it all for him, “They moved me to this apartment, way across from the university. I had to take like four Ubers to get everything across. It was an hour walk to and from [The University] each day.”

If any other student was in that situation, Sam would recommend to do exactly what he did and just sort it out as soon as possible. “When I went to the housing office, they laughed at me, like ‘this has never happened before’. They were so sorry.”

While overseas, Sam partook in as many activities as he could. One of these was European Handball, which opened the door to many travel opportunities for him. He ended up travelling with his handball team to North Carolina for the nationals. We asked him if he knew anything about the sport before he played in America. “I knew nothing about it,” He laughs, “I played it once in high school and I thought it was cool. I had no idea, but it’s actually full contact. It’s tackling and stuff.”

Sam gives an answer that most Australian exchangers would give when asked what their number one travel essential is: “Vegemite. The cliché. I brought like five tubes of Vegemite. A lot of people actually really did like it.” 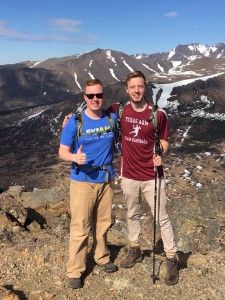 University life was a prominent highlight in Sam’s exchange experience, as he explains: “Living on campus was a big thing that made it so different. It felt more like a community. Here, I feel like everyone just comes to university, does their work, and goes.” He thinks for a moment before continuing, “But also, this was a college town, so like 99.9% of people there are uni students. There’s also a lot of sporting teams that enhances the community feeling.”

Sam can rattle off his American experiences as if he’s ready to go at any moment: “For spring break, I rented an RV with four Spanish guys, and we travelled across California. We went to five national parks. That was amazing. Oh wow…” He pauses to remember, “Going to Mardi Gras in New Orleans, hiking a glacier in Alaska, we stayed in a log cabin in New Mexico…”

When asked whether he thinks he’s the same person now as when he left for his exchange, Sam says “I think socially I’m a bit more active. Before I went away, it was like come in to university, do work, go home, do more work, kind of thing. And then on the weekend I might do something with people, but I was definitely not as socially active as when I came back. I’m putting myself out more. Like before going to America, I wouldn’t have done this interview.”

Sam studies a Bachelor of Media, and took his exchange to Texas A&M University in Semester 1 of 2016. 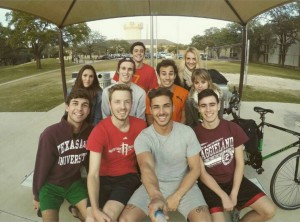