Posted on November 1, 2016 by Study Overseas 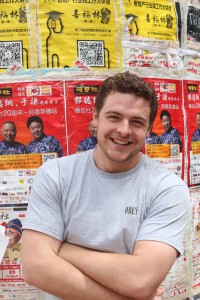 Blake chose a study tour over an exchange because, as he tells us, “I was at a point in my life where I wanted to change something and do something adventurous. But I didn’t have a lot of money, and the media trip to Japan was pretty much the perfect choice. With the help that I got, it didn’t really cost me anything.”

“I think the hardest challenge in Japan was trying to balance everything to get the most substantial experience possible, because there’s so many options in such a short amount of time.”

When asked about his most memorable travel experience, Blake tells us a story that sounds like a scene from a movie: “We were going down an alleyway, and John led us to a door that he picked randomly off the top of his hat, and we went into this small bar with about six seats in it. Zero space. One bartender. We went there almost every single night while we were in Osaka. Once, we went out, bought a bunch of random fruits, took them back to the bartender, and said “challenge?” and he made some of the best cocktails I’ve ever had in my life.” Blake also mentions the Gion Festival, a traditional culture festival that happens to take place in Kyoto while the study tour is on: “I was enjoying myself so much sitting out in the rain getting soaking wet, watching this cool festival with cool people, and that definitely would not have been something that I could have done on my own.”

As most exchange students do when asked what they would say to someone who is considering studying abroad, Blake’s face lights up as he exclaims “Do it, do it! I would say, even if you feel anxious about it, or even if you don’t have enough money to do it, or if you, I dunno, think that it’s not really what you want to do – you’re wrong. It’s what you want to do. Going overseas is one of the most exciting experiences in your life, and getting to study overseas is even better. Because experiencing an overseas culture and studying overseas is one of the best things for your soul that you could possibly do.” 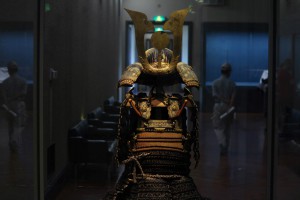 When asked about what motivated him to apply for Japan, Blake says “As soon as I heard about it in first year, I though ‘that would be cool, I really want to do that.’ It kind of bubbled away. It fell away with a lot of stupid, superficial stuff in my life. And when all that fell apart, I thought ‘I want to travel. That Japan thing would be awesome. I’m gonna do that.’ So I did.”

Blake has some helpful advice when it comes to applying for exchange: “They can tell when there’s enthusiasm and passion invested in it. Don’t panic. Don’t panic that you have nothing to write about because if you’ve even lived a year on the planet, you have enough to write about for it to be substantial. All of it means something and it’s enough.”

As he spends a few moments telling us his favourite memories from his travels around the study tour, Blake tells us what he is going to take into his future life from his time overseas: “I’m now on a streak that I don’t want to end. I want to go to a new country every year and fill up my passport before my sister fills up hers. I’m not anxious at all about going somewhere where I can’t speak the language. I’m more excited to do it because I know it’s fun. It’s not hard, it’s fun.” 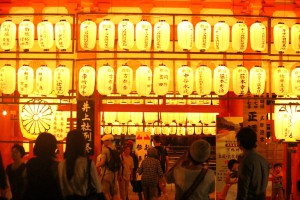 Blake took part in the Media Industries and Cultures study tour as part of his double degree in Media and Arts, at Ritsumeikan University, Kyoto, Japan, during winter school, 2015.