Posted on November 8, 2016 by Study Overseas

The past three weeks have been immensely rewarding – in so many surprising and unique ways. I really don’t want to sound high and mighty, but for all of the anxieties and/ or efforts exerted to get yourself studying abroad, it is surpassed excessively by the experiences and extended opportunities.

Being offered the opportunity to play in a sitting volleyball tournament, I embraced the Sheffield University Student Union ethos to ‘give it a go’. Daunting enough as it was being a complete beginner, I didn’t expect to find myself playing in Tier 1 of the National Sitting Volleyball Grand Prix, with and against several national-level players and even some Great Britain Paralympians. I was completely out of my depth, physically challenged by the foreign body movements, strength shortages and the game’s crazily fast pace! I was envious and in awe of the skills on court, then deeply inspired seeing a few of the athlete’s personal challenges – some having leg and arm prosthetics, or wheelchairs. I played with the resilient, modest and very supportive Andrea Green, who (due to funding cuts) changed sports to Paracanoe, winning gold within one year! I honestly cherish this day – of learning new skills, being encouraged and supported by my team (whilst mocked), and the overt friendliness of everyone (even from opposition!).

My weekends have been absolutely consumed by the best thing possible – travel. With day trips to Whitby, Nottingham/ Wollaton Park and Liverpool – collectively, I have an extensive list that includes: seeing Dracula’s birthplace at Whitby Abbey, Captain Cook’s quarters as a seaman apprentice, the English seaside and coastal village, having the “best fish and chips in the world” at the Magpie Kitchen (was high up there!), then went quality vintage shopping (I found a few goodies, including a special edition of The Tale of Peter Rabbit!), went to Batman’s house and explored its inside museum (also trailed a few stags and deer outside), I walked along heritage-listed Albert Dock, overlooked the Mersey River, had shameful cinnamon donuts as a rushed lunch, enjoyed the Beatles Story Museum (although not so much having ‘Penny Lane’ still on loop in my head weeks later!), experienced a serene recreation of ‘Imagine’ film clip set, saw Mathew Street and the Cavern (where it all began), among exploring the city and listening to some very talented buskers (Liverpool has an amazing music culture as the ‘Capital of Pop’ – also having the most number 1 records in any location!). 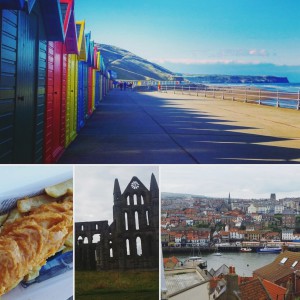 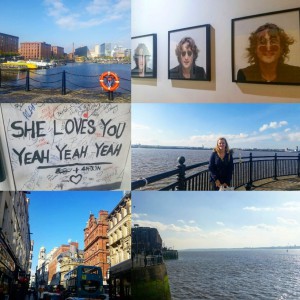 If that wasn’t enough, I had my mind, eyes and heart set of Dubrovnik and Split in Croatia. Hesitantly and a little reluctantly, I travelled solo – which is quite nerve-wracking, challenging and highly stressful as an experience, but also very liberating and personally rewarding. I definitely advanced my skills in research and planning, self-management, timeliness, communication, decision-making and adaptability. A surprising benefit for me was the achievement of being totally self-reliant, as there are few instances that you get that chance. I also loved the fact that solo travel gave me the capacity to absorb and establish a view from a piece of the world that is exclusively my own.

On an impulse, I booked a day trip into another country – Bosnia-Herzegovina (because only in Europe!). The tour went to Medugorje – where I saw a Roman Catholic prayer (it’s popular for Catholic pilgrimage due to apparitions of Virgin Mary), Počitelj – a mixed medieval and Ottoman style walled town and fortress, visiting Hadzi-Alija Mosque, and then to Mostar, one of the most beautiful places I’ve been. We guided down to the beautiful lake front, with bright yellow autumn leaves and an emerald coloured river. We crossed the new ‘Old Bridge’ – Stari Grad, walking the divisive middle between Muslim and Catholic sides. We were lead to watch a short documentary of footage from the war. My tour guide commented the bridge was “built by love, but destroyed by prejudice”, explaining how it symbolised four centuries of multi-ethnic life and acceptance, and of how she was displaced from having a mixed ethnicity family. You don’t even dare to imagine the fear, loss and sadness – and I’m still trying to reconcile the images of such atrocities with the town I’d walked through. It opens your eyes to the actual damage still in Mostar, remaining bullet holes and abandoned ruins – and the severe damage it caused after four centuries of ethnic diversity.

My adventures in Croatia included: walking another heritage-listed place with the walls and Old Town Dubrovnik, visiting ‘King’s Landing’, having famous Croatian seafood, racing through the Dubrovnik Maritime Museum, Memorial centre, Cultural-Historical Museum and Friars Minor Franciscan Monastery and Museum, navigating through the narrow stair laneways (transformed into ankle-deep waterfalls from the rain – also note all those museums!), drinking the best coffee on the steps of the Peristyle – sitting next to a true black granite Egyptian sphinx in Diocletian’s Palace, listening to traditional Croatian Acapella, I went to Jupiter’s Temple,  the Cathedral of St. Domnius, and climbed Mount Marjan and the high Bell Tower ( was really good views but absolutely terrifying to get up there, not to mention getting down!). 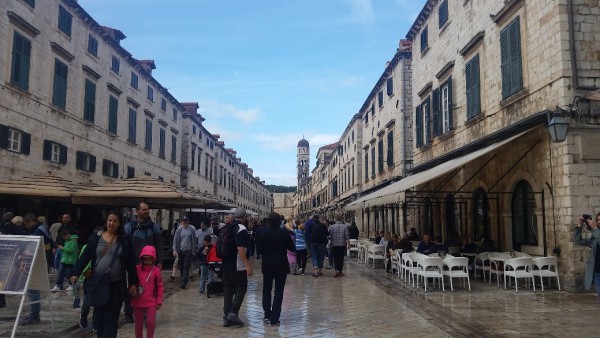 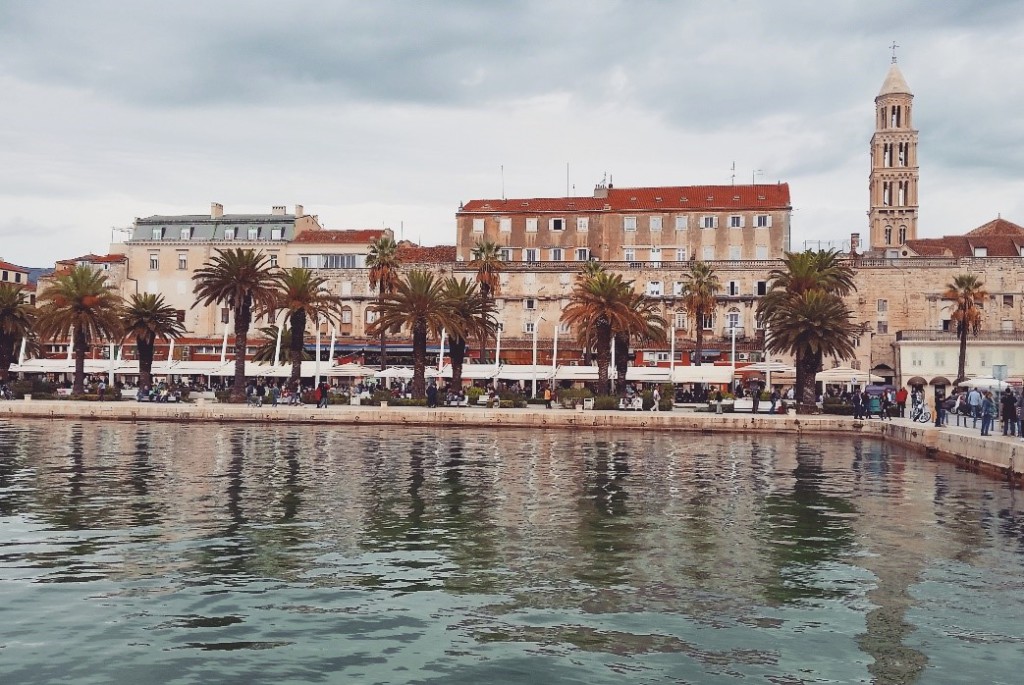 Safe to say, I have had the busiest three and a half weeks, and this pace looks set to continue! So even though I have so many more details – I think I’ve written about enough for this time around!
My last thought is of my Dubrovnik tour guide, when describing the War, he said “man did the evil, without the knowledge”. To have the experience of having first hand descriptions of the war – with the indiscriminate killings, bombing of heritage sites, illegitimate targets and religious symbols, and ethnic cleansing occurred, with complete failures of morality and the hatred shown in doing so – I certainly will never forget that.

“One’s destination is never a place, but a new way of seeing things” – Henry Miller.