All Roads Lead to Edinburgh – by Rachael Ingleton

Posted on November 9, 2016 by Study Overseas

On my first day in Edinburgh, one of my lecturers explained that Edinburgh, as a city, as not had an ethnically homogenous population since the 7th Century A.D. He continued on to explain that as an ethnically eclectic city, you’re not a visitor in Edinburgh, nor is it a place where you can call yourself a foreigner; “Edinburgh welcomes you as a home. While you’re here you’re not a traveller, but an Edinburghian”.

When I first arrived five weeks ago I was apprehensive about settling down and living on my own. Moving out of home is a rite of passage; moving out of home in another country is a whole new game. As it turns out, I needn’t have worried. I live in student accommodation on Cowage – Edinburgh’s equivalent of Rundle Street. Choosing to stay in a university residence has been an excellent decision, as it is how I have made nearly all of my friends here. We’re also provided with some support from ‘Residence Assistants’, who are second year students employed to organize social activities, and provide pastoral services should we need them. 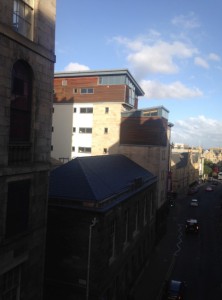 Moving into your new flat can be a daunting experience. I suggest that you find a way to make it your own. I bought a quilt cover, and some basic decorations for my pinup board. They’re not much, but they made it feel more like my room. Incidentally, so did reinstating my ‘floordrobe’ – a luxury I hadn’t been able to indulge in since leaving Australia some two months earlier. 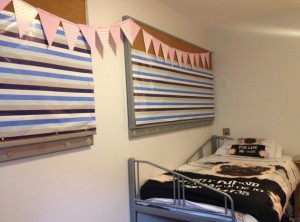 Trying to accumulate all the things you need to live is a tricky process, and you probably won’t get it right. From a vegetable peeler, to a mattress protector, you’re bound to forget something! Don’t worry – we all do. In fact, in my flat’s lack drinking cups has led to an ongoing joke about trying to find abstract things to drink out of. So far I’ve conquered a Pyrex measuring jug, champagne flutes, a vase, and jam jars (un-ironically, without handles and or trendy straws).

Edinburgh is an extremely accessible city for students, with many of the residences located within a 15-minute walk of campus. There are also plenty of small stores to pick up groceries, and coffee shops to sit in and get stuck into your work! It’s not surprising to see how JK Rowling wrote Harry Potter in a few of these little gems – they’re a perfect muse. 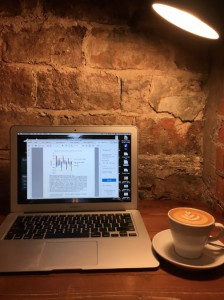 The first week on campus in the UK is the infamous ‘Freshers’ week, comprising a large variety of orientations, student initiations, student activities, and a fundamental lack of sleep. My first day in Edinburgh saw me attend a formal welcome meeting, locate campus, and visit Edinburgh’s own on-campus night club, which is occasionally home to iconic 90s bands. During this week I also managed to climb Arthur’s Seat, attend a Haggis and International Food flat party, watch an AFL Finals footy game, and attend the oldest varsity match in the world: Edinburgh vs St Andrews Rugby. 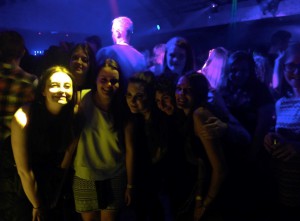 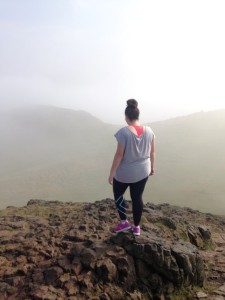 Climbing through the clouds on Arthur’s Seat, Edinburgh’s volcano 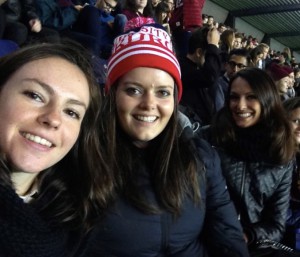 Getting involved with as many activities as possible is critical to your experience as an exchange student, as your best memories will be made through introducing yourself to new experiences. While abroad you’re given the opportunity to design your life, build your own schedule, and try out new things in a different environment. I have joined the Student Newspaper Society, and successfully published an article within my first two weeks on campus. I’ve also joined the Politics Union, and have been invited to publish in The Leviathan, which is Edinburgh University’s politics and international relations journal. Through this I’ve met likeminded people, and friends from all across the world. 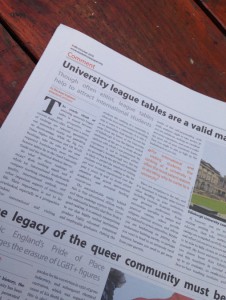 I have lived here for 7 weeks now, and I can’t help but feel that all roads lead to Edinburgh. I feel completely at home in his beautiful host city, and I already know that it will be hard to leave! From the friends I’ve made from over ten countries, to the prized academics I’ve learnt from, and eclectic culture that comprises Edinburgh, I can’t help but feel there’s something inevitable about this city.