Posted on February 9, 2017 by Study Overseas 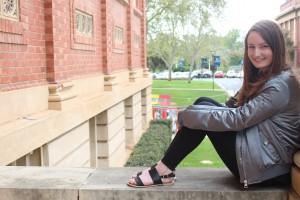 Emma describes the university life in England as quite different to Adelaide. “The thing that probably took the longest to get used to was the grading system. It’s not harsher, just different. So like, a 70 is the equivalent of a High Distinction here, and so when lecturers would say that they would be happy with a 68 – well, in my mind that’s a Credit. So yeah, that took a bit of getting used to. And the fact that they don’t record lectures, so you have to go to all of your classes. They’re really big on attendance so you have to sign in and out and stuff like that.”

In terms of difficult situations, Emma encountered one that we all dread when travelling. Her bank account was hacked while she was travelling in Norway. She was left with no internet banking and she couldn’t transfer from any of her other accounts. Her card was getting declined everywhere. “The bank couldn’t work out what the issue was,” she says, “They weren’t sure what happened, but they think that someone made a duplicate of my card, and that they had been withdrawing money, because it was all being withdrawn from the same place. So that was probably the most challenging thing. But to be honest, it wasn’t too bad. I contacted my parents. I was stuck on an eight hour train journey trying to work it all out. They used a service where you can transfer money and access it within five minutes. They just transferred me enough money that I needed.” Emma breathes a sigh of relief as she remembers, “After all that, we came to the decision to move my flight home forward, because we were a bit worried about what I was going to do without money if it happened again.” 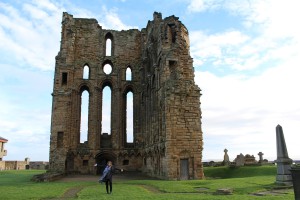 We asked Emma if she learnt anything from this experience.

“I think that it could definitely happen to anyone. You need to be very cautious. I mean, we’re young people, sometimes we think we’re safe from all that stuff, but it can happen to anyone. I didn’t do anything out of the ordinary for it to happen. It’s just unfortunate that it did. The best thing you can do is just to stay calm and be aware of those kinds of things. Have a backup plan for emergencies. Everyone thinks that it won’t happen to them but it can and it does.”

In regards to Emma’s exchange, she enjoyed living on campus and always having something on where she could socialise and get involved. “I think it depends on your situation and what you want to get out of everything.”

After telling us about her exchange, Emma moves on to her favourite memory from her entire trip – seeing the northern lights. “I’ve wanted to go to Norway for ages,” Studying abroad was able to give Emma this opportunity, “I’ve never been so cold in my life. I thought my feet were going to fall off. It was just incredible.”

Emma says, “I think I’m a lot more confident now and feel more equipped to deal with certain situations. When you’re at home you have a tendency to ask friends and family to help you out with stuff. I think you have the freedom to be who you really are overseas. So there’s no barriers. Being somewhere where nobody knows who you are, all that pressure is lifted. I feel more comfortable and confident, and more prepared to deal with things on my own.” 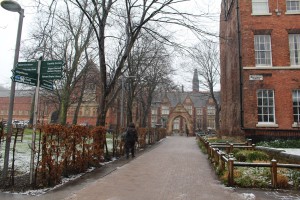 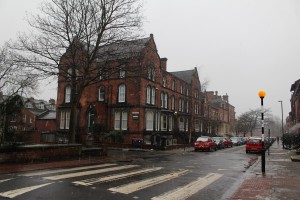 Emma studied at the University of Leeds as part of her Bachelor of Psychological Science (major in Music Studies) in Semester 1, 2015.