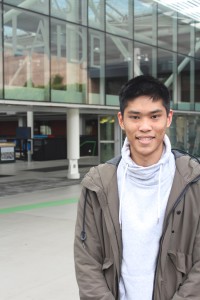 Gabriel didn’t originally have HEC Montreal, Canada, as his first preference. He originally wanted to go to Norway and Denmark after discovering that the only university offered in Canada was in Montreal, a predominantly French-speaking part of Canada. However, he eventually decided to just go for it and applied for HEC Montreal.

Gabriel tells us about the personal accomplishments he achieved while studying abroad, “I think it’s the connections that are important for me. Before the start of my exchange, I wouldn’t be able to talk to people that I don’t know – I would rather have been at home. On exchange I would rather go out and meet new people, and see what happens.”

While in Canada, Gabriel travelled to neighbouring areas of Montreal. “None of my friends wanted to go to Toronto and back because they had already been there. So I was like ‘Okay. See you tomorrow.’ And they said ‘Where are you going?’ and I was like ‘I’m leaving for Toronto!’ I went there by myself, I booked a room with this guy through AirBnB. It was really nice.”

One of Gabriel’s most memorable experiences from being in Toronto comes straight from a movie scene – literally. “I went to the science centre, and walked near the river, passed by the lake, and I ended up crashing a film set. I have no idea how. I crashed into the film area where they set up the food.” Gabriel tells us this story, laughing enthusiastically the whole way through as he remembers the situation.

Gabriel believes that he is the same person he was when he left for exchange. “I think I still have the intuition and a bit more reserve. I can communicate better. I’m even getting further in job applications than I did before.” 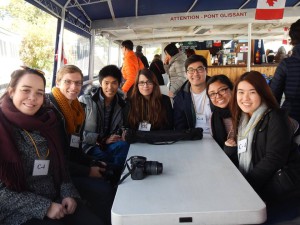 Gabriel studied at HEC Montreal, Canada, as part of his Bachelor of Commerce (minor in Corporate Finance), in Semester 2, 2015.