Faith Blake is studying on exchange at the University of Sheffield in the UK for Semester 1 of 2017. As a GLObewriter, Faith shares her experiences with us every month. This is her third entry. You can see all of her posts using here. 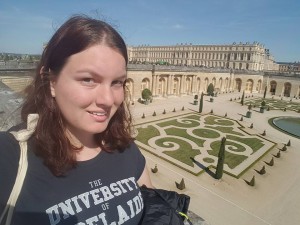 After spending twenty gruelling hours on a plane to the UK, it seems silly not to take advantage of its proximity to some of the world’s most famous countries and landmarks. Thankfully, three weeks for mid- semester break provides ample time to explore the infamous Europe, and with cheap plane tickets, you are guaranteed to afford at least one or two trips.

These last few weeks have been unbelievable for me. Before I left Adelaide, I had only ever been to Queensland, and never overseas. Now, I have been to five countries. I have taken a dip in the blue lagoon in Iceland; I have enjoyed the sweet aromas from the tulip festival in Holland; I have taken a trip around Europe with Belgium’s Mini Europe; I have taken luxurious walks through the gardens of Versailles and gazed up at the impressive Eiffel Tower; I have explored the Colosseum and Roman Forum in Rome. In Adelaide, I barely left my room except for class, my writing group, and work. I preferred the comfort of my bed, with a good book or YouTube to keep me company. Being forced out of my room daily and exploring each country has given me new comforts, such as finally being at ease with the whole airport process, and navigating my way through a primarily non-English speaking country. With my recently gained experiences, I would like to share a few pieces of advice with you.

Use Skyscanner to search for cheap flights and Booking.com for cheap accommodation. Skyscanner is the best website for finding cheap flights. In regards to airlines, EasyJet provided the most enjoyable flying experience so if you can get cheap tickets with them, snag them! Flybe wasn’t too bad either. My personal experience with Ryanair has been terrible – you really got to watch out for hidden fees, and some of their processes are inefficient. Also, don’t pay extra to choose a seat. You’re only going to be on the plane for 2 or 3 hours max. Booking.com is like Skyscanner but compares hotels and hostels. I’ve found the deals to be better and cheaper here, even cheaper than AirBnB.

Watch out for scams and pickpockets.  I have been fortunate that this hasn’t happened to me. The only incident that came close was in Rome where a man threw a bracelet at me and said it was free. He then chatted with me for a bit and wanted me to pay him for it after all. I had no interest in the bracelet from the start but I have always had issues saying no. He ended up leaving me alone and taking the bracelet back when I refused to pay. You must be firm from the start and constantly say no until they give up. Other scams include the “Golden Ring” in Paris and someone wanting you to sign something while their accomplices sneak a hand into your pockets. Of course, Adelaideans are used to ignoring people wanting them to sign things so just do the same in Europe. Invest in a jacket with hidden pockets or a chest pocket and a money belt. Be aware but don’t worry too much.

Don’t be deterred by non-English speaking countries. Even if English isn’t one of their official languages, people tend to know a little bit of it. Or you can just point and use hand/head gestures. I haven’t had too many problems with the above countries. My main point is, don’t decide against going to a country because you’re afraid you won’t be able to communicate.

Google Maps will become your intimate companion/explore different data options. Without Google Maps, I’m sure I would be stuck in Belgium somewhere for a few more weeks than what was originally planned. My advice is to ensure you have a decent data plan before leaving so you can have access to Google Maps. You can use a limited version offline if you have the app but if you want walking directions then you will need internet access.  I used Vodafone because it was a familiar company but there is also EE and 3 – both have excellent data plans.

Allow yourself some down time. And don’t feel guilty about it. I was mentally and physically exhausted at times during the two weeks of travel and sightseeing. Sometimes I slept in until 10am or stayed in my hostel for the day. If you’re going on a long trip it is important to recharge your batteries so you can sustain enthusiasm and endurance. Especially endurance because it will be tested continuously.

Go on at least one solo trip. Before departing for exchange, I read an article on the Global Learning website about another student who undertook a few solo trips. At the time, I remember thinking that I would rather stick a pitchfork in my foot than travel alone to an unknown country. I was scared, especially considering the horror stories you hear. However, I found myself in the situation where I had booked accommodation and tickets to Paris and Italy without a buddy to keep me company. I was desperate to go anyway and I did. It was (cliché, I know) the BEST decision I have ever made. I was in control of what I wanted to do, what I wanted to see and what I wanted to eat. My ability to handle different situations and environments increased – skills important for the workplace. I could fully immerse myself in the country and I felt enlightened about myself and my capabilities. Complete at least one solo trip. You will be pushed like you have never been pushed before, but it will be worth the knowledge and skills acquired. 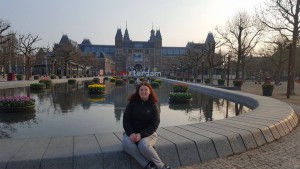 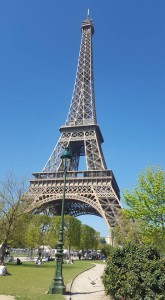 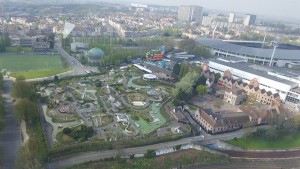 View of Mini Europe from the Atomium, Belgium 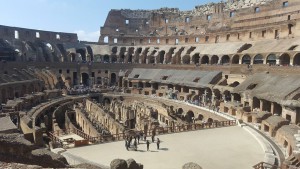