Fourth month of exchange: The journey continues but gradually nears its end – by GLObewriter Nachiket

Nachiket Athalye is studying on exchange at Bocconi University in Milan, Italy, for Semester 1 of 2017. As a GLObewriter he is sharing his experiences with us every month. View the full list of his posts with the globewriter-nachi tag. 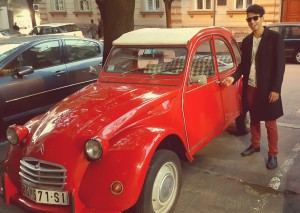 The exchange experience is incredibly valuable in terms of personal development. I cannot emphasise that enough. It teaches you the importance of certain significant things that we tend to overlook in our comfort zones. Family, responsibilities, real friends and money. This experience has taught me to be responsible and pay attention to everything that I do. You need to be responsible with how you spend the limited resources you have at your disposal particularly since you have to undertake every expense yourself. This of course applies to only those individuals that haven’t already been living an entirely independent life. But at the same time it is incredibly difficult to comprehend the huge expenses you have to undertake with literally no income coming in. This further teaches you how important it is to ‘make money’ and you go about looking for opportunities that you can utilise towards making that money. One can utilise such opportunities while on exchange or more conveniently, back home. Furthermore having to juggle between study, social life, travel, financial management and household chores makes you all the more responsible in a general sense.

Exchange has definitely taught me the importance of my closest family and has “filtered” out the friends that really matter to me. Missing family, feeling overwhelmed after talking to them, feeling left out in all the proceedings in your family home, are things every individual on exchange will feel, just like I did, signs which all emphasise their importance. Am sure I would be much more thankful to have the family I have on returning home. In terms of friends phrases such as ‘out of sight, out of mind’ and ‘absence makes the heart grow fonder’ can apply, effectively bringing some closer and filtering out the rest. I guess I definitely know which friends to cherish on my return back home. 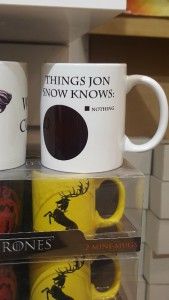 I wonder how much I know

Meanwhile, I have continued to travel around Europe trying my best to fill up more passport pages. This time the Easter break gave me the perfect chance to visit another 5 countries, along with one I had already been to, in a matter of 10 odd days. The tally has now reached 18 countries! I zoomed through a big city with tons of never-before-seen architectural beauty, a war-scarred city blanketed by a once-a-year snowfall, a country with non-existent traffic laws, another which isn’t even in the EU but still uses the Euro and a country with one of the most enviable coasts which if not enough also has an entire city declared as a UNESCO World Heritage Site. 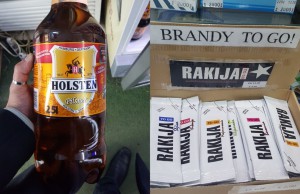 I set out with a couple of travel buddies starting with Timisoara, a small town in Romania with the smallest airport I have ever seen. Literally, the only flight that landed was ours and the next batch of passengers waited for the flight to fuel up so they could board it and go elsewhere. Regardless, this small town is a hidden gem in the vast country. Luckily, we had the pleasure of spending some time in the Sunday market that was nestled in the little city centre. We had some Langos, which is a Hungarian deep fried flatbread topped with cheese and cream. Also, I’d rather not go into the huge number of calories we consumed thanks to the enormous number of sweets on display. 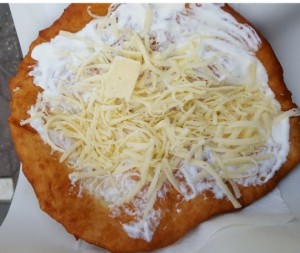 Our next destination was Belgrade, the affluent capital of Serbia, the cornerstone of the now extinct Yugoslavia. One can still see the scars of the Yugoslav wars which resulted in the bombing of Novi Sad, second largest city of Serbia, at the hands of NATO. Of course Serbian leadership, particularly, Slobodan Milosevic, was single-handedly responsible for all the war crimes in the lead up to the bombings, regardless you feel for the Serbian people. The city does not fail to impress though with its prosperity, heritage and architectural magnificence. We stayed in a cute little hostel that claimed itself to be the ‘first capsule hostel of Belgrade’ and I must say my first capsule experience did not disappoint. It made me wonder just how much space I need to fit the most important things I need, a capsule was certainly enough to accommodate it all if only I were to get rid of the unnecessary materialism, hoarding and build-up of excessive memories. 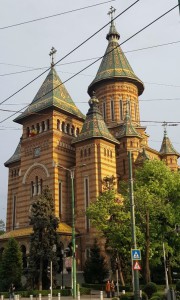 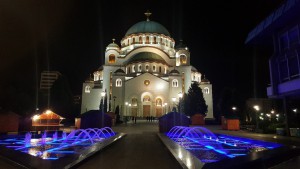 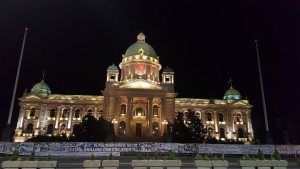 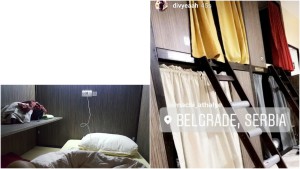 Next stop was Sarajevo, capital of Bosnia and Herzegovina, the city that was once the centre of the Yugoslav wars. In present day, it is an incredible mix of three cultures, to be precise, Bosniaks, Serbians and Croats that represent three beliefs, namely Islam, Eastern Orthodox Christianity and Catholicism respectively. This has yielded three different ways of living with proper physical borders and a president for each province, all within a single country! A chat or two with some locals however revealed that the country is very much united and Bosnians are warm towards each other with no sense of prejudice. We were sort of lucky and unlucky to be in Sarajevo at that particular time as the weather degraded rapidly and it snowed heavily. The snow was quite a bit of an inconvenience that left us stranded in the hostel for a while but at the same time the city was at its best in terms of beauty. Snow-clad mountains all around, streets that served as large patches of white, tree branches trying to balance the snow and occasionally giving up and some more flakes latching onto the incredible architecture all around. Picture perfect! 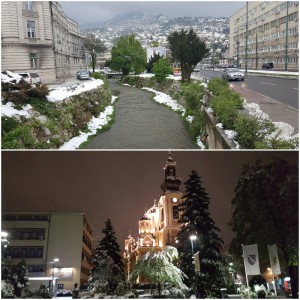 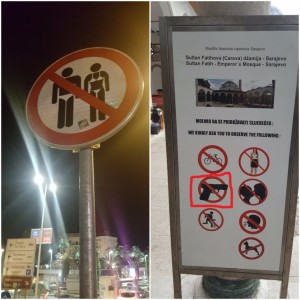 No undies, bikinis or guns please

We then moved ahead to Montenegro in an overnight bus to its dull capital, Podgorica. After spending a few hours there we rented a car with the intention to travel via the Albanian coast into Kosovo and return to the Montenegrin coast for a night’s stay in the beautiful town of Budva. The drive could not have been any better with the coast by our side, the sun out and surrounded by the unique Balkan landscape, but for, the terrible single-laned Albanian freeways, crazy drivers and potholes to complement all that. I must say there was some thrill and freedom in that crazy driving that I’ve never experienced before. We made stops all the way down the Albanian coast in small towns such as Shkoder, Shengjin and Durres. We managed to get lost in the last of these due to its confusing vastness brought about by it being an important port city and limited help from Google maps. After about an hour we realised we wouldn’t be able to make it to the disputed territory of Kosovo and hence made our way back to Montenegro. I must mention Shkoder though, which stood out due to its unbelievably beautiful landscape consisting of a fortress surrounded by large blue lakes and a glorious mosque. On our return, Budva, the small but stunning Montenegrin coastal town did not fail to impress either. A shout-out to the hostel that was located on a bit of a hill and provided, arguably, the best view of the town and coast from its terrace. 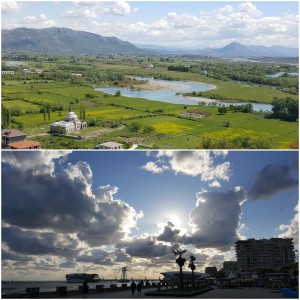 A taste of Albania: Lake Shkoder and the Durres Coast 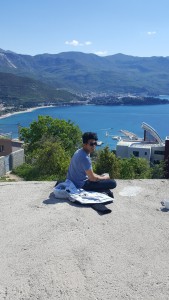 Our next destination was the Croatian coast overlooking the Adriatic sea. It is packed with natural and architectural beauty which by the way I have realised are the two dominant attractions while travelling. Croatia is definitely a haven for those two forms of beauty that requires ample amount of time for exploration. We covered a few places there, Dubrovnik, Split, Zadar, Supetar and Bol, the first of which definitely won our hearts over. An entire city declared as a UNESCO World Heritage Site which is enclosed within walls as high as 25 metres! Apart from this another major attraction was Fort Lovrijenac, the site where a significant part of the celebrated TV show Game of Thrones was shot. Known as King’s Landing in the show, the fort serves as the seat of the fictional ruling empire as well as the centre of numerous battles. The Croatian coast of course did not fail to disappoint, the coast of Split and the surrounding mini-islands appearing a clear winner. A quick ferry to one of those numerous Croatian mini-islands was a must as we visited the beautiful island of Brac which had attractions such as the Supetar and Zlatni Rat beaches. Zlatni Rat beach, besides its unique beauty, also serves as a major tourist and party attraction during summer, primarily made famous by American celebrities such as Beyonce and Jay Z. 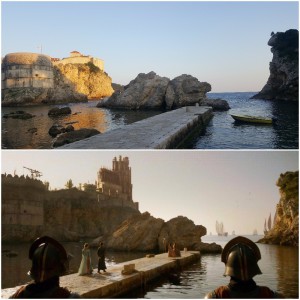 The exact location where they shot GOT along with the actual frame, they photo-shopped of course. 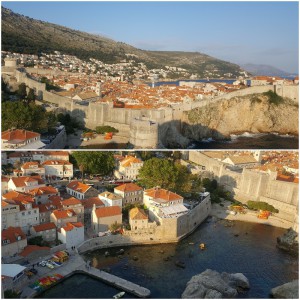 Overall the trip proved to be a considerable success owing to all the beauty in terms of nature and architecture that we came across, coupled with, the fun moments I had with my travel buddies or should I say new-found friends. On our way back to Milano, the bus came to a halt for a couple of hours as border police discovered three people on the bus, presumably from Bangladesh, that failed to produce passports. Among the three were a youth, a lady and her little son. A number of people on the bus complained due to the delay, for which I suppose the bus company should be blamed. However I felt it important to spare a thought for the three seemingly helpless people that attempted to make their way across the border for a better life. Our inconvenience was nothing compared to the inconveniences that they most probably would be undergoing on a daily basis. On returning, I realised that it was high time that I run through some lecture slides and opened up a few of my textbooks in preparation for my upcoming exams, failing which I would probably need to make a return to Europe sometime next year to complete my exams. Definitely a situation I would like to avoid, or would I really? 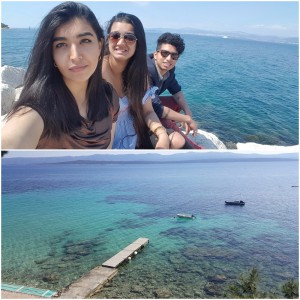