Fifth Month of Exchange: Exams, goodbyes and loads of nostalgia! – by GLObewriter Nachi

Nachi Athalye is studying on exchange at Bocconi University in Milan, Italy, for Semester 1 of 2017. As a GLObewriter he is sharing his experiences with us every month. View the full list of his posts with the globewriter-nachi tag. 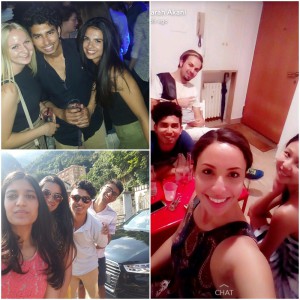 For most of the new friends I have made on exchange it is time to say goodbye. This is probably the last week of exams as well as their last week here. There is an atmosphere of mixed emotions as everyone gears up to return to their comfort zones, excited to see family and friends after their little hiatus. On the other hand they leave behind the many people that they have accumulated, a different life they have lived and experiences that are only priceless.

I went on a two day trip with three such friends, up north to explore a bit of the landscape in our state of Lombardy. The experience was simply surreal. We rented a car and drove to the town of Tartano, covering places such as Como, Maggiore and Lugano (in Switzerland), all exquisite lakes. The town of Tartano though was a different story altogether. Getting there was the creepiest of experiences as we drove the car on roads that weren’t meant for vehicles. Narrow winding dirt roads that climbed up a mountain overlooking a death valley consisting of the closest town visible in the form of a few dim lights flickering deep down in the valley. There was not a single soul in the town of Tartano and none of us had 4G access or even power in our phones for that matter. We passed the town of Tartano and reached an area that required us to drive through a forest on a pile of stones and dust in order to reach our secluded hostel, or at least we hoped we would. We knew the hostel was a bit off-the-beaten track but didn’t know exactly how much, turned out it was quite a bit. Some of us began to jokingly reminisce on how great our lives had been and how that didn’t mean we were ready to lose them at the end of this incredible exchange experience, without even being able to say goodbye to our pets back home! A bit more perseverance and we started seeing signs that pointed towards the hostel reaching the place in no time after that. All was not well though as the hostel appeared deserted with no one in sight to receive us. We walked around the four or five small flat square-shaped wooden structures that resembled huts and tried all the doors hoping one would give way and let us in. Fortunately one did and we shot out a few “hellos” to finally be received and shown to our beautiful eight bed dorm which of course was going to be all ours. We chatted into the cold night wrapping ourselves up in blankets while downing some of the alcohol and snacks celebrating our arrival in this cosy and cute little hostel. The key here was that we never stopped and turned back, never gave up but continued to move forward with an explorer’s attitude. Had we decided to turn back our car in the middle of that daunting forest or given up on trying the many doors that the seemingly locked hotel had, we would never have had the opportunity to experience the cosy beauty of the hostel or what was to follow the next morning. Well what followed can only be described pictorially but to sum it up the hostel was tucked in between mountains layered with lush green forests with a tiny river making its way through, originating from the few snow covered Italian Alps visible in the distance. It was absolutely priceless, the view. We climbed up short little mountains and made our way all the way down to the ice-cold glacial river to sip some of the authentic “natural spring water” all in the most pleasant of all weathers. My exchange buddies exclaimed how perfect an end this was to their semester long journey. They shared what they felt on these final days on exchange, namely, a whirlwind of nostalgia and priceless memories. I just knew I was going to have to say an emotional goodbye to them hoping to cross paths with them sometime again in the foreseeable future. 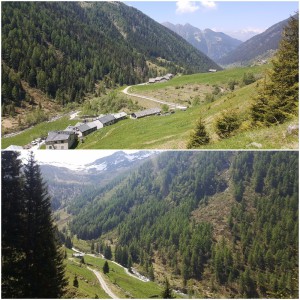 That pictorial representation I talked about showcasing the hostel and its surroundings. 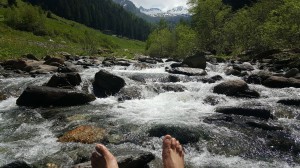 Chillin in the river in the middle of nowhere. 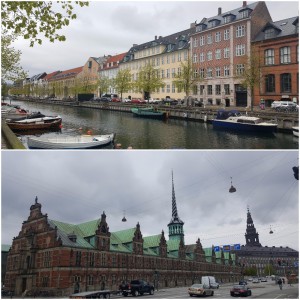 The magnificence of Copenhagen 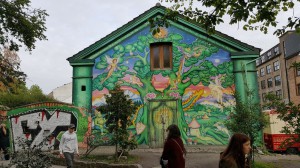 Entrance to ‘Freetown Christiania’, an autonomous region in Copenhagen that has piles of Marijuana on sale for consumers

My exchange though wasn’t yet over as I still had a few more exams to wrap up and another 45 odd days to cherish. I chose it this way since I wanted to see it all through, gathering the full extent of the experience until semester two would begin back home. I was almost exhausted of documenting my monthly foray into some more European states but my short trip described up there salvaged it majorly. Regardless, I travelled solo into another 7 nations, namely, the Scandinavian states of Denmark, Norway and Sweden followed by a quick trip through Poland before making my way up north into the Baltic States of Lithuania, Latvia and Estonia. Scandinavian cities such as Copenhagen and Oslo although quite expensive to live in, can very much inspire someone to write about how to build the perfect city for its citizens.

I would love to explore the seemingly breathtaking Norwegian countryside around the city of Bergen which I was unable to do this time around. Gothenburg and Stockholm, in Sweden, delivered some incredible architectural beauty with the latter especially more adept at that. Among the Scandinavian cities though, the Swedish ones are undoubtedly the liveliest due to their sheer scale, concentration of opportunities, budding tourism and incredible nightlife.

I then headed south to one of the most populous states of the EU, Poland, also known to be the meeting point for Eastern and Western European cultures consequently creating a rich cultural heritage. More popular around Europe is Poland’s place as an airline hub with a miserly 13 Euro flight getting me from Stockholm to the Polish capital of Warsaw. It didn’t fail to impress of course with its old town being one of the most vibrant old towns in all of Europe.

My first foray into the former Soviet Union began with my stay in the second largest Baltic city, Vilnius, the capital of Lithuania. This is where one gets to experience Eastern European culture centred on Eastern Orthodox Christianity and people that wear wedding rings on their right rather than left hands. A visit to the Vilnius Museum of Illusions is a must where David Macdonald an optical illusionist has many of his digital illusions on display along with some more exciting physical illusions inspired by his work. 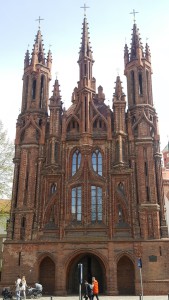 One of the 40 cathedrals in Vilnius Old Town, Eastern Orthodox in this case 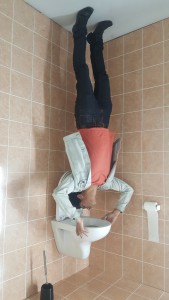 Handstand push-ups on the toilet showcasing my immense physical strength, or maybe just an illusion

Next stop was Riga, the vibrant and rich capital of Latvia, the largest city in the Baltics, gaining that stature mainly due to the influx of a substantial amount of Russian money in the form of Russian tourists and businessmen looking to exploit Latvia’s presence in the EU. I lost count of the number of cruise ships on the Daugava River hosting bright and lavish parties. The nightlife coupled with its architectural attractions definitely makes Riga a city I would like to revisit. 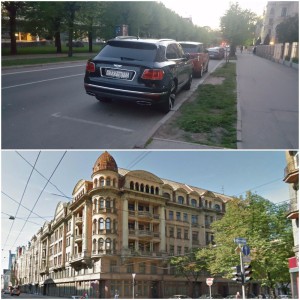 One of the many Russian plate Bentleys and the Former Building of the KGB, Riga

My last stop was Tallinn the small but cute capital of Estonia, which stood out particularly due to its very attractive city centre and old town, primarily due to some beautiful Eastern Orthodox churches. I was alone when I left on this short journey of mine but came back with so many more new people added to my story. I now plan to immerse myself in exam prep for the next couple of weeks or so before embarking on a final journey or two to some more lands that beckon me! 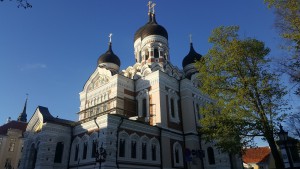