The Inevitable End: Exploring, Exams, and the End – by GLObewriter Faith

Faith Blake is studying on exchange at the University of Sheffield in the UK for Semester 1 of 2017. As a GLObewriter, Faith shares her experiences with us every month. This is her fourth entry. You can see all of Faith’s posts here.

In the blink of an eye, my five months abroad flew by and I am now approaching the final week of my exchange.  I will be leaving Sheffield from Manchester Airport on the 16th June and arriving at Adelaide Airport on the 17th; switching the sunny summer weather in England for the cold winter in Adelaide. Although this month has been filled with constant reminders of my exchange’s inevitable end (from accommodation emails about moving out to my flatmates leaving one by one), my adventures haven’t ceased. 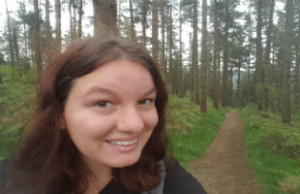 In my previous article, I expressed a need to explore Sheffield more and thus, I joined Sheffield’s Walking Club on a trip to Peak District National Park. Alas, life cannot be lived without failure and while the rest of the group charged onwards to the highest mountain in Sheffield, I huffed and puffed back down the small hill I conquered, sweaty and red-faced. My legs ached and I had a sliver of enthusiasm left in my aching joints. I was humiliated; I just couldn’t keep walking up slope after slope with my calves on fire and my lungs struggling to hold air, and I was embarrassed about holding up the group. I encouraged them to continue without me and headed back to the tourist information lodge and café. My eagerness to jump on the next available bus was foiled by the inconsistent pick up times and as it was 11am and the next bus wasn’t until 4pm, I was forced to accept that my day would be spent here. I started to panic about this – my motivation had deflated from my failed hiking attempt and there didn’t seem like much to do except more hiking. However, I soon discovered much easier trails in Peak District through the information board provided at the lodge and so, I ventured out alone. Peak District is such a beautiful place; trees with leaves bright green created a calming atmosphere and the fresh air breathed in me renewed enthusiasm. The lack of steep slopes also aided in regaining my motivation and I spent the whole day wandering around the park with a smile on my face. I even got to see Derwent Dam, which reminded me of the wall in Game of Thrones. If there is one thing you must do while on exchange in Sheffield it is visiting Peak District National Park; it is a park unlike any in Adelaide.

My final Give It A Go trip was to Alnwick. I had been looking forward to this trip since April because I would finally get to see Alnwick Castle – a filming location for the first two Harry Potter movies. The castle was magnificence and entrenched with history from Britain’s not-so-glamourous past. Unfortunately, I only enjoyed a glimpse of the Alnwick Gardens which looked fabulous with its massive water fountain.  An unexpected recommendation led to the discovery of Barter Books – the second largest second-hand bookstore in England. The bookstore was unique and magical; a train travelled along the top of the bookshelves, quotes decorated the walls and the bookshelves, and there was a welcoming atmosphere. Being a bookworm, it was a delightful treat! There was one small problem with the day – the shadow of the next day’s exam looming over me. Unfortunately, my desire to study for the exam reached its peak the night before, as is usual for most students. I would recommend not doing this, for the sake of your sanity. 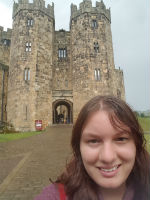 The day of the exam, the bright sun and warmth we had been experiencing of late were overtaken by grey clouds, a chill and rain. My classmates arrived at Firth Court, one of Sheffield University’s most beautiful buildings, soaked and shivering. Not the best way to start an exam. Within two hours, I had answered two essay questions to the best of my ability and upon leaving the exam hall, I had little time to comprehend whether I did poorly or not. I had a train to catch. I was going on my first trip to London, which I had left to almost the very end of my exchange (saving the best to last! Or so I thought). After the magical landscape of Iceland, the beautiful atmosphere of Paris and historical splendour of Rome, London seemed to pale in comparison.  That isn’t to say I didn’t enjoy admiring Big Ben and the London Eye, I think I was just too tired to appreciate London fully (primarily due to snoring in my hostel). I would recommend visiting London earlier in your exchange when you’re still fresh and excited about everything. That said, I did enjoy the interactive learning experience in The London Dungeon, including the dark underbelly of London history and the plague. Most of all, my visit to the Tower of London was enlightening and satisfied my love for all things history. Since I was a teenager, the history of the Tower of London and the Tudor family intrigued me, I was so glad to finally see the fear-invoking tower I had read about. 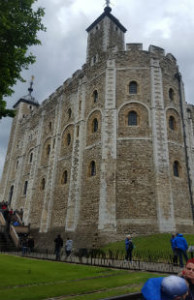 The White Tower in the Tower of London

My return from London was met with an almost empty flat – a saddening sight. I then had to face my own packing and stripping down of what was once my sanctuary in a new and confusing place. Of course, my exchange couldn’t go on forever. For those tossing up between completing a semester or a year-long exchange, I recommend a year for those who can afford it. I feel like I could have done much more and met more people if I was in Sheffield for another six months. However, I did treasure my time here and I’m struggling with my leaving, but I am sure I will see Sheffield again in the future. It is like a second home to me now.