I chose to study in the UK partly because I thought there wouldn’t be much culture shock. After all, we shared a common history, language and culture. It’s not until I arrived in Leeds, however, that I realised we are more different than originally thought. University life is completely different to back home – there is no sugar coating it. Everyone lives in dorms or apartments, no one really has part time or casual jobs, and the slang they use is crazy. A lot of this took me by surprise when I arrived. But, I found that after a few weeks things started to settle back to normal and all the idiosyncrasies that I once noticed started to blend in. 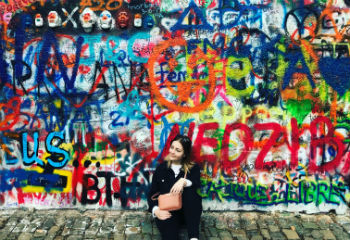 I found travelling around Europe another matter. What you immediately notice in some countries (I mainly felt this in Greece and Hungary) was that you stood out as a foreigner. In most cases people spoke English or French, otherwise there was a definite language barrier we had to overcome, which at first was confronting. Travelling made me realise that people are very kind and tolerant, and will try and help you with directions or with reading a menu if you are struggling with the language.

Tipping is another custom in Europe which is very different to back home. When paying for a meal, always leave 10% or more in tips for the waiter. Trust me on this, it’s very important! We were chased down a street in Prague because we walked out of a restaurant and forgot to tip.

Different currencies can also be confusing. Some currencies are in 1000’s and others in 100’s. The first time you withdraw money or pay for something it can be a bit of a struggle to do the conversion, but it gets easier the next time around until eventually it’s just second nature. 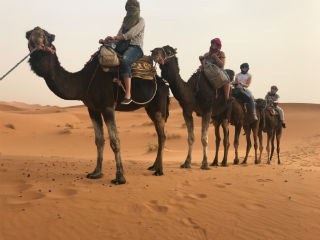 Finally, in some countries it was a requirement that women dress moderately. Before arriving in Morocco I was quite stressed about what to wear and what was appropriate etc. When I arrived though I realised it was completely fine to wear pants and a shirt, or a long dress etc. The people there were extremely friendly, which instantly helped me overcome my nerves and concerns about dress code.

Honestly, you can try and prepare for culture shock as much as possible through reading and studying the country you go to – but nothing will ever truly prepare you or help you, until you get there and experience it yourself