Rachel attended the University of British Columbia (UBC) in Semester 1, 2017 as part of her Bachelor of Arts. 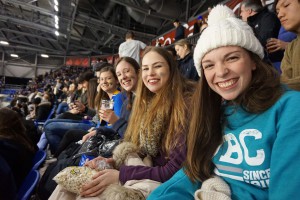 Flying across the ocean, looking at the clouds drifting below, I began to imagine what Canada would be like. I pictured ice hockey, rivers of maple syrup, snowy mountains, mild rain showers, and maybe an occasional dusting of snow. Instead, when I landed in Vancouver, dragging two overstuffed suitcases across footpaths covered in sheets of ice, I discovered a Canada I wasn’t expecting. It wasn’t the rosy beginning to my exchange that I had been told it would be and I was confused. I don’t want to discourage any of you from considering Canada as a potential exchange destination but I also want to give you the full picture of my exchange experience, the good and the bad, so that if your experience isn’t unbelievably amazing from the beginning, you will be comforted to know that it is totally normal and a part of the journey! 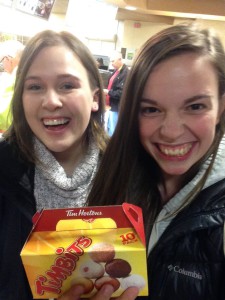 I did my exchange at the University of British Columbia in Vancouver, Canada, which is near the USA/Canadian border. Before going, I was told that Vancouver had very mild weather compared to the rest of Canada – with more rain than snow and warmer weather from about April. Wrong! This winter was unusually cold and dreary and we had an abnormal amount of snowy and rainy weather. I’m not going to lie, coming to Canada and being met with such unexpected weather conditions in a giant campus where I didn’t know anyone was tough. But as the semester continued, I made more friends and began to discover the natural beauty of Canada. Hanging out with other exchange students who were dealing with the ups and downs of transition to a new place was amazing, but so was meeting other Canadians! Involving myself in groups on campus and chatting with people in class allowed me to build connections with some amazing Canadian students who helped make Canada feel like home. 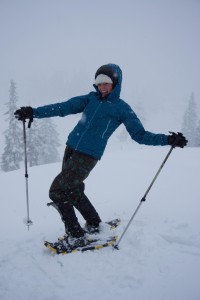 Going away on exchange was such a valuable experience for me. It allowed me to get a taste of the North American residential college lifestyle and forced me to push myself out of my comfort zone. Adjusting to living away from home in an unknown place was absolutely terrifying and there were definitely days that I questioned my decision. But once I got over the initial shock of transition and began to settle into my new ‘home’ at UBC, I didn’t want to leave. For an entire semester I was able to blend study and adventures, experiencing all Canada has to offer. From my personal experience, I would definitely recommend staying as long as possible so you can make the most of snowy/rainy Vancouver but also gorgeous/sunny Vancouver too! Go skiing, climb mountains, eat some poutine, go to an ice hockey game, explore the tourist sites and even take a trip down to the USA if you have the time! I would highly recommend Vancouver as a exchange destination. It may not have been the Canada I was expecting, but it still managed to steal my heart!