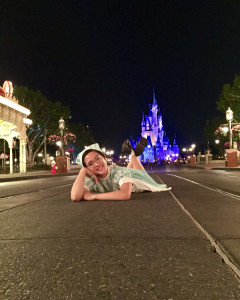 Chiqui comes from a diverse background, being born in the Philippines to Filipino parents, being raised in Japan for ten years, and then growing up in Australia for twelve years. She had previously travelled many times before she took part in the Nursing Japan study tour, travelling to Japan, Singapore, Hong Kong, New Zealand, Hawaii, and the Philippines.
The Nursing Japan study tour took place in Hyogo, Japan, during the University of Adelaide’s summer school in 2016. Chiqui was driven to apply for this program as she wanted to visit Japan again after growing up there. She was also interested in seeing what Japanese healthcare was like.
One of the highlights of the study tour for Chiqui was the opportunity to stay with a host family. She was allocated a kind and caring family who took her on a road trip to visit a town famous for hot springs, as well as to a strawberry picking farm, and many other locations. Another highlight of Chiqui’s program was visiting Universal Studios in Osaka and Tokyo Disneyland. She was also able to shadow a nurse in a Japanese hospital in
three different wards of her choice, which gave her the opportunity to hold a
newborn baby while in the maternity ward of the hospital. 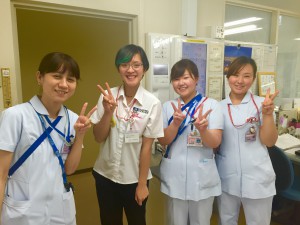 While on the study tour, Chiqui realised that she had room to improve on her conversational Japanese skills, particularly when speaking the language in a professional environment. She was able to practice translating, and also to practice her leadership skills, as she was nominated as the team leader for the duration of the study tour. Chiqui also tells us that her study tour also strengthened her love for Japan and her desire to travel, not only to other parts of Japan, but all over the world. 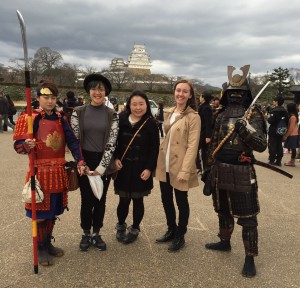 After completing the study tour, Chiqui realised that she wanted to pursue a career more internationally focused, and completed an internship with the Walt Disney Company as part of their Australia and New Zealand Cultural Exchange Program. This allowed her to work with a team of different nationalities, and also gave her the opportunity to promote her bilingual skills in Japanese and English, as well as demonstrate her leadership abilities that she gained from being the leader of her study tour. During this internship, Chiqui was a Food and Beverage Hostess around three different locations at Walt Disney World. Interns are usually placed in one or two locations – Chiqui was lucky to be able to work in three. Her locations were: 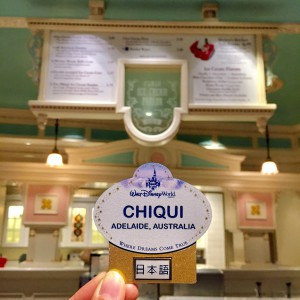 Chiqui has always wanted to work at Disney, and found that the internship was the perfect opportunity for her. After her study tour, she realised she had a passion for travel and considered alternative career choices that would still allow her to communicate with and care for people of different backgrounds. Since graduating from the University of Adelaide, she is now pursuing a career as a flight attendant, pushing herself to step out of her comfort zone.
In the next six months, Chiqui hopes to land a cabin crew position with one of the most world-renowned airlines. She would like to return to Japan again and visit relatives, as well as her host family and friends she made on her study tour. She would also like to travel to Europe, as it is one location she hasn’t yet explored.

Chiqui believes that every experience you undertake in life shapes you as a person. While she hasn’t continued to pursue her career in nursing, Chiqui’s study tour made her realise that she wanted a future in the international field where she could interact with different cultures and put her language skills to good use. She believes that the study tour helped her to get to where she is now and that it was not only an academic learning experience, but a lesson in life as well.