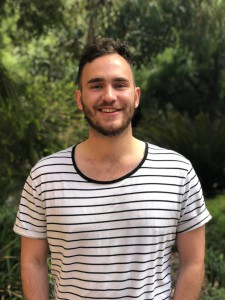 Jonty Dear has completed two programs with us, and is about to start his third. In Semester 2, 2015, Jonty studied at McGill University in Canada. In Winter School of 2016, he took part in the Cambodia Humanitarian Design Summit run by Engineers Without Borders, and for the duration of Semester 2, 2018, he will be undertaking an internship with Jeumont Electric in France.

Jonty is currently studying a Bachelor of Mechatronic Engineering with a Bachelor of Mathematical and Computer Sciences, specialising in Applied Mathematics. For his Honours project, he’s researching conditional monitoring, which is examining electric motors and analysing the signals that they put out to determine when they are going to become faulty. Jonty will be completing his Honours project while undertaking the Jeumont Electric internship in France. 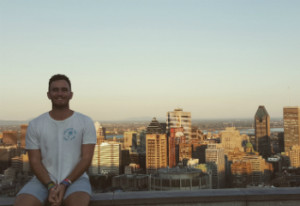 When we asked Jonty what drove him to apply for his overseas programs, he recalled his first application experience for his exchange to McGill University in 2015. He was watching the 2014 Olympic Games in Sochi, Russia, and was awestruck by the large amount of snow surrounding the athletes, which made him want to experience it himself. The next logical step for him to take was to apply for an exchange, particularly to Canada, which is famous for its snow.

Regarding his internship, Jonty told us that he had been working towards starting his career overseas since he returned from his exchange. He found that he had plenty of support from his professors regarding studying overseas. While it took him two minutes to complete the application, he knew if he got the internship place that his life would be changed for the six month duration of the internship. 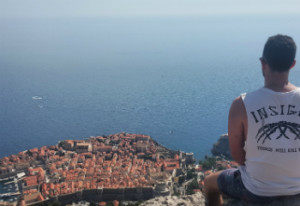 Having previously travelled with his family to Bali and Europe, Jonty already felt like he could manage himself overseas. However, he wanted to step out of his comfort zone, and prepared for his exchange by backpacking around Europe by himself for two months prior to his exchange. He told us that this put him in the mentality of making friends before he started his semester at McGill University – he felt that he could walk into a room and start a conversation with anyone after his backpacking adventure.

One of the highlight’s of his time at McGill was the orientation week, where the entire first year student body is split into their faculties to take part in activities run by the whole university. Jonty told us it was incredible to see an orientation with such a high level of student involvement and enthusiasm.

While on his exchange, Jonty learnt that he became more open, friendly, and willing to meet other people. He also took more opportunities as they came to him, and has found that he doesn’t ‘play it safe’ with social activities anymore – he steps out of his comfort zone consistently and gets involved with activities that he previously would have avoided before his overseas programs. As Jonty told us, “You really have no reason to say no”.

Regarding his internship with Jeumont Electric, Jonty believes that his previous exchange experience gave him an advantage over other applicants. He already had the international experience, and was not daunted by the requirement of having to live overseas for six months. Additionally, when he returned from his exchange, Jonty joined the Exchange Student Network (ESN), and was President to a Network of over 300 students for a while. He acknowledges that this would not have been possible without his positive attitude towards his exchange. His involvement with the ESN has consistently given him an advantage in student involvement requirements for internship and job applications. 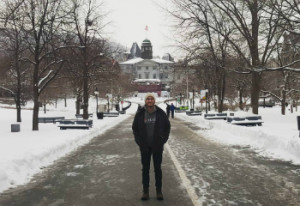 Every time Jonty has had an interview for an internship, a job opportunity, or volunteer work, his overseas experience has always been a strong talking point. When we asked Jonty about this, he told us that he believes it’s more common for students to have undertaken an overseas experience in the past few years than ever before, and it’s important to use your overseas study experience to your advantage when you’re a potential candidate for a job position. When he’s in these situations himself, Jonty focuses mostly on how he has become more adaptable in certain situations. When starting at a new company, Jonty says you should show that you can find a way to fit in and be confident in asking questions. In his interviews, Jonty explains that he’s already done this several time, and that he’s used to being in situations where he doesn’t know anyone, or where he feels like his surroundings aren’t familiar. Talking about these challenges has given him an advantage in applying for internships and paid positions for various companies. 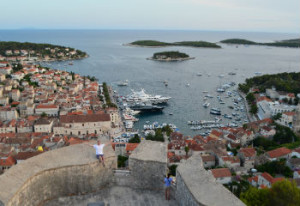 We asked Jonty, as a former ESN president, if he had seen a difference in students who have been overseas than to students who haven’t. While selling tickets for an ESN event, a student approached the table, saying he had just returned from an exchange to Singapore. Jonty found the student to appear quiet, however once he started talking to him he was amazed to hear of the stories the student had from exchange. It turned out, the student he was speaking to was one of our past feature students, Alex Adamson, who travelled from Singapore to Norway overland (you can read about Alex’s story here). Jonty was so happy to hear that students who may look quiet may have experienced some of the most incredible things because of an overseas study experience. Jonty believes that frequently talking about your overseas experiences sets your personality apart from others, and shows that you have interesting stories that can make you a better person than who you were before you took part in overseas study. 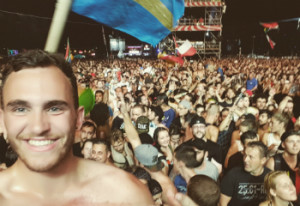 At this stage, Jonty is hoping to undertake a PhD and further his knowledge while overseas. He hopes to specialise in an area that will give him an advantage and make him irreplaceable in the field. He is excited that his internship with Jeumont Electric will give him the independent research skills he needs to undertake a PhD overseas. In the next six months, Jonty hopes to study harder, save money for his internship, and most of all, have an enjoyable six months in France where he can leave a good impression of University of Adelaide students.

As a final question, we asked Jonty if he had any bucket list destinations, to which he answered that he wants to see everything. But specifically, he wants to see the Northern Lights, backpack around South America, and revisit South East Asia.