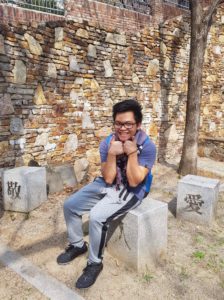 Paolo Maroma is currently in his third and final year of a Bachelor of Biomedical Science, majoring in Immunology and Biochemistry. Paolo took part in the Seoul Changing Biotechnology study tour in Mid-Semester Break of Semester 1, 2018. He is now working as a laboratory technician for agricultural company Viterra.

Paolo was born in the Philippines and moved to Australia when he was three years old. He has frequently visited his home country as well as a few others, but never independently. 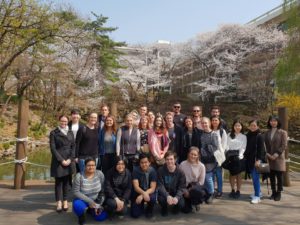 Paolo was driven to apply for his study tour by the unique experience he imagined gaining. He was also interested in learning more about Korean culture and what his international postgraduate study options were. He was always interested in the idea of studying overseas, but never knew how to pursue it. When a professor mentioned it in a lecture, Paolo decided to enquire further and apply for the study tour.

After his study tour, Paolo realised that he had achieved a new level of independence through booking his own flights, navigating airports, and making his way to hotels. What was once daunting is now a breeze, sparking a love of travel for Paolo. 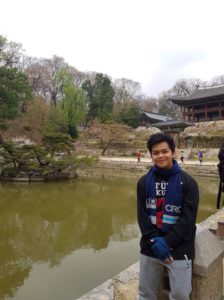 From his study tour, Paolo most enjoyed visiting Changdeokgung Palace secret gardens and the central area of Myeong-dong, where the accommodation for his study tour was. He loved the food, bright lights, and lively atmosphere, as the district served as a gateway to other attractions around Seoul. Paolo also particularly enjoyed site visits to well established universities and laboratories. He liked seeing what researching is like, as he wishes to pursue it further after he finishes his bachelor’s degree. Having seen and worked in laboratories in Australia, Paolo found it a great experience to see not only the similarities, but the slight differences between labs in both countries. Paolo was also happy to become friends with others in his degree who he had often seen around campus, but never gotten to know or speak to until they took part in the study tour together.

While studying in Seoul, Paolo learnt a few Korean phrases and immediately fell in love with the language. He could already speak one of the many dialects in the Philippines, but he would love to learn more Korean. In fact, it’s one of his goals before his visits Seoul
again in the future, so he doesn’t need to rely on Google translate like he did on his study tour. 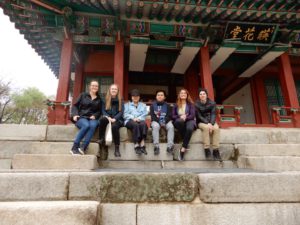 Paolo was encouraged to take up the opportunities presented to him throughout the study tour. At networking nights, Paolo was able to meet with University of Adelaide Alumni who were working in Seoul, as well as alumni from other Australian universities. During one of these networking nights, Paolo learnt what he feels is everything he needs to know about transitioning from working in Australia to working in Seoul. He now has contact details from several alumni that he can get in touch with if he does end up pursuing either further study or work in Korea. 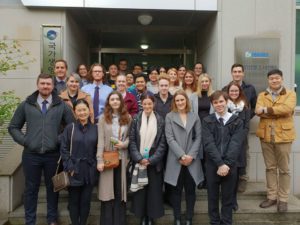 After his study tour, Paolo has found that the overseas study experience has given him an advantage in finding other opportunities. In fact, a few weeks after the conclusion of the study tour, Paolo landed a job interview at a medical diagnostics company in Adelaide. He tells us “I have learnt so much about finding a job, editing my resume, cover letter advice, how to answer almost any question in any interview, and so much more while we had a careers workshop on the first day of the tour!” This careers workshop was tailored specifically for science students taking part in the study tour. 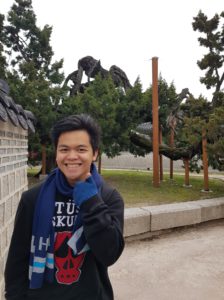 Paolo says “Without the overseas study experience, I would never have been introduced to all of the lovely and amazing people I know now, and I love them all for making the study trip a bright, bubbly, and fun new adventure.” Paolo hopes to finish his degree and try to visit Seoul again before applying for his Honours. He would like to stay a lab technician, but also loves the idea of becoming a researcher and someday a lecturer to pass on his knowledge to others.

In the next six months, Paolo hopes to finish his degree, complete another harvest season in his lab with Viterra, and apply for Honours. He would like to visit Japan next, having already visited Malaysia and Korea. Since returning, Paolo has used his newfound skills to completely re-write his resume, alter three cover letters for future positions opening in Australia, and mention his overseas experience in a job interview.

Paolo says, “It definitely is a life changing journey, and now I’m a more confident person with a different outlook on life, in terms of giving everything a try not being so hesitant! To quote Woojin, one of the alumni, “If you don’t do it, someone else will” – I’m so glad I applied to go on this trip!”