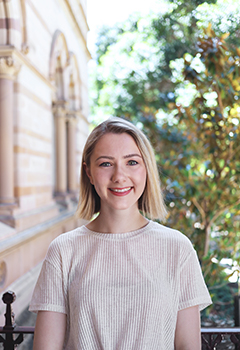 Sophie Eather is currently preparing to go on exchange to Fudan University, Shanghai, China, in Semester 1 2019. Sophie is currently studying a Bachelor of Commerce majoring in International Business, and a Diploma of Languages majoring in Mandarin Chinese. As the recipient of a 2019 New Colombo Plan Scholarship, Sophie has been funded for her exchange and an additional internship in China.

We sat down with Sophie after she returned from a Canberra workshop ahead of the 2019 New Colombo Plan Scholarship recipients being announced.

Having already undertaken a short program to China (Month-long in Shandong study tour, Summer School 2017), Sophie is confident in her ability to immerse herself into the Chinese language while on exchange, and will be studying full-time advanced level Chinese language courses while at Fudan University. 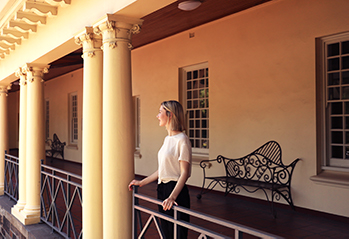 “I’ve been learning Mandarin for three years, and I feel like I’ve got the vocabulary, it’s just actively having the opportunity to speak out loud. That’s why I’m going to China – to be able to say that I’m fluent.”

Sophie will be studying at Fudan University in Shanghai, and is excited to see more of the city while on exchange:

“I went on a study tour through the Confucius Institute to Shandong University in Jinan, and only spent two nights in Shanghai, so I’ve really only had a brief glimpse of the city. The study tour was so intensive that it really helped advance my Chinese a lot.” 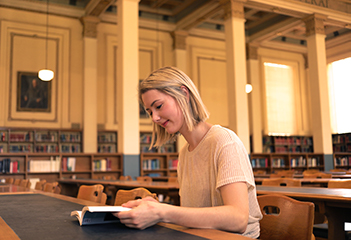 “Exchange is really a no brainer! My career goal is business, wine, and Chinese language. I grew up in the Barossa Valley and I work at Penfolds. My goal is to sell Australian wine and promote it in China, so exchange was always on the cards, with or without the scholarship. I always wanted to go on exchange to improve my Chinese and get it to that level to be able to sell wine in China.”

“It’s reflected in the news around us that China is the biggest trade partner of Australia. There’s so much excitement and so much going on with Australia-China relations. I personally think there’s no reason not to study in China for an exchange.” 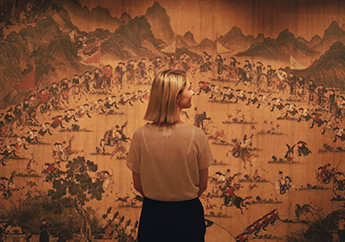 “I worked at a restaurant in my gap year called Vintners, owned by Yalumba. There were a lot of Chinese tourists that would come through and try wine. I think that the early immersion (I hadn’t studied Chinese at that point), and noticing the sheer influx of Chinese tourists in South Australia and the Barossa was a starting point. It just made sense to me to combine my passion for wine with Commerce. And I had studied Japanese but really wanted to diversify and take up Chinese as it’s so relevant to today’s economy. And I continued because I was good at it! I’m not very good at Science and Mathematics, but I’m good at Languages. Sticking to what I’m good at and my passion planted the seed and it just grew from there.”

Elaborating more on her work experience at Penfolds, Sophie continues: 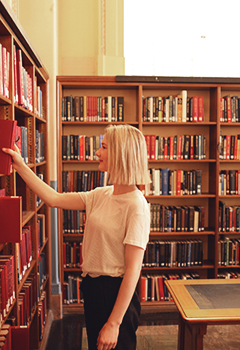 “I had applied again and again and after a few months of waiting it came out of nowhere. They called me and said, ‘Sophie, we heard you speak a bit of Chinese, we’d love you to come on board’, so clearly I had a few distinguishing factors – I’m from the Barossa, I like wine, and I speak Chinese.”

“At Penfolds, I work in Magill Estate kitchen, which is located next to the cellar door. We host VIP functions and events which is my favourite part; we’ve hosted Peter Gago (head winemaker at Penfolds), Scott Morrison, the Premier, and Rolex. I love showcasing and promoting the Penfolds brand, and I also get the opportunity to use my Chinese there because there are so many Chinese tourists interested in wine.”

When applying for exchange, students pick three preferences and are then allocated one of those preferences based on a variety of factors such as GPA, written application, and course suitability. Sophie was allocated her first preference – Fudan University in Shanghai. 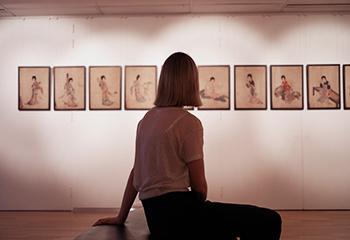 “The Chinese language courses there are so flexible. Other universities offered English courses in business and just had Chinese as a side course, whereas I really wanted that immersion at an advanced level. Fudan was the perfect choice for me.”

When describing the moment she found out she’d been selected for the NCP Scholarship, Sophie told us “the interview went really well. It was late October and I was in the middle of class. I refreshed my laptop and saw the NCP email saying that I got the scholarship and I just ran out of the classroom. I was straight on the phone to my sisters and my parents. It caught me completely off guard.” 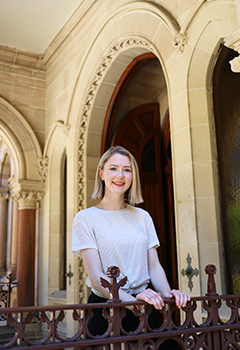 Reflecting on how the New Colombo Plan Scholarship will benefit her future career, Sophie mentions her internship in Shanghai, which she’s been able to secure thanks to the scholarship.

“I’ve previously done an internship at Wine Australia, and I recently contacted them again. They have an office in Shanghai. The partnerships that the companies have with the New Colombo Plan is great. It was amazing being in Canberra and meeting the other scholars. Just the networking opportunities alone are amazing. My LinkedIn has gone crazy! The opportunity and the prestige associated with the scholarship are worth so much more than the money. The New Colombo Plan have been very supportive of everything I want to do.”

In ten years, Sophie hopes to be “working in China, at Treasury Wine Estates or Wine Australia, promoting and selling Australian wine in China. I really enjoy event management, and I think my experience at Penfolds has reinforced a lot of event management. I can imagine myself organising a little wine tasting experience for Chinese visitors and selling and promoting wine that way.”

Words and images by Chelsea Allen and Gabriello White

This entry was posted in Student Blogs. Bookmark the permalink.