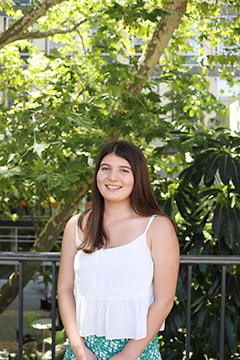 Maria Positano is currently preparing to go on exchange to Shanghai Jiao Tong University, China, in Semester 1 2019. Maria is currently studying a Bachelor of Laws and Bachelor of Media. As the recipient of a 2019 New Colombo Plan Scholarship and a PricewaterhouseCoopers 2019 fellow, Maria has been funded for her exchange and an additional six month internship at PricewaterhouseCoopers’ Shanghai office.

We interviewed Maria before her departure to Shanghai in mid-February. Having previously completed an exchange with us to Bocconi University, Italy, in 2017, Maria said:

“It made me appreciate what it’s like to study overseas so it’s something that I really wanted to do again. Because I had studied overseas before, I felt very confident in applying to go on exchange for a year this time.” 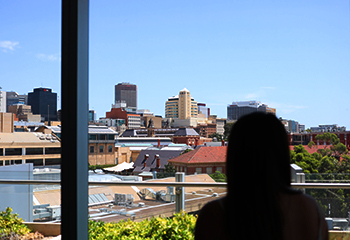 Speaking about her decision to go on exchange for a second time, Maria spoke about her interest in foreign trade and the relevance of China in this field.

“I’ve always been interested in China, and after studying trade electives in the EU on my exchange to Italy, I became really interested in foreign trade. I think one of the main reasons I wanted to go on exchange there is that Australian law firms are merging with Chinese partners. In Australia’s foreign policy white paper, China is a large feature for the next ten years, so I think that the exchange will help me professionally.” 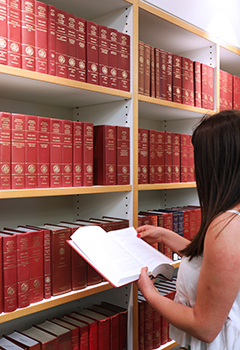 At Shanghai Jiao Tong University, one of the highest ranked universities in the country, Maria will be studying subjects focused on China such as foreign trade law, competition law, and potentially a culture or language course:

“The university also has a large ACYA (Australia China Youth Association), so I’d really like to get involved in that in the hopes to better my language skills and my understanding of the country.”

Maria encourages those interested in pursuing a legal career to consider China for exchange.

“Having Asian literacy is so important. The best way to do this is to immerse yourself in the Chinese culture, which is very different from our own. It’s impressive if you say you did a year in Japan or China – it demonstrates resilience and adaptability.”

Maria detailed the additional benefits available to her as a New Colombo Plan Scholarship recipient. 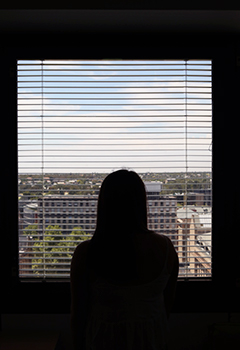 “You receive support in applying for internships and external language training as well, and I really wanted to learn Chinese. I am interested in working in China and learning the language moreso than undertaking the exchange – but obviously the exchange is a great perk as well.”

Speaking of the New Colombo Plan Scholarship, Maria was at home when she got the email notification telling her she had been accepted. “The first word was ‘Congratulations’, and I know from experience if the first word isn’t congratulations it probably isn’t a good sign. So when I saw it I was over the moon! I think that night I actually went to a dumpling market to celebrate going to China!”

In addition to the New Colombo Plan Scholarship, Maria is also a PricewaterhouseCoopers fellow:

“They’ve offered me an internship in their Shanghai office. I’ll get to work on projects related to foreign trade law so I’m really excited for that. To get this practical training in country will be very beneficial.” 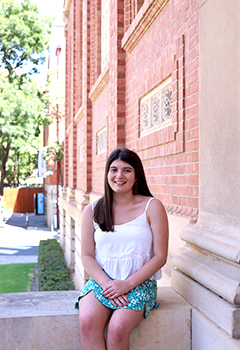 After her time in Shanghai, Maria will come back to Adelaide to finish her final year of Law. When she arrives home, she wants to help other students apply for the New Colombo Plan Scholarship.

“I feel like trying to find people who have been to China before is hard – very few people that I have spoken to have been to China on exchange, so I had to go through a friend of a friend. It would be great to be a point of reference for future students.”

In the future, Maria would like a position in law, trade, or policy that allows her to be based in Australia but have opportunities to travel between the Indo-Pacific and Australia.

She is looking forward to making further connections while at Shanghai Jiao Tong University and leaves for her exchange in February. You can follow her experience on our Instagram at @uaoverseas, or her own Instagram, @mariapositano.