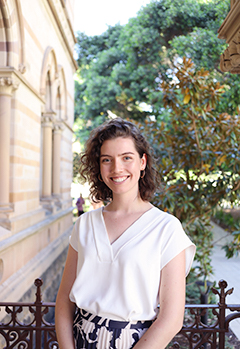 Talking of her first time studying overseas in 2015, Ellen said:

“We spent a couple of days in Shanghai and I absolutely loved it. I thought it was such an exciting city, so I put on my exchange application to go there. I got there at the end of summer and it was beautiful. I was on the smaller campus which was in the city, but it was still quite big. I lived in student accommodation which was great, and I made a bunch of friends, from Australia and all over the world. I was doing full time Chinese classes. I would roll out of bed and go to class in another building for about three hours a day. I did study, language practice, and hung out with my friends for the rest of the time. It was a really good opportunity to spend all of my time studying Chinese. But also, it was my first time living in an Asian country. I spent six months there and felt like I really got to know the city. One of my favourite things to do is to share my knowledge and insider tips, like where to go and explore in the city. I had so much fun exploring Shanghai and really got to know it. I had a few visitors come while I was there and I was able to give them some recommendations and show them around, so that was really rewarding for me.” 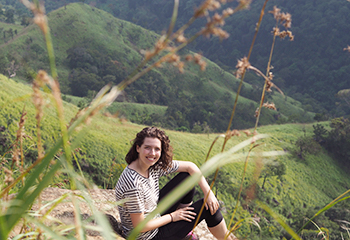 Having a keen interest in human rights, transitional justice, and gender equality helped Ellen in both her overseas study experiences and her overseas internships. While undertaking her internship in Sri Lanka, Ellen worked with the Centre for Policy Alternatives, who specialise in human rights litigation, research, advocacy, and engagement with international bodies such as the United Nations and international law institutions.

“It’s a really interesting place to learn about this kind of stuff, because they [Sri Lanka] had a civil war for almost thirty years and they’re still dealing with the challenges that come from that, as well as challenges from colonialism and a lot of political shifts and changes. So being in the middle of that was really interesting. I worked on a number of projects – I assisted with stuff like human rights litigation in the Supreme Court, and prepared documents for international human rights engagement. My main topic was a research paper on gender equality and transitional justice: how to serve women the best in social and economic equality following a civil war that primarily effected men, but also had other effects on the social and economic environment.” 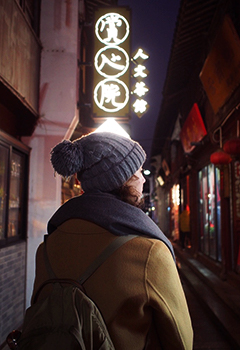 Speaking of her New Colombo Plan Scholarship, Ellen detailed how she had slightly deviated from her original plans:

I had a lot of issues with my visa and my university went on strike for five weeks and I was kind of left like ‘what am I going to do now?’ I had to keep doing something so I decided to do some language classes. I learnt Sinhala and Tamil, and I’m really glad I did. Where I lived everybody spoke English, so I didn’t have to worry too much, but I find that especially when at a foreign university, if you can show people that you’ve made an effort to learn even the smallest amount of their language, it shows so much more that you have a willingness to connect with them and their culture. Even if you can’t speak it properly, it’s such a good tool for cross-cultural connections.

But dealing with that challenge [of the university being on strike] meant that when the clouds kind of cleared it was such a valuable and rewarding experience, it made the fun parts more valuable. Because when I got through the challenges, I grew from them.” 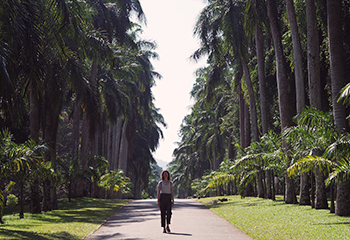 Ellen detailed her time at the University of Colombo:

“I did Sri Lankan literature, which was amazing. I really got an insight into what university is like for local Sri Lankan students. All of my classes were in English but it was still a very local experience. My other course was in theatre and application, so I got to learn about social justice through creative projects. I was just so lucky to be able to enjoy those classes over there.

In Colombo, I was the only foreign student in my Faculty. There was no set up for foreign students to live on campus so I lived in a shared apartment with a few people from different backgrounds. It was great to live with young professionals from all over the world but also have the other aspect of studying with local students. I could really see the similarities and differences.” 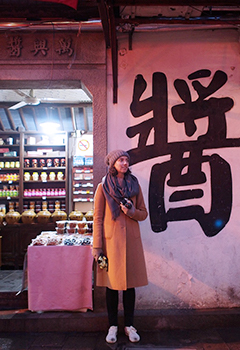 We asked what motivated Ellen to originally pursue an overseas study experience:

“I studied Chinese through high school, so the first time I went to China in high school was when I realised how awesome it was to learn a language – it was when I realised you can go to a new place and feel like you’re capable of thriving and engaging with something completely foreign. I think that opened my eyes to all the other things, like food and culture. Something I always come back to when talking about my experiences is how dynamic it is. There’s always something going on in Asia.

I applied for NCP when I was just about to leave for exchange to Shanghai. I thought the NCP program was such a good opportunity – when I first applied for it I didn’t even care where I was going, I just wanted to pursue all of the potential that the program has. I thought that I would expand my horizons a bit more and pick somewhere that gave me the opportunity of giving myself the narrative of looking for new opportunities and broadening my horizons and not boxing myself in to just one country. Sri Lanka appealed because of how beautiful it is, and then once I did all of my research I realised that the political and legal environment, and the opportunity to do transitional justice there was really interesting. They speak a lot of English, and there were a lot of opportunities for me there because of that.” 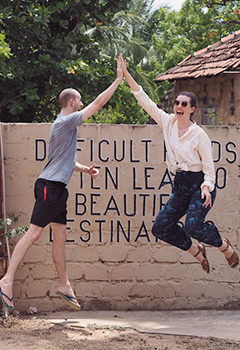 Ellen has sought out international experiences as much as possible while in Australia as well:
“I am involved in the Australia China Youth Association, it’s such a good platform for Australian students and Chinese students to connect. I also love being creative, I paint when I can, and cook and bake. I also love food and staying active, like riding my bike, playing basketball, and trying yoga, which I started in Sri Lanka.”

Having recently been employed, Ellen explained to us how her international experiences helped her in her applications:
“Being able to demonstrate that I show initiative and pursue opportunities, and have adaptability, I think that helped. It’s actually validating for me and shows me that if I work hard I can get where I want to be. You don’t have to tick every Law box and go by the book, and you don’t have to be a particular type of candidate to succeed.”

In the next ten years, Ellen hopes to see what opportunities come up for her. Broadly, she would like to work in a field where she is connected to Australia but also connecting internationally. She would like to be in a job that aligns with her values and is challenging, but fulfilling.

Ellen gives the following words of wisdom to other students considering studying overseas to China or Sri Lanka:
“There are opportunities for funding that can facilitate experiences that you just might not have been able to afford or even consider otherwise. The cost of living in Asia is also lower which makes it more accessible. Additionally, the draw of Europe and America for exchange is so engrained in our idea of studying overseas, but I don’t feel like I’ve missed out on any of those typical exchange experiences by not going to those places. I still got to travel, party, and meet amazing people from all over the world. Shanghai, Hong Kong, Singapore… moving anywhere is going to be challenging, but you can go to these places without knowing another language. Asian experience is so relevant to employers as well, I think there is so much support from them because they know that those experiences can really take you places.”