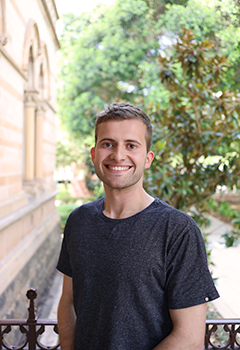 Dechlan Victory is currently studying a Bachelor of Engineering (Mechanical and Sustainable Energy) with a Diploma of Languages (German). In Summer School, 2017, Dechlan took part in the German in Germany summer school program, followed shortly by a full year exchange at the Technical University of Munich. He is currently in the process of applying for a winter school program with Project Everest in Timor-Leste.

Dechlan recently completed an internship with Schneider Electric, a multinational company that manufactures products for power management. We asked Dechlan how he came to be involved in manufacturing.

“[In Mechanical and Sustainable Energy] There’s sustainable building design, which is working on HVAC (heating ventilation and cooling), energy efficiency in buildings, and renewable energy. I was keen on those, but I was happy to try new things. I ended up at the Schneider Electric factory out at Gepps Cross, working with process engineers. I really love it, I didn’t know much about it before, but manufacturing has always been there and will always be there.” 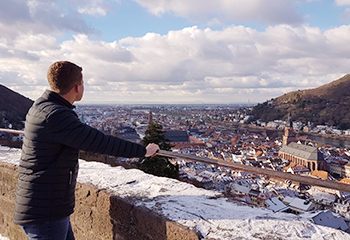 “I started with the language course and then spent the rest of my time on exchange in Munich. It all came together. I wanted to do an exchange anywhere in general, it could have been an English speaking country, and back then I didn’t speak a second language. I met a lot of exchange students in my first year here at Adelaide, and they could all speak a second language, sometimes even a third. I felt a bit inadequate. The email from the Faculty of Arts came around at the beginning of 2016, saying ‘why not learn a language?’ and I just put the two ideas together and thought ‘why not learn a language and do an exchange?’ 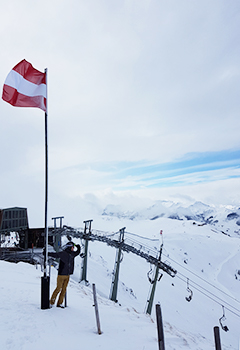 “I pushed myself really hard. Everyone goes on exchange and thinks they’ll try and meet local people and speak the language. But it’s a bit harder than that. I pushed myself to meet German people and practice the language so that I could take my exams later. I ended up going out and making friends with a few Germans. For some of them, their English was better than my German and they wanted to practice their English. So we would be talking in German, but as soon as I made a mistake they would swap back to English. Towards the end, as my German got better, I found myself in situations where it was reversed, and my German was better than their English.”

“I definitely felt like I was throwing myself in the deep end. I was always on edge and worried that I’d bitten off more than I could chew. Not only was I doing my engineering subjects over there, which are hard enough as they are, but I was doing them in a different language. On top of that, as with all first semesters, I was probably enjoying myself a bit more than I should have, and it all caught up with me. I was freaking out, but as all stories go, I got my study into gear, got my act together, focused on my German, and pulled it all together. My exams came, and it was super intense. But it was the challenge that I had set myself out to do. I was expecting to be in that situation and I knew it would be hard.” 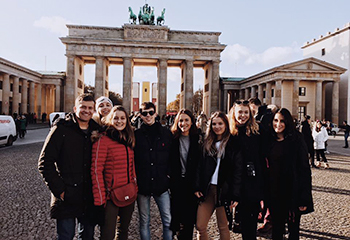 “I finished my exams, had a four week break, and went hitch hiking with a friend. It was at Oktoberfest in September when I got the email with my grades. I checked them and saw that I had passed everything. A full year and a half since I made the decision to take my exams in German – I’d ticked all the boxes I wanted to tick, and I had passed. I felt on top of the world, like I could do anything. It was the first time I’d ever had a long term plan, and I had done it. I felt so prepared and confident for the next semester.”

“I felt that I had proven myself. Growing up in Adelaide and living at home the whole time, I had just been going from uni to home and back again. I always wondered if I was capable of doing it by myself. I proved to myself that I could, and when I moved back to Australia after my exchange, I felt more independent even though I was still living with my parents. Once I finish studying, I know I won’t have any hesitation in moving out because I know I can do it.” 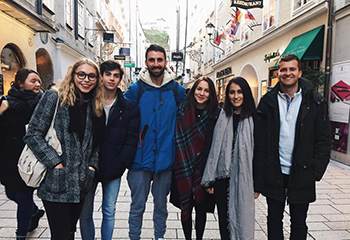 On his internship and subsequent employment at Schneider Electric, Dechlan said:

“I remember sitting in my interview and they said to me that they were amazed at how my resume showed I could throw myself out of my comfort zone. I had on there that I had lived in Germany and studied there for sixteen months. It showed that I was able to adapt quickly.”
“It was my own decision to challenge myself in that way. It shows that you have the ability to figure things out on your own – you’re independent. Also having the international experience, especially in big companies, diversity and multiculturalism is very important.” 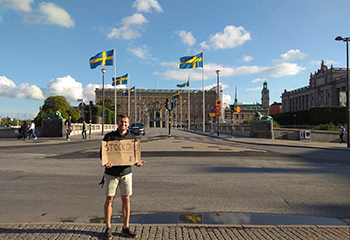 Dechlan would recommend an overseas study experience to any student:

“Everyone’s experience is different. For people who aren’t sure, you have to do it! It’s worth it. There’s a lot of apprehension in leaving your friends and family behind, and having no money, but you’re not the only one who feels like that. Once you get to the country and go to an exchange event you realise every single person there is the same as you. They’ve left their friends and family, and you’re all in the same boat. Because of that, people are so much more open to meeting each other and making friends. It’s so much easier. My main tip is to not second-guess yourself.” 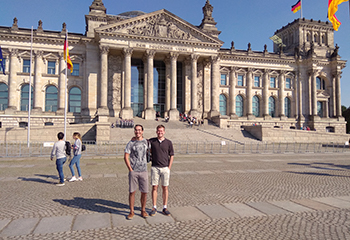 Within the next six months, Dechlan hopes to finish his degree and graduate.

“I want to go back to Germany and improve my German more. There’s a level of fluency that I didn’t get to. When you spend an extended period of time in another language, you start to be able to think in that language. When I go back, I want to work in a German-speaking position and go that final step. I want to minimise the amount of English that I use over there and kind of finish things off with my German.”

“Once I’m done with German I also want to try and learn another language. I’m thinking maybe French or Italian. I had a lot of Italian friends on my exchange and they taught me a little bit, and I think I could do it. France is also a bit industrial country like Germany, so if I could spend some time there learning French that would work well with engineering. Schneider Electric also has factories in Vietnam and China that I would really like to see.”

This entry was posted in Student Blogs. Bookmark the permalink.