The age of mega-regional trade deals: What is in for outsiders?

The second lecture in the Globalisation Public Lecture Series, jointly hosted with the EU Centre for Global Affairs, is The age of mega-regional trade deals: What’s in it for outsiders? by Dr Gabriel Felbermayr from the Ifo Institute for Economic Research in Munich, Germany.

Around the world, countries are in the process of negotiating or ratifying new types of regional trade agreements (RTAs); mega-deals that are supposed to be broader and to cut deeper than what has been concluded so far. These deals have in common that they still include only relatively small groups of countries. Their focus lies on non-tariff trade barriers and rules rather than on conventional trade policy such as tariffs or quotas. Two such RTAs are the TransPacific Partnership (TPP), in which Australia is an insider, and the Transatlantic Trade and Investment Partnership (TTIP) currently being negotiated between the EU and the USA. The lecture will deal with questions such as: Who benefits from mega-regionals? Do they contribute towards better global rules or do they trample legitimate rights of small poor countries? Are they compatible with democracy? 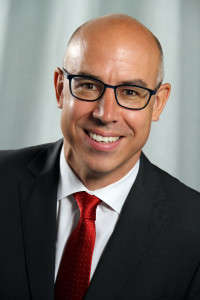 Gabriel Felbermayr is Director of the Ifo Center for International Economics at the Ifo Institute for Economic Research in Munich, Germany and Professor of Economics at the University of Munich. He is associate editor of the European Economic Review and a board member of the European Trade Study Group. He has published in journals such as the Review of Economics and Statistics, the International Economic Review, the Journal of International Economics, and the American Economic Journal. Dr. Felbermayr received the Reinhard Selten Prize from the German Economic Association (2007), and the Outstanding Publication Award of the Journal of Environmental Economics and Management (2013). His recent research deals with the economic effects of modern trade agreements, the ex post assessment of climate policies in open economies, and the role of international trade for inequality dynamics. On these topics, he has advised the German and Austrian governments, the European Commission, the German and the European Parliaments, the World Bank and the IMF. Dr. Felbermayr has an Economics and an International Business degree from Johannes Kepler University in Linz, Austria. He holds a PhD in Economics from the European University Institute in Florence, Italy. Prior to his present positions in Munich, he was a full Professor of Economics at the University of Stuttgart-Hohenheim (2008-2011), Assistant Professor at the Universities of Tübingen (2005-2008) and Zürich (2006), and Associate Consultant for McKinsey & Co (2004-2005).