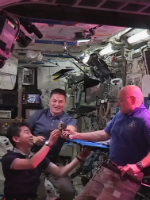 The Wine Centre for Innovative Wine Production has embraced a wide range of scientific disciplines, giving students and researchers the chance to include many different techniques and scientific interests in their work. A good example is the research Zelmari Coetzee is doing on the cultivation of grapevines in environmentally controlled chambers. Because of this, she attended the 5th International Controlled Environment Conference. The conference was in conjunction with AusPheno 2016, from the 19th to the 22nd of September in Canberra, ACT, at the CSIRO Discovery Centre. Zelmari presented her research during a poster session, which included her work on grapevines growing in environmentally controlled chambers located at the National Wine and Grape Industry Centre in Wagga Wagga.

This conference was exceptionally interesting and informative as the presentation covered a wide range of topics; from research on changes of Carbon Dioxide and Oxygen ratios during the earth’s lifetime and how this influences plant evolution, to the cultivation of plants in outer space! The conference included an especially interesting presentation at the Australian Academy of Science’s dome on “Plants in Space” during which the challenges of growing plants in the International Space Station was discussed by several internationally acclaimed researchers in this field. 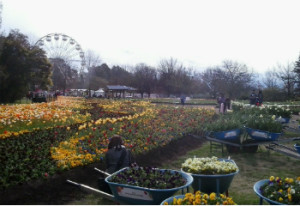 During her visit to Canberra, Zelmari was also lucky to have an afternoon without rain to be able to visit the Floriade flower show held at the Commonwealth Park in Canberra.

This entry was posted in Conference and tagged Conferences, Grapevine cultivation, Sciences. Bookmark the permalink.