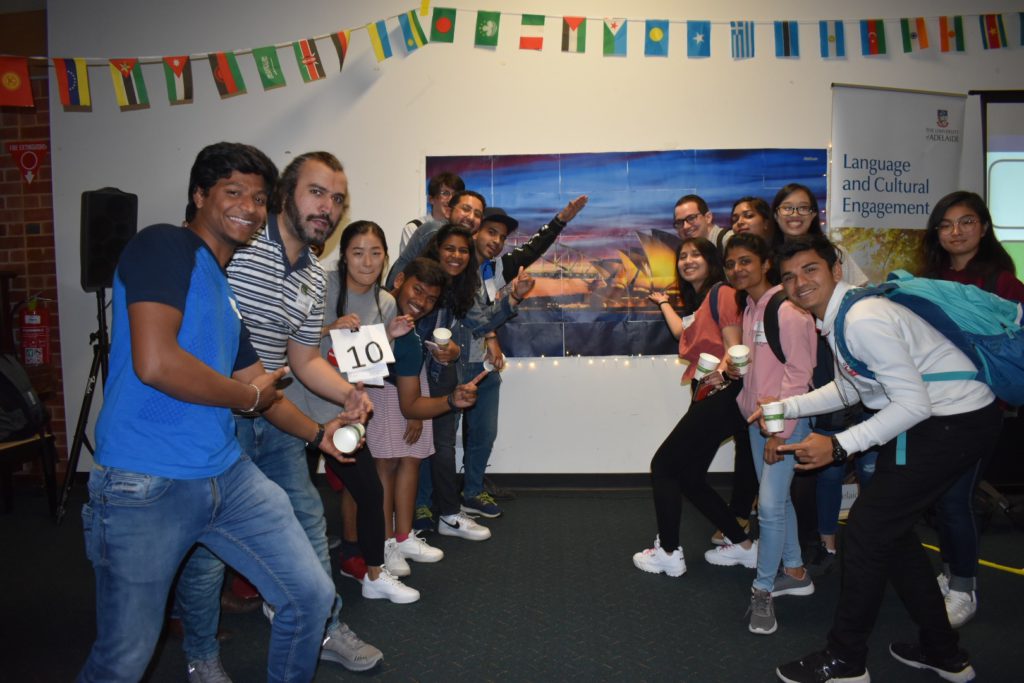 On the fourth level of the Union House, the Friday night of the first week back to university, students were lining up at the door and down the hallway outside Eclipse Room with high anticipation for LCE Aussie Night. LCE, which stands for Language and Cultural Engagement, is a culturally themed socialising program organized by International Student Support (ISS) to facilitate a welcoming environment for international students while generating a sense of belonging within this community. The program has been running for a decade, and at the beginning of every year, it features Aussie Night as a warm welcome for our new international students.

The event started with a presentation from Australian cultural ambassadors, who were also International Peer Mentors – an integral team of volunteers and indispensable extension of the ISS. Hawraa began with her remarks on why she was wearing a hijab and still calls herself an Aussie: Having been a refugee for over 20 years, she wanted to celebrate having gotten her Australian citizenship in 2019. Michael, who split his time growing up in Adelaide and Bulgaria, addressed the different languages being spoken in this country. Victoria, originally from Singapore but has been living in Perth for most of her life, attempted to convince the audience that vegemite is delicious and worth a try. Ali and Simone were wearing their jerseys while recounting their experience with playing netball and extreme sports. Daniel showed everyone about his trips in the outback, while Yasmine countered the representation of Australian multiculturalism in arts and films. This event was contributed by Wirltu Yarlu ambassador Justine as well, and she told everyone her story as an Aboriginal woman as a glimpse of the history of Aboriginal Australia. 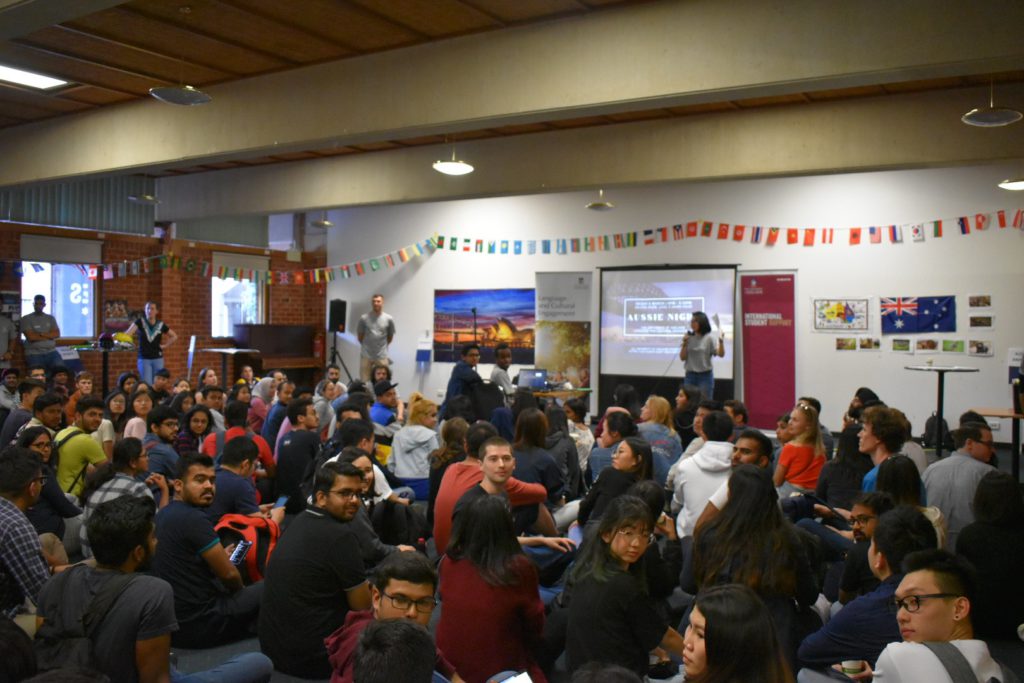 The event succeeded in establishing that not only is Australia awesome, but also that Australia embraces you no matter where you are from and what languages you speak. Aussie Night managed to advance a more organised and relaxed learning experience instead of the program’s signature ‘hectic’ atmosphere. The presence of the ambassadors with different backgrounds together helped celebrate multiculturalism with incredibly diverse domestic and international student bodies. By doing all these things, the event achieved in doing something it did not initially intend to – reminding us of the values we hold dear and the attitudes we need to get through any crisis at hand: inclusiveness, kindness, and an openness to learning and adapting. In hindsight, the night certainly brings back a nostalgic memory of simpler days when people were only alert and not alarmed about the coronavirus, or when toilet paper buying was a mere joke and not a social implication of this public health panic. But it also serves as a reminder in the face of fear and in spite of our many differences: As members of the society we are inextricably linked to one another, and thus we can only move forward through compassion, support, and simply extending a helping hand.

In the afterglow of a meaningful event, things changed at dizzying speed on campus. Events of more than 500 people have been banned, and students are increasingly alarmed by coming to campus. The coronavirus is a public health crisis, but undoubtedly it has also harbored major social changes and concerns. Despite hosting only 150 students, the events’ venues of Eclipse Room or Rumours Café are relatively small and cannot accommodate students’ need for social distancing. Thus, until further notice, LCE Aussie Night would be the only event that International Student Support holds this semester. 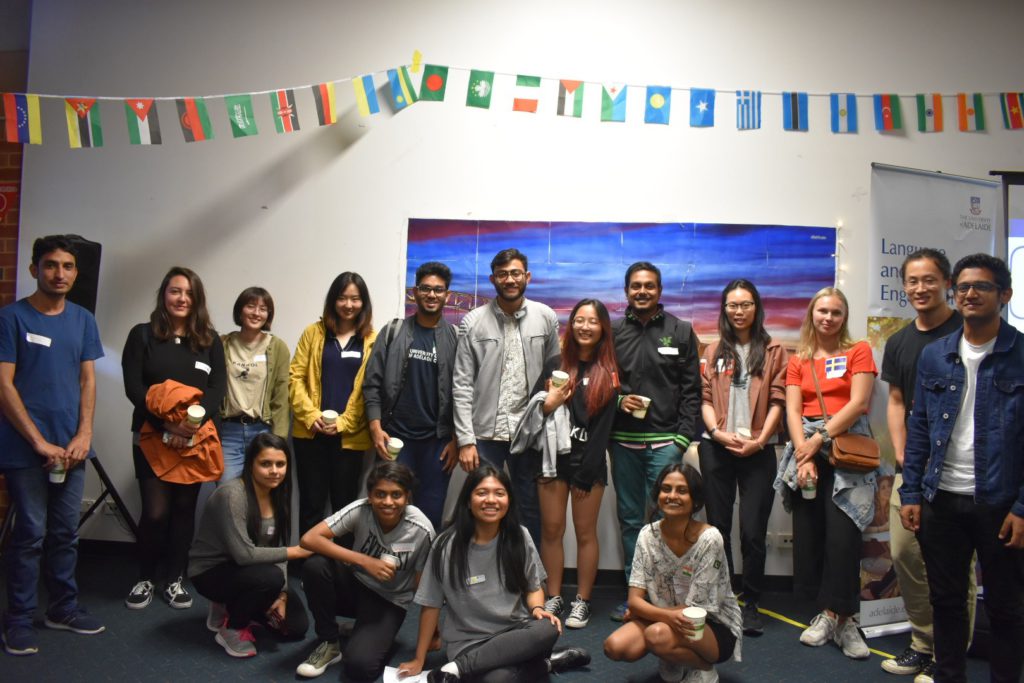 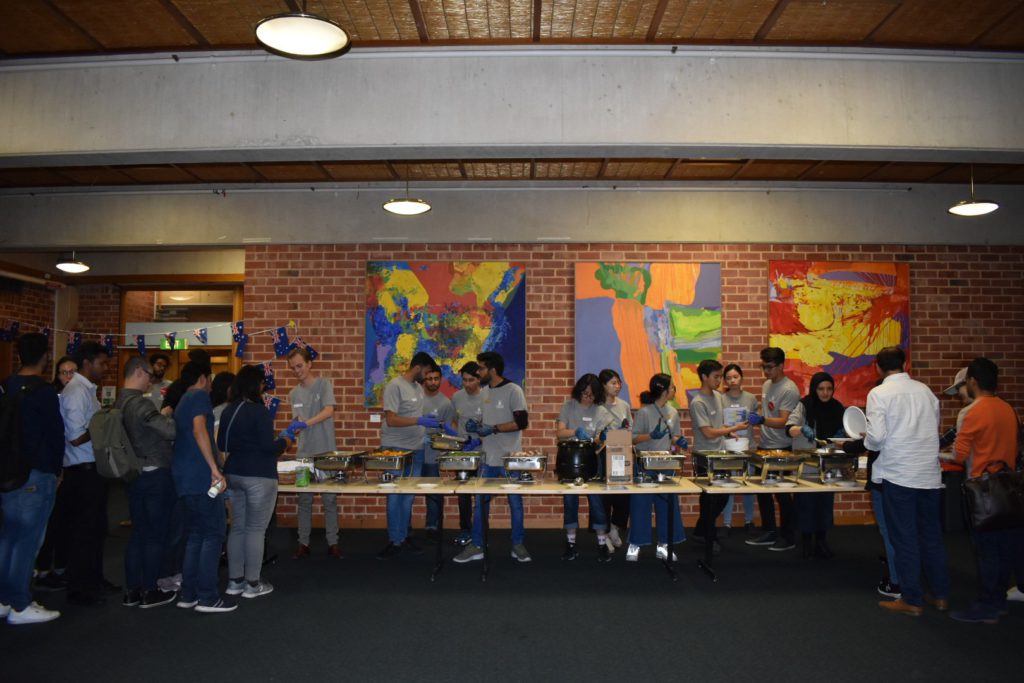 I am incredibly shocked and saddened by the postpone of our future LCEs. As an Event Manager, a volunteer and an international student, LCE means more than just a socialising night, it is the time when communities are built, a sense of belonging is formed and is attached to the university and the city of Adelaide. To be able to co-manage it with my friend and fellow peer mentor Lucia, to work and collaborate with the cultural ambassadors, and to see people coming together and having a great time, were nothing less than an absolute privilege. I had said this during the event’s debrief, but I think it is appropriate now to reiterate: Having been in all aspects of LCE event managing, I am deeply appreciative of how our students were so engaged with the event, and how the volunteers worked so well together while still stayed on their feet to take initiative and solve problems coming their way. It has dawned on me during these crazy and troubling times how much LCE Aussie Night has meant and how much it contributes to the culture of our campus. With this thought, I well up with tears and an enormous sense of pride.

May the next LCE event come about very soon. Stay safe, take care of each other, and I look forward to seeing you all there.