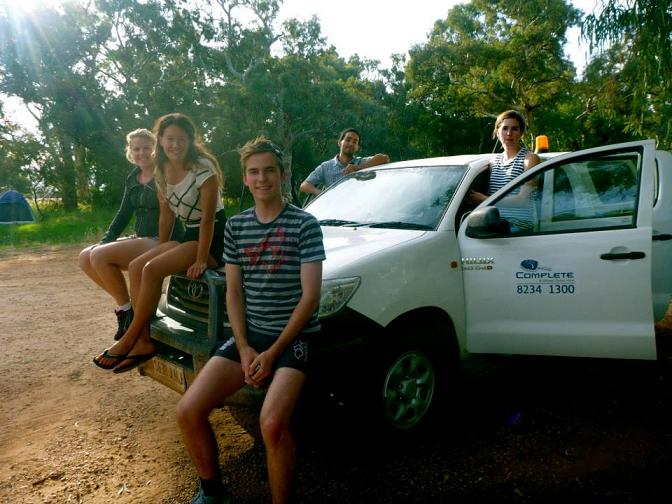 Written by Fraser, Katy and Sarah.

On day two, we woke up to a stunning sunrise with a few souls braving the icy water (the rest of us had a shower of the roll-on variety), before jumping into the 4 wheel drives and heading into Roxby Downs for a tour of the Olympic Dam mine site.

The tour started off with a dazzling BHP marketing presentation, purporting that ‘safety is our number one
priority’, ‘people are our greatest asset’ and that the
community and the environment are ‘our top priorities’. 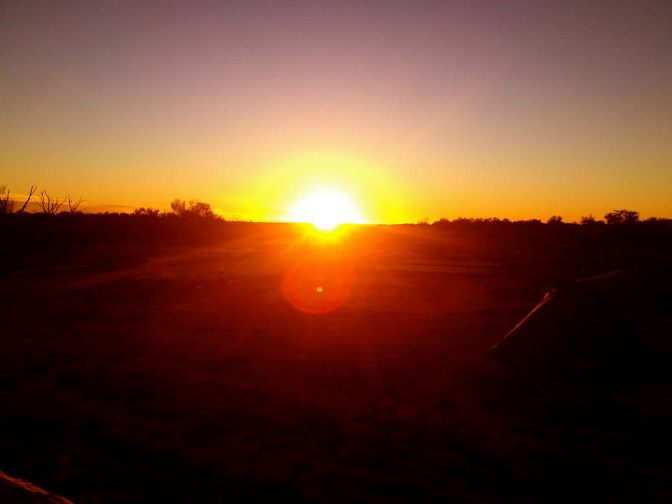 The sunrise over the tents

Following the presentation, we received a tour of the mine operating on the world’s largest known uranium and fourth largest copper deposits. We were not permitted underground, but were able to see the top of Australia’s largest underground rail system and a few of the workers who make it all happen were easily spotted in their high visibility work gear. The tour went past the namesake Olympic Dam; though rather than a glorious lake envisaged, we were disappointed to find a small muddy puddle which couldn’t possibly supply the 35 million litres of water the mine requires each day. As it turns out, this water comes from two bore fields hundreds of km’s north of the mine, pumped underground and desalinated before use.

The afternoon was spent in Woomera, starting off with lunch in the surprisingly flash Eldo Hotel, serving up
everything from croc to wallaby, kangaroo, emu and
everything in-between.

We then proceeded to the Woomera National Aerospace and Missile Park to learn about the Woomera Rocket Range project focussed on the development of long-range weapons systems. Much to Paul’s dismay, his car lights had been left on and engine refused to start. Luckily ‘Country Girl’ Katy came to the rescue and jump started the engine back to life. We then made our way back to Arid Recovery Reserve, where Pauls cooking skills redeemed his driving faux pas.

We ended the day with a guided night walk through the Arid Recovery Region by the lovely Perry Carter. Here, we spotted the endangered Western Barred Bandicoot (Perameles bougainville) which, once widespread, is now extinct on mainland Australia. Intense card games and political conversation over chocolate followed, with students dropping off like flies to bed after such a busy day.