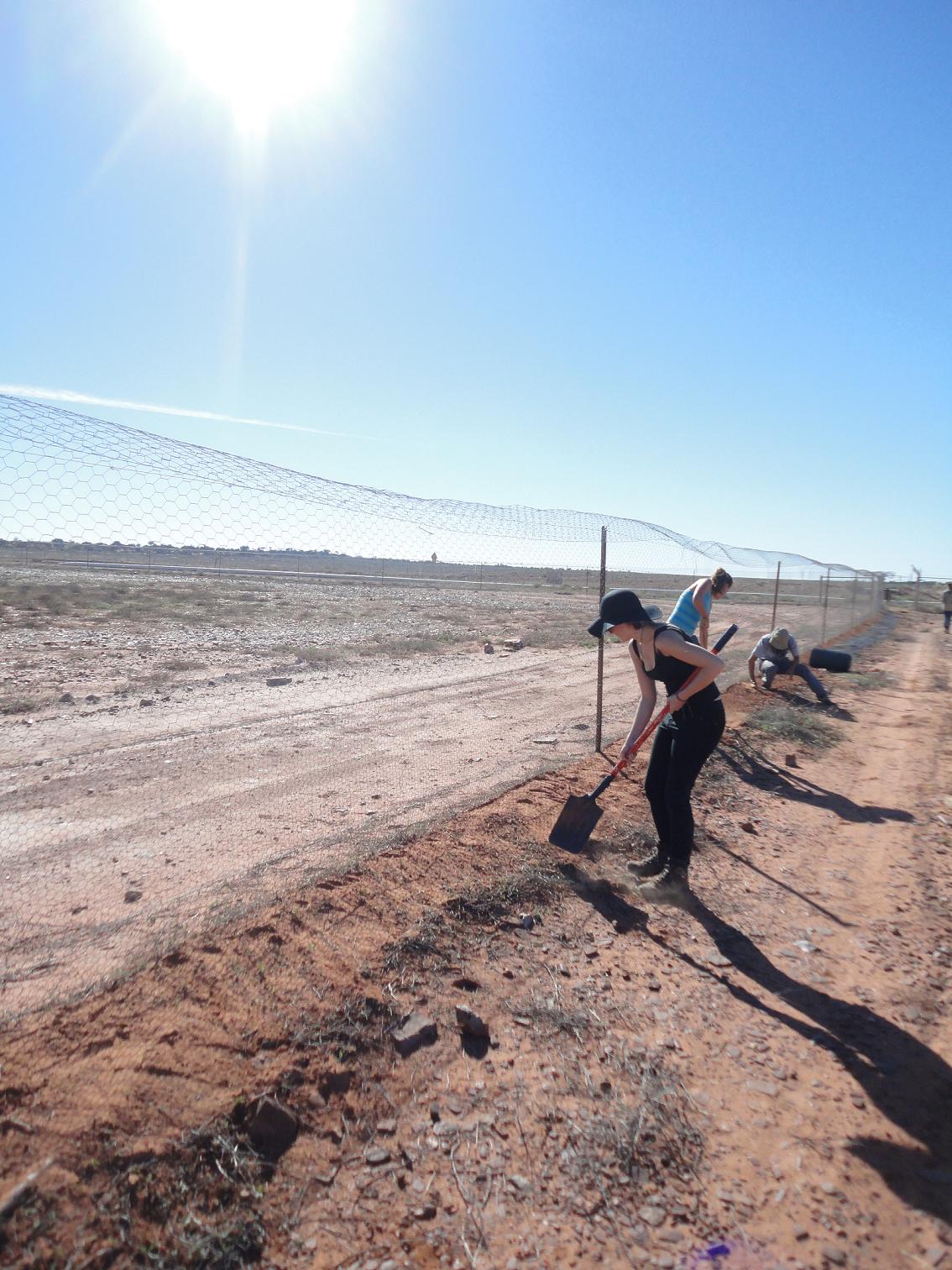 We arose early to view the glory of the arid environment on what promised to be a sunny day. Shortly thereafter, Perry (our liaison with Arid Recovery) led us to an area of the fence that needed maintenance. Over 70 kilometres of fencing is in place around the Arid Recovery zones to keep feral animals from entering the controlled area where native animals that were previously extinct from the mainland, such as Burrowing Bettongs, Bilbies and Bandicoots, have been re-introduced. Once at the fence, Perry explained the fencing process and the continuous work that is required in order to protect native wildlife in these remote areas. The hours we spent struggling with fiddly staples laying down the mere 200 metres of fence left us with a renewed appreciation for the work done by the Arid Recovery; raising awareness of the necessity for continuing developments in this area remains a vital endeavour. 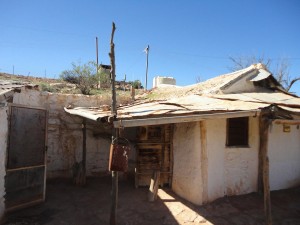 A historic miner's hut in Andamooka

After lunch, we piled into the 4WDs and headed for Andamooka. A seemingly deserted town, we were surprised to learn that many of its population still mine opal in the nearby hills. We visited the historic miners’ huts and humpies, partially inset in the rock behind them. It was an attractive kind of mess – haphazard, yet it retained more character than the well-to-do and highly organized township of Roxby Downs.

We stopped at the local cemetery and – expecting this to be a sombre experience – we were pleasantly amused by the quirky personalities of the townsfolk that shone through in the quotes and offerings left at many of the memorials. We then, rather spontaneously, took a bumpy, dirt track in search of the banks of Lake Torrens, a salt lake. The bushland was greener than expected, filled with mud puddles. While the day had started off bright, the good weather was bound for change, and we drove on as the clouds thickened. When we reached the lake, it had enough water to retain its title and the edges were brimmed with white. Some of the girls wanted to turn back to swim in one of the pools we drove past, excited by the sight of so much water after so long with minimal facilities. 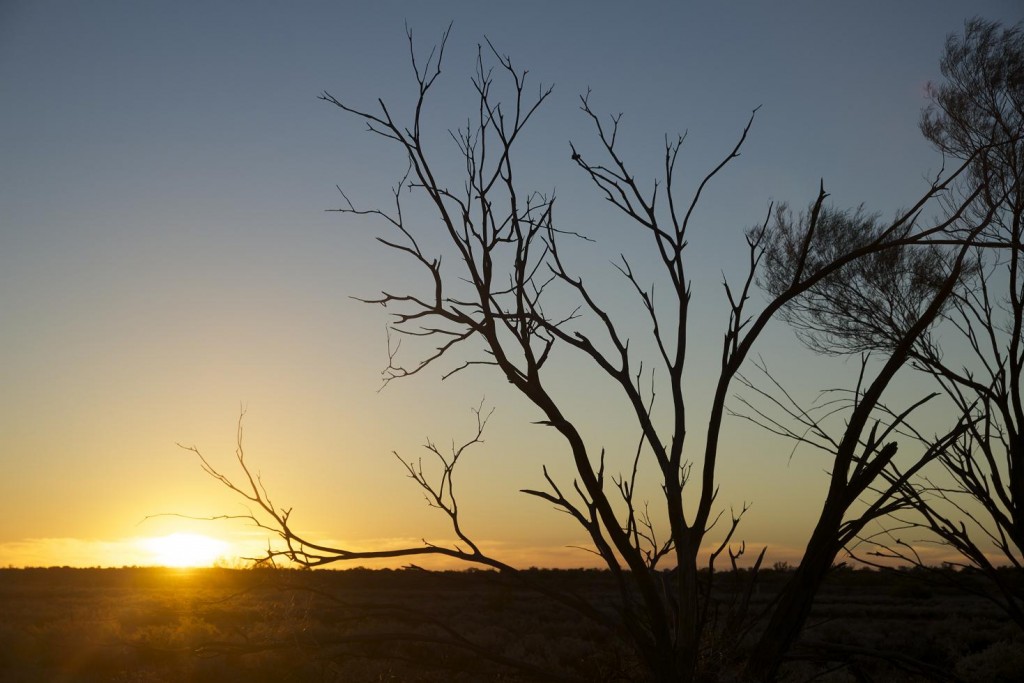 Sunsetting over the outback plains

Considering the road was often surrounded by vegetation, losing the road was not a difficult task and during the drive back one of the vehicles veered off-road for some adventurous driving. We followed along for a while, before Paul encouraged the others to make it back to the dirt track, expressing concern for his own vehicle, which was being driven by another staff member.

On our return to Arid Recovery, some of the group made their way to the viewing platform in an attempt to catch the rapidly-approaching sunset. While the cloud somewhat obscured the view, it was a fitting end to another productive day.