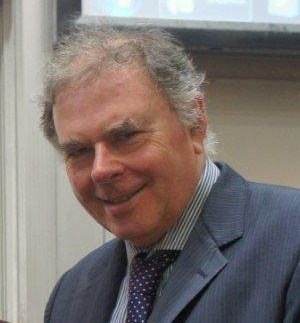 Professor James Crawford AC SC has been elected as a judge of the International Court of Justice. He is one of the world’s leading international lawyers, and one of our most distinguished alumni, as recognised by the University’s Distinguished Alumni award in 2012.  He was awarded the highest Australian honour, the Companion of the Order of Australia, in 2013. His connection with Adelaide Law School started as an undergraduate where he studied under international law Professor DP O’Connell, continued as an academic, holding a personal chair from 1982. As well as holding the Whewell Chair at the University of Cambridge since 1992, his reputation as an international lawyer and jurist has continued to grow, appearing in key cases before international tribunals  and bodies ( including the ICJ itself),   as a lawyer, rapporteur and  distinguished expert witness.

Professor Crawford has maintained his connection with the University and the Adelaide Law School, and has been a frequent visitor, particularly to attend the James Crawford Oration in International Law which has been held biennially in his honour, since 2003. He and his family have been generous supporters of the Law School and he has taken a keen interest in its students, particularly in the field of mooting and international law.

The Adelaide Law School is delighted by this announcement. It is difficult to overstate the significance of this appointment. He is only the second Australian to be appointed to the International Court of Justice and his appointment is a crowning achievement and recognition of his eminence on the international law world stage. For the University, and Adelaide Law School we are proud to have him as a friend, supporter and inspiration for us and our students, and that we are able to continue, and build upon, our tradition of international law scholarship to which he has made an immense contribution.