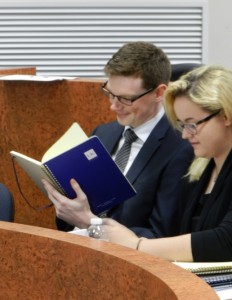 From the 4th of February to the 7th of February, students from Adelaide University Law School competed against 16 other teams in the Australian Round of the Phillip C Jessup International Law Moot held in Canberra. The team comprised Shauna Roeger, Peter Tidswell, Isabela Deveza, Patrick Leeson and Danielle Gilby. The team was coached by Mark Giddings and Associate Professor Dale Stephens.

Such was the competitiveness of the competition that the Adelaide team was unable to progress to the final rounds, which were won by the very deserving team from the University of Sydney.

The Adelaide team enjoyed success with its written submissions, winning the prize for second runner-up for best respondent submission and placing fifth with its applicant submission. Each written submission comprised around 10,000 words and represented several months of intensive research and writing in relation to complex issues of international law.

In practices and at the competition the team achieved a high standard of oral advocacy, which was reflected in the judge’s scores. During practices the team were assisted by guest judges from Lipman Karas, Anthony Mason Chambers and each of Adelaide’s three main universities. The final practice saw the team making oral submissions before the Hon Catherine Branson QC. 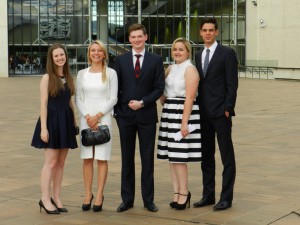 The team in front of the High Court.