The subclass 457 visa has been the subject of increasing controversy ever since it became a political issue in the lead up to the 2013 Federal election. There was widespread concern the 457 visa was being rorted by employers using temporary migrant workers in areas where no domestic skill shortage existed. 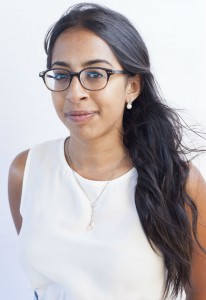 Dr Joanna Howe from the Adelaide Law School has advocated for the establishment of an Australian expert commission to improve the functioning of the 457 visa programme. She advanced this proposal in a 2014 submission to the 457 visa independent review. This was adopted in the review’s final report as one of its two core principles. A copy of this report can be found here.

In a number of scholarly articles, Dr Howe has established that a key problem with the current regulation of the 457 visa programme is the absence of a dedicated mechanism to determine skill shortages in the Australian labour market. She has argued that an Australian expert commission charged with conducting independent labour marketing testing could rectify this.

Drawing upon Dr Howe’s research, in March 2015, the Federal Government announced that it will establish an expert commission by reconstituting the ‘Ministerial Advisory Council on Skilled Migration’. Importantly, the MACSM will have a new labour market analysis resource which will be used to identify skill shortages in order to develop a more ‘responsive and transparent’ Consolidated Sponsored Occupations List so that this list actually represents not just skilled occupations, but occupations which are in shortage. The MCSM will be tripartite and have representatives from unions, employer peak bodies and government. Whilst this is not the whole answer to the regulatory challenges posed by the 457 visa programme, it’s certainly a step in the right direction.

Dr Howe was commissioned by The Australian to write an op-ed on the issue for today’s paper, which can be found here.