‘He who enters here, leaves noise behind’ – Charles Dickens

Our Thursday opened with a tour of the London Inns of Court, the historical professional associations for barristers in England. We met our guide, an excitable English gentleman with a classical Victorian flair, and he eagerly chaperoned us to Gray’s inn.

Originally self-contained Inns for housing London’s barristers, the four ‘districts’ – Inner Temple, Middle Temple, Lincoln’s and Gray’s – evolved, over time, into the centralized homes and meeting points for the legal profession in London.

(They were, as we were told, also recently sets for the Muppets Most Wanted and Tom Cruise’s up-and-coming disaster).

The tour proceeded through several scenic, insular districts which did justice to Dickens’ remark at the top of the page. Separated from the surrounding streets by enclosed tunnels and security guards, the Inns are self-governing districts independent of the City of London and City of Westminster, reinforcing the intended independent and unbiased position of the legal profession. The tour also highlighted the historical traditions of the legal profession, while the eighteen-month waiting period for admission provided comfort for our budding lawyers looking for jobs in little ol’ Adelaide.

In addition to their functional purpose, the Inns of Court are distinguished as the location of the first performance of Shakespeare’s Twelfth Night, with monarch Elizabeth I in attendance, the former meeting place of the Knights Templar, and former offices of Charles Dickens. Nearby, we saw Ede & Ravenscroft, the supplier of our future wigs and robes when we are admitted.

Following a quick lunch break, we ventured to the Victoria and Albert Museum for a guided tour of the exhibition “All This Belongs to You” by one of its curators, Rory Hyde. The tour began with a focus on the provision of charity for all museum patrons, and in turn, the development of the museum as a space for community engagement. Alongside classical sculptures, iron works and historical collections, it was interesting to see contemporary exhibits, including a prototype of the first 3D-printed firearm and the laptop of infamous whistle-blower Edward Snowden. The tour concluded with a visceral contrast to the opening emphasis on charity, with an exhibit of metal ‘anti-homeless’ spikes placed to deter sleeping in public spaces.

After our tour finished, the group was left to its own devices. Some remained at the V&A to idly explore the exhibits which we had not covered during the tour. There were numerous; in one author’s case, despite all efforts, two whole floors remained unexplored, a testament to the size of what has been called one of London’s most incredible museums, amongst a rather impressive lineup. Others went to the Prince of Wales Theatre to enjoy an obscene evening at the Book of Mormon. The wiser among us went back to the hotel to watch the leaders debate.

We had an excellent day, all of us grateful not to have wound up on Carey Street. 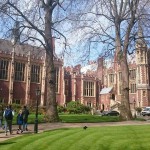 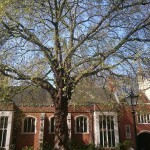 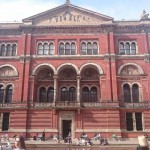 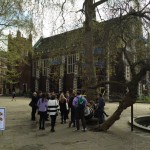