The tragic death of Dr Duncan in May 1972 was a catalyst for gay law reform in Australia.  The newly appointed lecturer to the Adelaide Law School drowned in the Torrens after being a victim of a homophobia attack.

The event was attended by the Chancellor, Rear Admiral The Hon Kevin Scarce AC CSC RAN (Rtd), Vice-Chancellor & President, Professor Warren Bebbington, former Chancellor, The Hon Robert Hill AC, members of the judiciary, profession, the Parliament, leading members of the community and staff and students of the Adelaide Law School.

The Hon Michael Kirby also announced the establishment of a scholarship in the name of Dr Duncan for students in financial need who have demonstrated commitment to LGBTIQ issues.  For those interested in supporting the scholarship please contact the Adelaide Law School on 8313 5172 or James Litt, Development Officer for the Faculty of the Professions on james.litt@adelaide.edu.au. 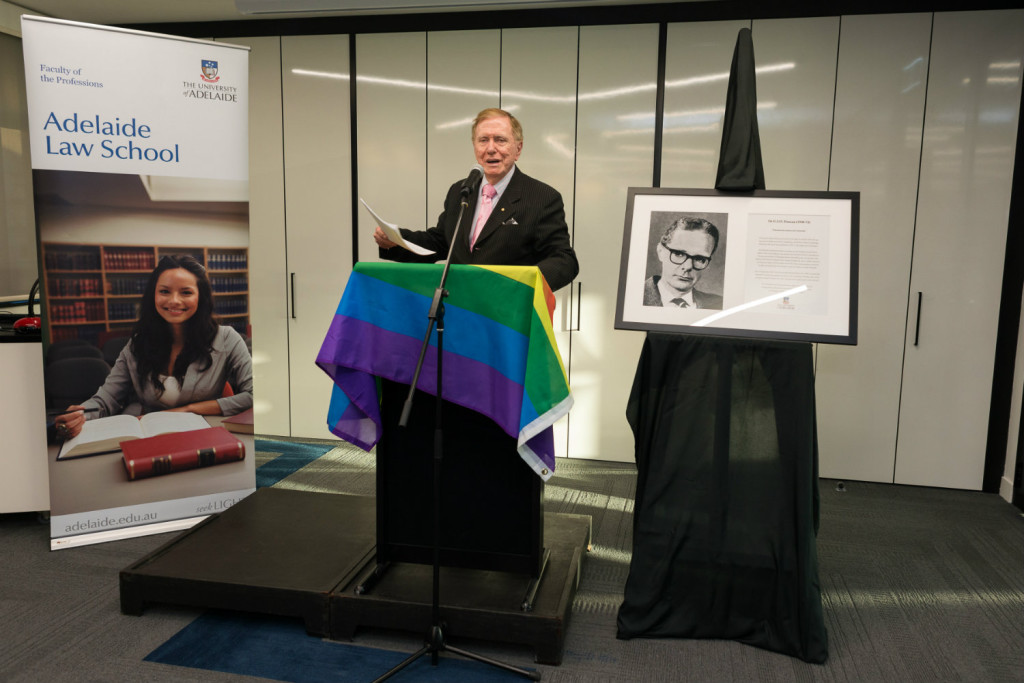