On 2 September, His Excellency the Honourable Hieu Van Le, Governor of South Australia formally launched the Adelaide Research Unit on Military Law and Ethics (RUMLAE) in the Ballroom at Government House.  Over 100 guests attended the event representing Government, Industry, the Red Cross and the University.  The principal address was delivered by His Excellency the Governor, as well speeches by the Director General of the Defence Force Legal Service, Air Commodore Chris Hanna CSC as well as the Chancellor of the University of Adelaide (and former Governor) Rear Admiral the Honourable Kevin Scarce AC CSC RAN – Rtd.

The objective of RUMLAE is to explore and analyse contemporary challenges in the areas of military law, national security, international law, military justice, international relations and strategic policy.  RUMLAE aims to facilitate the emergence of a creative inter-disciplinary dialogue in these areas among scholars within SA, nationally and internationally.

Following the launch of RUMLAE on 2 September, an associated seminar on ‘Contemporary Challenges in Military Law and Ethics’ was conducted at the University of Adelaide Law School on 3 September.  The opening address was provided by The Honourable Martin Hamilton-Smith, Minister for Defence Industries who spoke of the challenges caused by modern technology and the need for continued human oversight of the deployment and use of advanced weapons systems.  This was followed by a keynote presentation by Commodore David Scott OAM RAN on ‘Future ADF Capability, the Law and Industry’.  A phalanx of speakers and panels then followed that addressed issues of National Security, Military Operations Law and Military Justice.

Warfare remains law’s most intractable challenge, so complete has the legal vocabulary become that languages of strategy, politics and ethics are frequently fused in moments of legal decision.  It will be the role of RUMLAE to deconstruct these layers and to identify moments of clarity in the manner in which choices are made and actions authentically taken under the law.

Particular attention in the RUMLAE research agenda will be given to ethical and moral issues relating to the use of force and the dimension of national security. The Unit is dedicated to better understanding how discourses of violence are both created and understood, and how they can be mitigated. 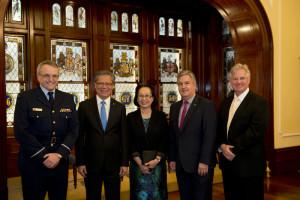 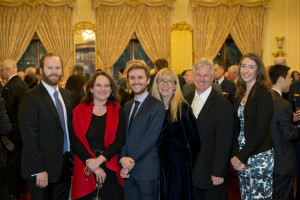 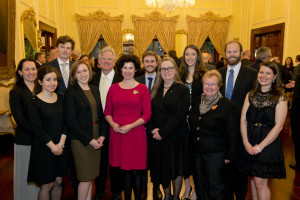