The Adelaide Research Unit on Military Law and Ethics (RUMLAE) was very pleased to have recently co-hosted a workshop on issues relating to ‘Naval Power in the Indian Ocean’.  RUMLAE worked with co-sponsor, the China Maritime Studies Institute (CMSI) based out of the U.S. Naval War College located in Newport, Rhode Island, USA (Director – Professor Peter Dutton) to bring together senior military and academic specialists in this field.  The Workshop was based in Honolulu, Hawaii and was conducted over the period 12-13 January 2016.

The Indian Ocean is fast becoming a location of enhanced commercial and strategic significance.  It also plays venue to emerging ideas relating to Chinese conceptions of a new ‘maritime silk road’, Indian coastal state security concerns as well as US freedom of navigation activities and the associated maintenance of maritime access to the Middle East area of operations.  Panels were conducted during the workshop that addressed broad issues relating to Maritime Cooperation and Sea Lane Security in the Indian Ocean, National Security Interests and the Indian Ocean, and finally the Maritime Governance and the Indian Ocean.

The Workshop saw the attendance of senior military and naval officers, Government officials as well as academics who all participated in the proceedings with particular candor and frankness.  RUMLAE Director, Associate Professor Dale Stephens presented a paper on the role of law in providing a means, or at least a vocabulary, for resolution of issues. RUMLAE Deputy Director, Professor Melissa de Zwart and RUMLAE management board member, Associate Professor Matthew Stubbs each skillfully moderated very intense panels that ignited considerable debate during the conduct of the workshop.  Adelaide University’s contribution was made complete with Dr Lee Cordner’s (Indo-Pacific Governance Research Centre) excellent paper on national security interests in the region with particular emphasis on the impact of climate change in the unfolding national security calculus.

The workshop was universally regarded as delivering on its promise of meaningful exchange.  It represented the first major international event that RUMLAE has conducted and it could not have been a more successful start to RUMLAE’s programme of inter-disciplinary engagement and research.  RUMLAE is progressively editing papers arising from the workshop, which can be viewed online. 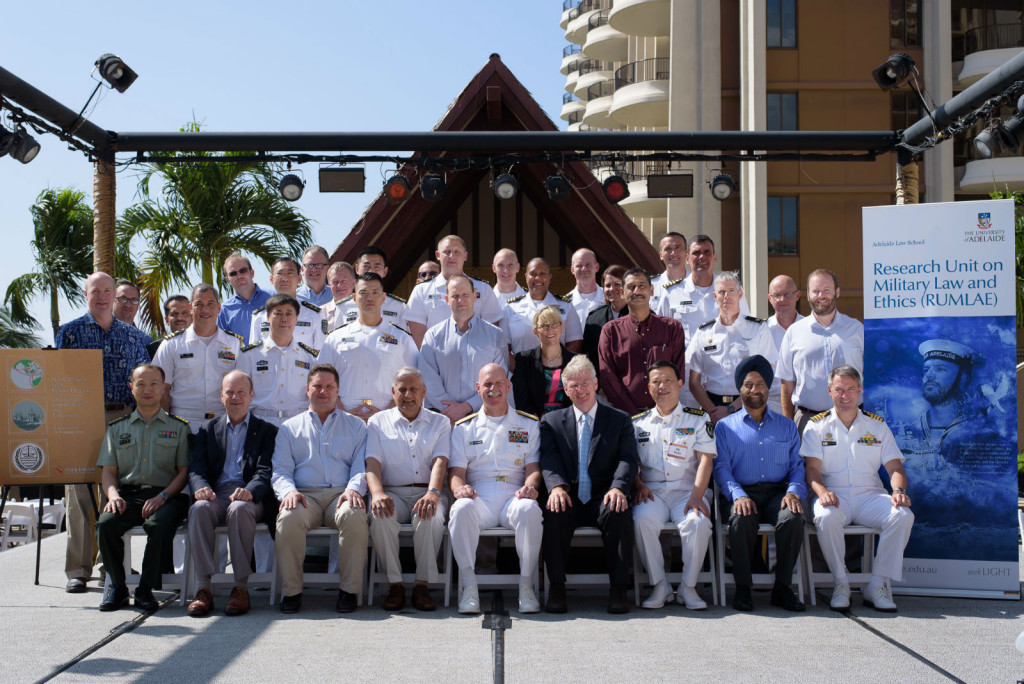